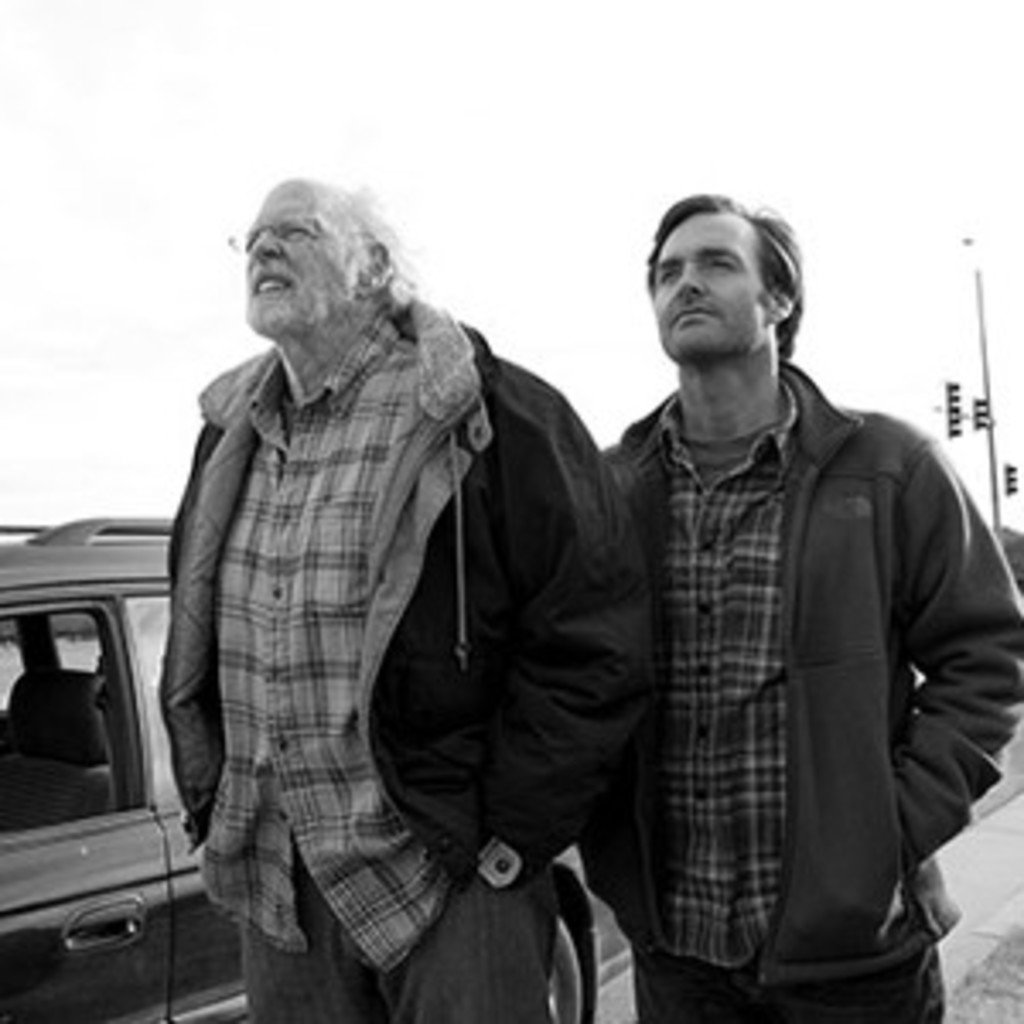 Nebraska reminds people that Bruce Dern is still a damn good actor. Director Alexander Payne’s (The Descendants, Sideways) sixth feature showcases brilliant performances by Dern as well as Will Forte, playing younger son David & June Squibb as Kate, his long suffering yet fiery wife. Woody Grant (Dern) is a retired old codger who has to go to Lincoln, Nebraska to claim his million dollar prize in a Publisher’s Clearinghouse-type sweepstakes. David (Forte) decides to shake up his stalled life by driving Woody to Lincoln even though he and everyone else knows that it’s a scam & Woody didn’t win any money. Cue up a road movie! This time out the movie is in glorious black & white as Father and Son head down from Montana to Nebraska.

Complications ensue and the fellas end up in Hawthorne, Nebraska where Woody grew up and also where most of Woody’s brothers still live. The road movie morphs into a coming home tale where Woody is the talk of the small town for winning a load of dough. This good fortune brings old friends & family members out of the woodwork looking for cash paybacks from long held grudges and misremembered debts. Memorable is Stacy Keach as Ed Peegram, Woody’s old business partner in garage they ran. Bob Nelson’s script nails down the nicey-nice humor and oddball tendencies of small town Midwestern life. As a veteran of that environment I can attest to the film’s verisimilitude, warts and all. There is plenty of laughs too, most from Squibb as she has reached that age where she doesn’t give a crap about what she says and who it offends. Dern’s fading, near Alzheimer’s Woody has rightly garnered a lot of accolades, well over-due for an actor who has been plying his craft since the 60’s.

Nebraska is a winning, heartfelt comedy that will serve as a nice antidote to a lot of the heavier-themed movies being released as award season heats up. It is playing at Landmark’s Chez Artiste theater. Click HERE for times and tickets. 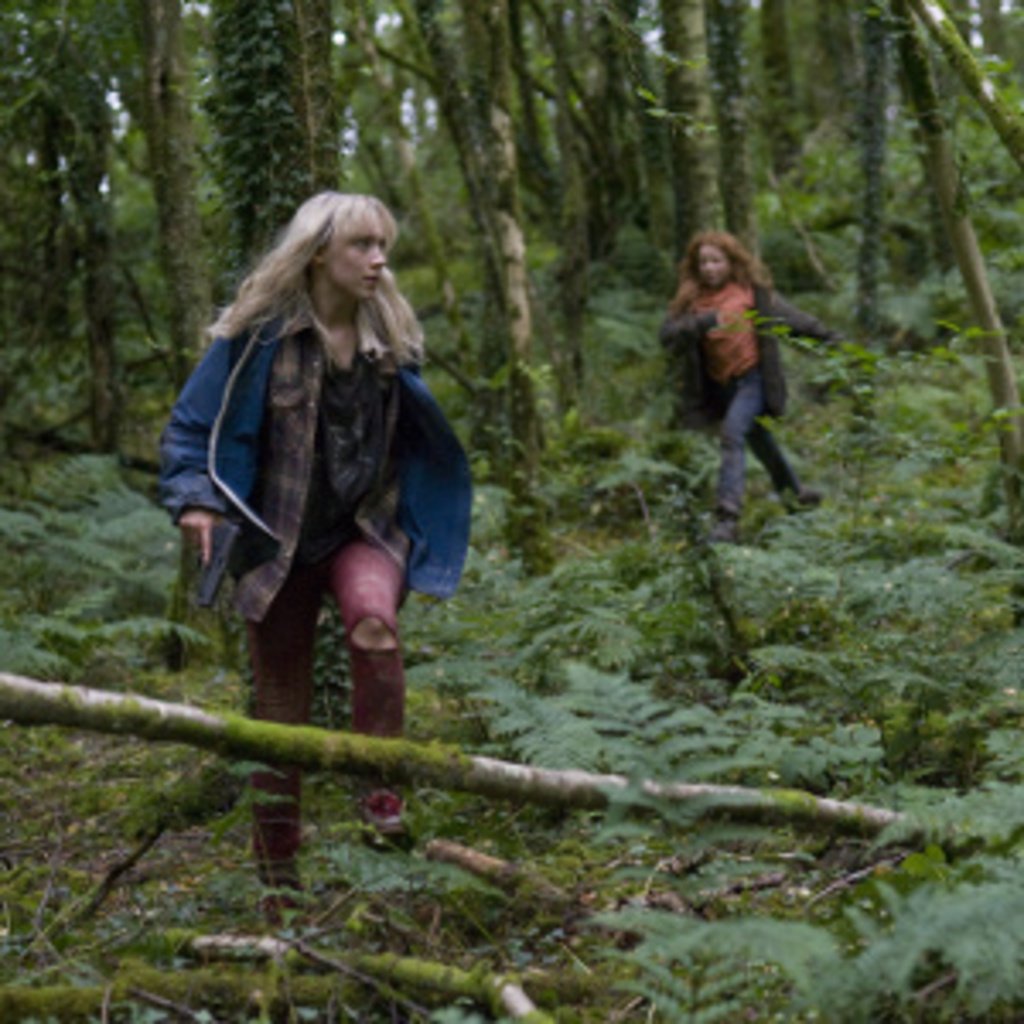 How I Live Now

If you took The Road and set it in an England similar to the one in Never Let Me Go and filmed the whole thing like a jeans commercial, then you would have How I Live Now. Is this necessarily a good thing? Or a bad thing? The movie straddles that balance, never being too-dystopian like Children of Men while also not sinking into some vapid teens-in-love-in-the-countryside movie either. Saoirse Ronan plays Daisy (her 2nd movie this year playing Daisy, how did she get passed over for The Great Gatsby?) an American girl sent to live with her cousins in England. She has the good fortune to show up in a militarized England on the precipice of WW3 breaking out. She is the consummate sullen teen, addicted to her iPhone & headphones who thinks everything sucks, most of all her dad for sending her there.

Luckily for her she meets the hunky Eddie (George McKay) who excites her loins enough to stop making her a complete c-word to her cousins Issac (Tom Holland) and young Piper (Harley Bird). Then London is bombed and the kids are sans adult supervision. Perfect, right? Well for a day, then marital law is declared and the proverbial shit hits the proverbial fan. The movie keeps the serious action pushed to the periphery for the most part, which is a strength. The trouble for the story comes as we separate the boys from the girls only to have the movie flounder around a bit too much. It felt like it wanted to be a tv show which would give it the luxury of many hours to tell it’s story. That said, the movie manages to get by on mood for the most part, your enjoyment of that mood will be the determining factor in how you like this film. Ronan is an interesting enough young actress to pull this movie off yet I was left with a sense of wanting more.

It plays at the Mayan Theater along with holdover Kill Your Darlings and one of, if not the, best movie of the year 12 Years a Slave. 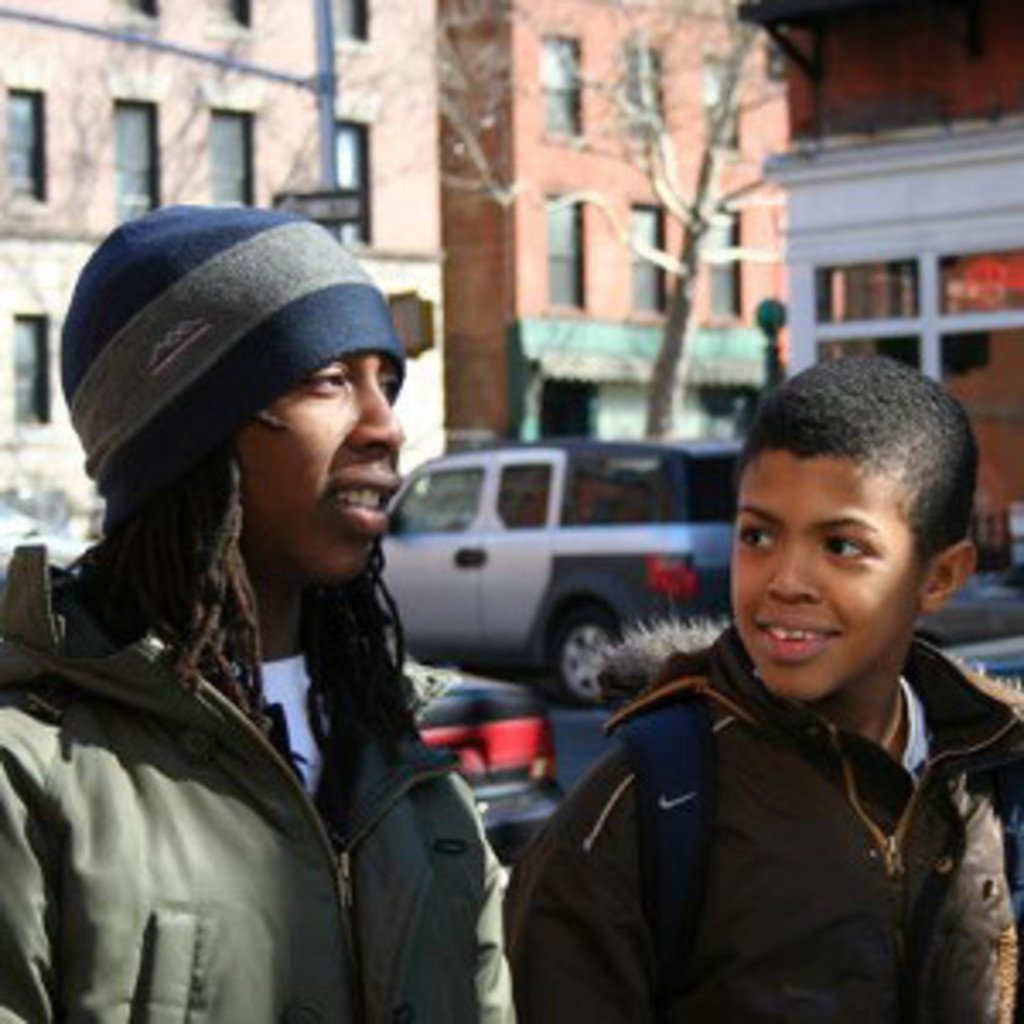 American Promise is an intimate documentary that follows two young African American boys over the span of 13 years. The movie captures the trials and tribulations of the filmmaker’s son Idris Brewster and his friend Seun as they are enrolled in a predominately white prep-school. The hope is that their journey will help inspire other young African-American boys and girls to close the achievement gap in academics. Beginning when the boys are 5 and following the through high school graduation, the movie paints a portrait of the difficulty of assimilation without losing one’s own cultural identity. Life in ObamAmerica is not post-racial like many pundits and media outlets want to tout. All one has to do is look at recent efforts to disenfranchise black voters in the South and the assault on the Voting Rights Act to notice racism is not going anywhere. Yet. Documentaries like this one will help to put real faces on the pressures and problems that young African-Americans still face in this country. Idirs and Seun end up on parallel yet separate paths in the films, offering a study in contrasts. Produced by the PBS series P.O.V., American Promise will also be accompanied by a book and a national tour to bring more attention to the challenges these children face. The documentary plays at the SIE Film Center, check times and tickets HERE. For all of the Saturday showings, director Joe Brewster will be in person so head over and catch a showing.

Also playing at the SIE Film Center is the ultra-bleak Sunlight Jr. starring Naomi Watts as Melissa, a gas-station clerk , in easily her most white trash role ever. Melissa is shacked up with a crippled boyfriend Richie (Matt Dillon) who is always scheming and dreaming of a better life for the two of the. Then Melissa gets pregnant and her sleazy ex (played by Norman Reedus as the exact same redneck that he plays on The Walking Dead) starts dropping by making everything worse. The movie was directed by Laurie Collyer who also directed the Golden Globe-nominated Sherrybaby,another bleak portrait of poor, working class Americans. While not necessarily my cup of tea, you have to tip your hat to the gritty, realist performances by the actors of characters that we don’t normally see up on the big screen.

Oh yeah, there’s another movie opening up with Jennifer Lawrence….I can’t think of the name of it….maybe you have heard of it?

As always, have fun at the movies and be kind to each other.