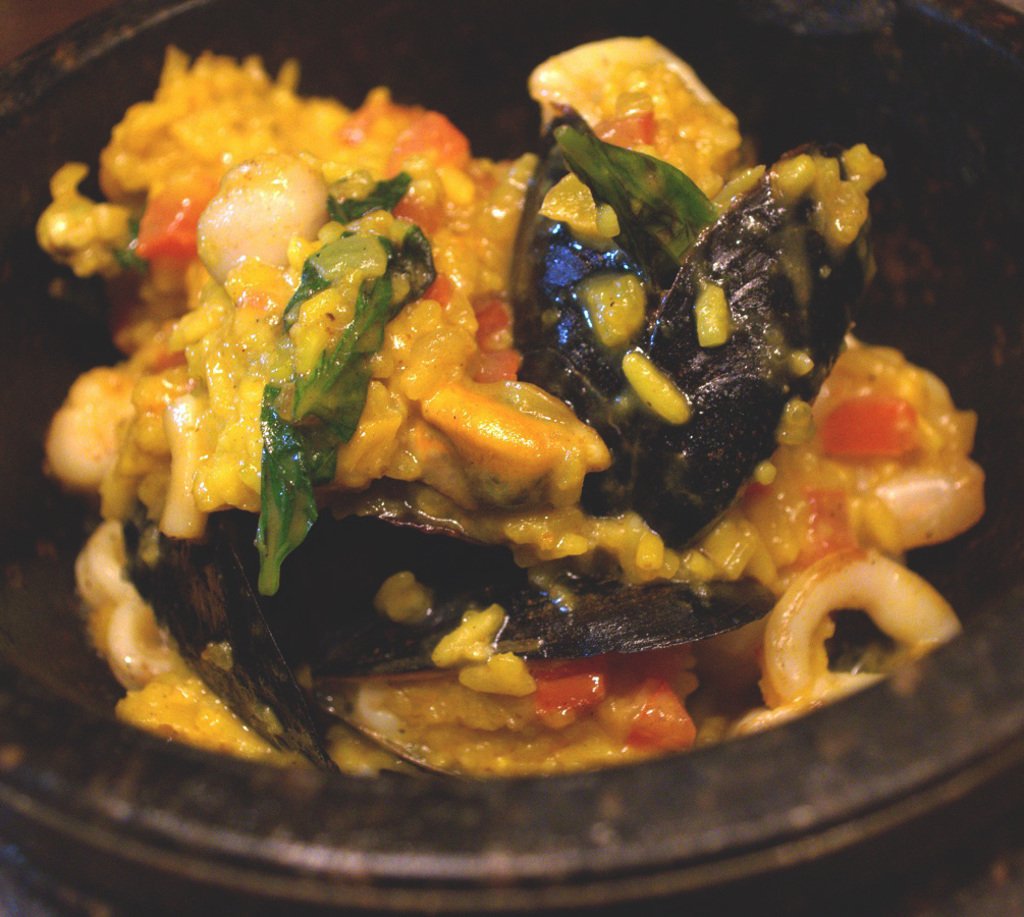 Fork It: From Peru to Malaysia at Zengo 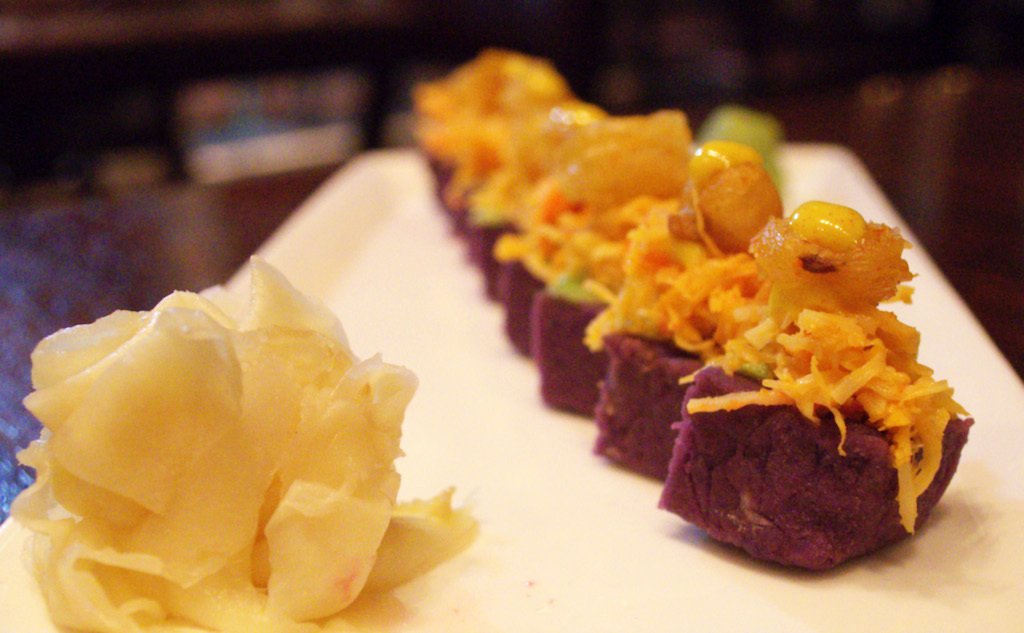 What: The adventurous new Peruvian and Malaysian Test Kitchen menu.

When: October 1st to December 31st after 5pm.

Pros: Zengo allows you to travel from Peru to Malaysia without leaving Denver. This restaurant  is a staple and it always presents new and exciting ideas. There are unexpected flavor combinations in the specialty cocktails the Shiso Jito and the Pisco Elevation. The star of the international food tour was a delicious seafood paella Arroz con Mariscos. The Char Roasted Skate Wing might also blow your mind.

Cons:  There were some dishes that were underwhelming. The  Spicy Crab Potato Sushi left an impression of too much starch, not enough crab despite its beautiful presentation. 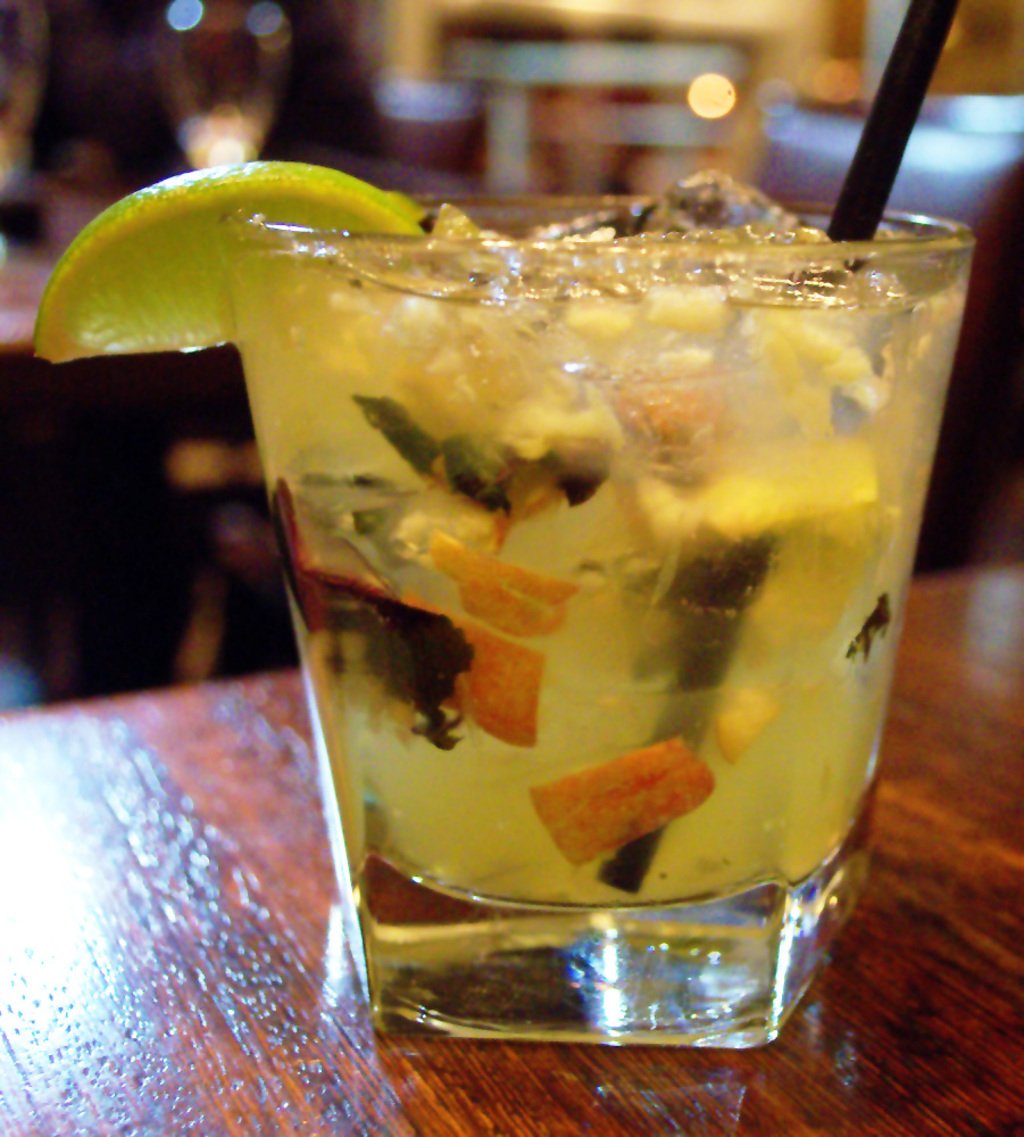 Richard Sandoval is a master of blending international cuisine. He and his team at Zengo work tirelessly to combine the exotic flavors of Latin fare with the elegance and simplicity of Asian technique. Their level of creative dedication is always admirable but their newest concept, the Test Kitchen menu, takes innovation to a whole new level. The seasonal TK menu shifts Zengo’s  focus from general Asian-Latin fusion to a more specialized vision. Chefs have freedom to incorporate new styles of preparation and tastes from two wildly different nations of their choosing. This season they take diners from Peru to Malaysia.

From their new menu I first fell in love with the Pisco Elevation Cocktail. Made with three simple ingredients: lychee, pisco lapel and elder-flower liquor, this drink perfectly was balanced.  The other featured drink, the Shiso-Jito, was colorfully comprised of Peruvian rum, fresh shiso, fuji apple, and hints of lime. I ended up chewing a large portion of the drink but the fresh pieces of shiso and apple made it worth the while. And the surprises didn’t stop there.

There were more delicious dishes than countries in the tour. Yet the starting dish, a Purple-Potato and Crab Sushi, was one that underwhelmed. The crab was minimally portioned and its flavor lost. The crunchy texture of the Crispy Corn Cancha on top was simply flattened by the starch of purple potato. It was overall lacking in the bold flavors the rest of the test kitchen confidently boasts. Sandoval and the brilliant Zengo chefs proceeded to make up for it.

Our culinary vacation had just begun. The next dish on the Test Kitchen menu was a tasty Chicken “a la Brasa” Satay. The satay dazzled other diners as it came out on sword-esque skewers which the waiter then serves for you, making the presentation a huge part of the experience. I was blown away by the fresh flavor combinations in the cucumber rocoto salsa. The mild notes in the peanut sauce were good, nothing special but delicious none the less. The dish was unexpected as far as my expectations of Peruvian and Malaysian cuisine. There truly are twists and turns in every course. 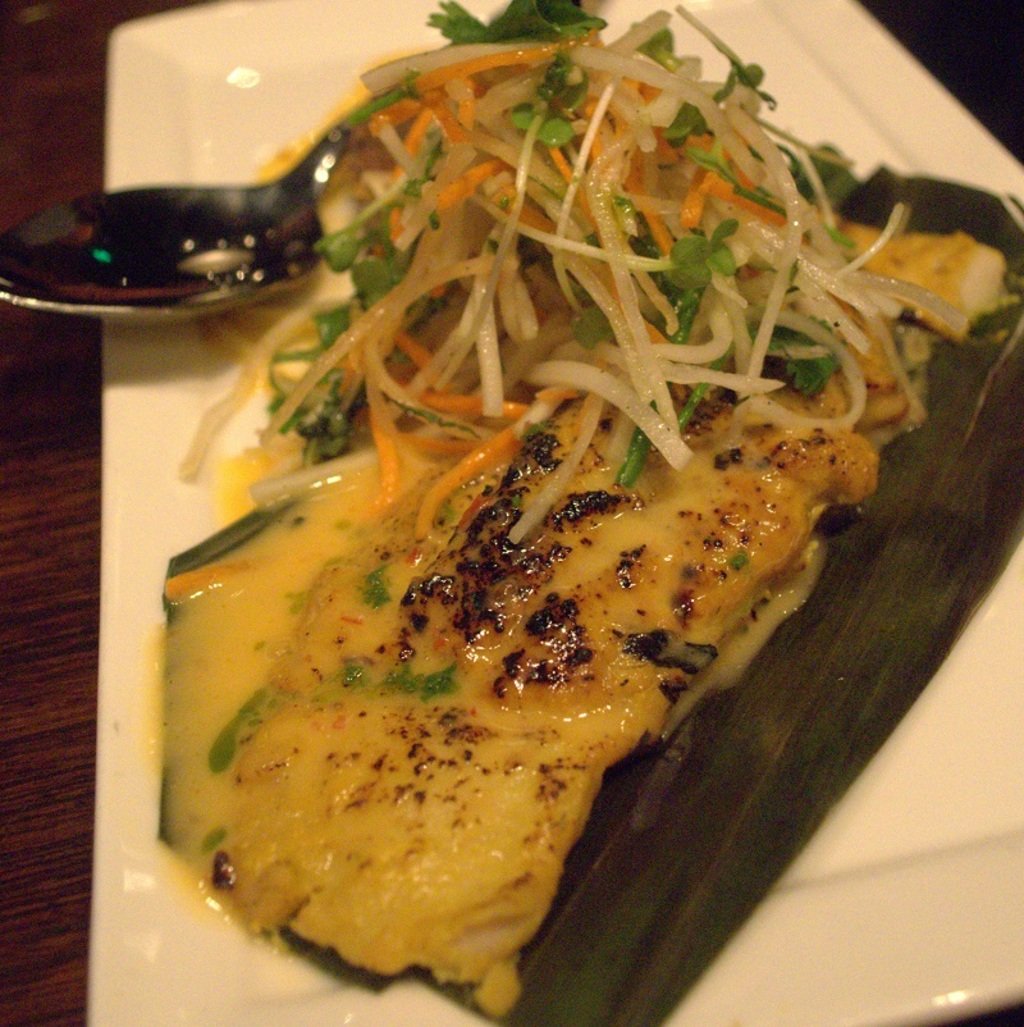 The next stop on the Peruvian-Malaysian experience was my favorite of all: Arroz con Mariscos. This exotic dish consisted of mussels, scallops, shrimp, and calamari atop a of malay rice, perfectly dosed with basil and sizzling in a mild yellow curry. It tasted like Spanish paella modernized with Thai basil and classical Peruvian preparation. This was not just the best dish on the Test Kitchen menu, but one of the best dishes I have ever had at Zengo. The piping cast-iron flatware remained hot long after the arroz was gone. As I ate my fill of Latin-Asian fusion at it’s best, the flagship entree arrived.

The entree Char Roasted Skate Wing epitomized a Peruvian-Malaysian flavor combination. It came paired with a crispy lentil rice cake and charred banana leaf. The flawless presentation and taste of the Skate Wing were both spot on. Sandoval was able to pack a lot of flavor into this fish, one that lends itself the blander side, through a sultry ginger chili marinade and shambal butter sauce. I experienced great depth of flavor in the sauce. It tied the meal back again to a distinctively Malaysian palette, but with a Sandoval twist.

Richard Sandoval’s presence in the Denver restaurant scene is undeniable. He is a force to be reckoned with, always searching for exciting new culinary endeavors to bring to life in his restaurants. The Test Kitchen menu is a testament to his voice and unique culinary touches that you cannot find anywhere else. The Test Kitchen is so far a success and Sandoval gives a glimpse into his concepts for future Denver restaurants. Try the new Peru to Malaysia Test Kitchen out for yourself before the year is over.