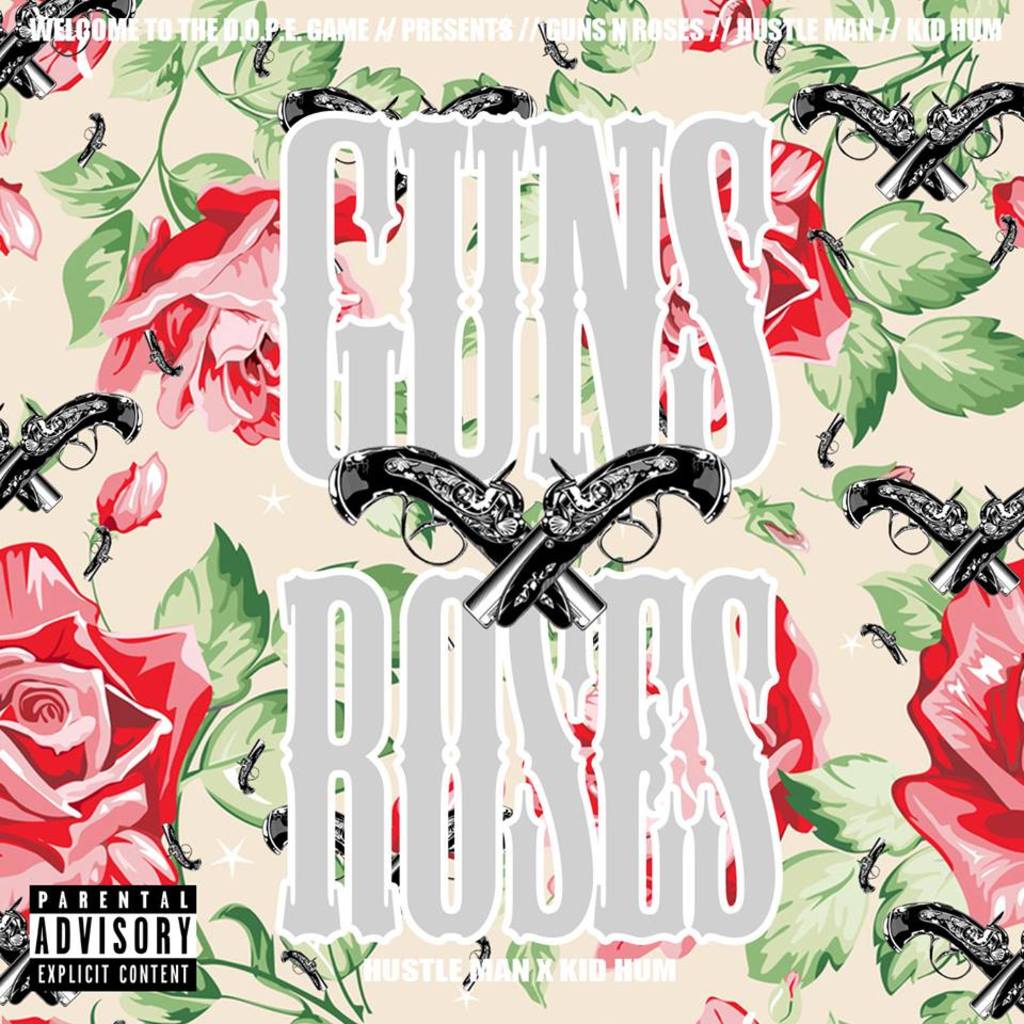 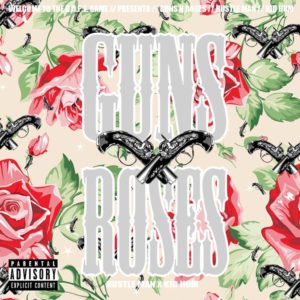 Every now and then the producer/MC combination comes through in the clutch and leaves all things microwaveable in the rap world slain. Guns N Roses, the collaboration between Hustle Man and Kid Hum is that project. Only boasting of eight songs, the two pack a pretty powerful punch, and they don’t have to take up a lot of space to do it. Hustle Man’s voice is so raw and rugged in some places, his rhymes will resonate through your brain forever, it feels like. While the record does cater to conceptual lineage, each song tells a story that stands largely on its own. From a production perspective, each beat is tailored to Hustle Man’s flow yet entirely unique at the same time.

Guns N Roses opens up with “Plenty Money,” and production reminiscent of The Neptunes and Clipse of earlier years. Hustle Man is ripping through his verses, giving shout outs to fallen soldiers in the industry like Big Pun and representing his conglomerate (Welcome to the D.O.P.E. Game). Hustle’s delivery is absolutely top notch and when you hone into his rhymes, the lyrical skill is excellent as well. On “Show Me What You Got,” he gives it up to his hood beginnings by spinning his words through more than a few complicated rhyme structures.

For his part, Kid Hum remains a quiet genius on the majority of the eight songs. You can hear his signature battle call of the Jamaican dance hall variety in the Super Beagle clips but, he mostly just churns out highly perfect production with ease. “Angels Calling,” is a track so visceral the production could stand to go rhyme less. Hustle Man comes in and rides the beat with such a spirit of confidence, though, you wouldn’t want it any other way.

Thematically Hustle Man captures the components of his spirituality with the soul of a survived gangster. There’s the party anthem “Don’t Turn Me Down” that finds the MC almost trading barbs with the production, letting each intricate sound bleed through at times of emphasis. The featured single, “Let Us Pray,” is a hauntingly beautiful rap ballad about demons and devils, total opposite of the ethereal “Where He Go.”

Guns N Roses was released today in celebration of “Dia Del Los Muertos,” the day the living remember their departed relatives. It is believed that the spirit of the dead visit their families on October 31 and leave on November 2.If Hustle Man is the messenger, Kid Hum is the visionary who has scored the soundtrack to the movement.

On Guns N Roses, the two have written a story based in the sentiments of the street infused with futuristic elements of hip-hop. Listening all the way through, it’s almost surprising to find there are very few, if any “bad moments.” There is a pretty forgettable verse from Namm on “Dirty Money,” that’s mostly gratuitous rhymes about nothing but that’s a small occurrence.

From the movie clips, the references to God, the bone rattling rap delivery from Hustle Man and the frighteningly incredible production from Kid Hum, Guns N Roses is a masterpiece.