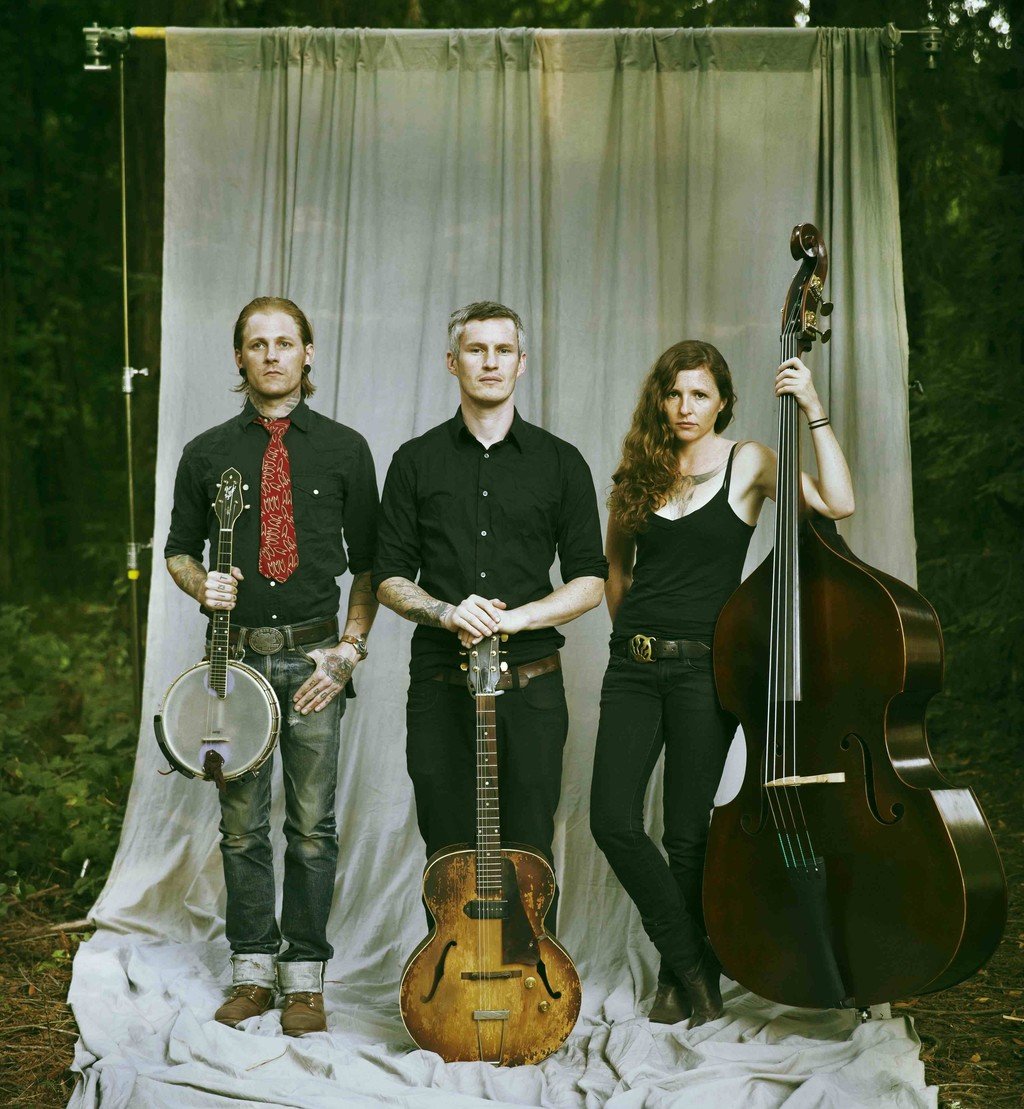 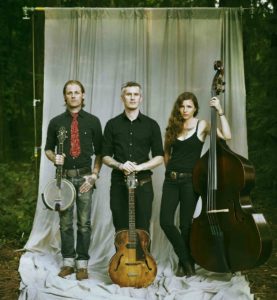 “Road songs, heartbreak songs, and barn burners,” are what you could expect to find on The Devil Make Three’s newly released album entitled “I’m A Stranger Here.” Their fourth album, the first with New West Records, was recorded in Nashville at Dan Auerbach’s (Black Keys) studio. The bio on their site describes their sound as “garage-y ragtime, punkified blues, old n’ new timey without settling upon a particular era, inspired as much by mountain music as by Preservation Hall jazz.” I couldn’t have said it better myself, so I didn’t attempt to. But we mustn’t smother The Devil Makes Three with that big wooly bluegrass blanket genre that tends to envelope most bands of this nature. These guys are nitty gritty. And they’ve got soul. They twang and bang and croon and holler. We can partially attribute their sound to their “hippie parents” that raised them in small town Vermont, exposing them to jug bands and folk music, which drove them to Boston in search of punk rock shows. Their material is dark in its lyrical nature, but punchy in presentation. Songs on “I’m A Stranger Here” range in topics from mortality and addiction to nostalgia and sense of community. Producer Buddy Miller has managed to capture the essence of The Devil Make Three’s vibrant live performances and frame it perfectly with this album.

The Devil Makes Three will play at eTown Hall in Boulder on Wednesday October 30 at 7pm. It is an all ages event and tickets are $25. Then they will be in Denver this Friday November 1 at the Ogden. Shakey Graves will open for them, with doors opening at 8pm. Tickets are $25-30. On Saturday November 2, they’ll be at Belly Up in Aspen at 8pm for $25.