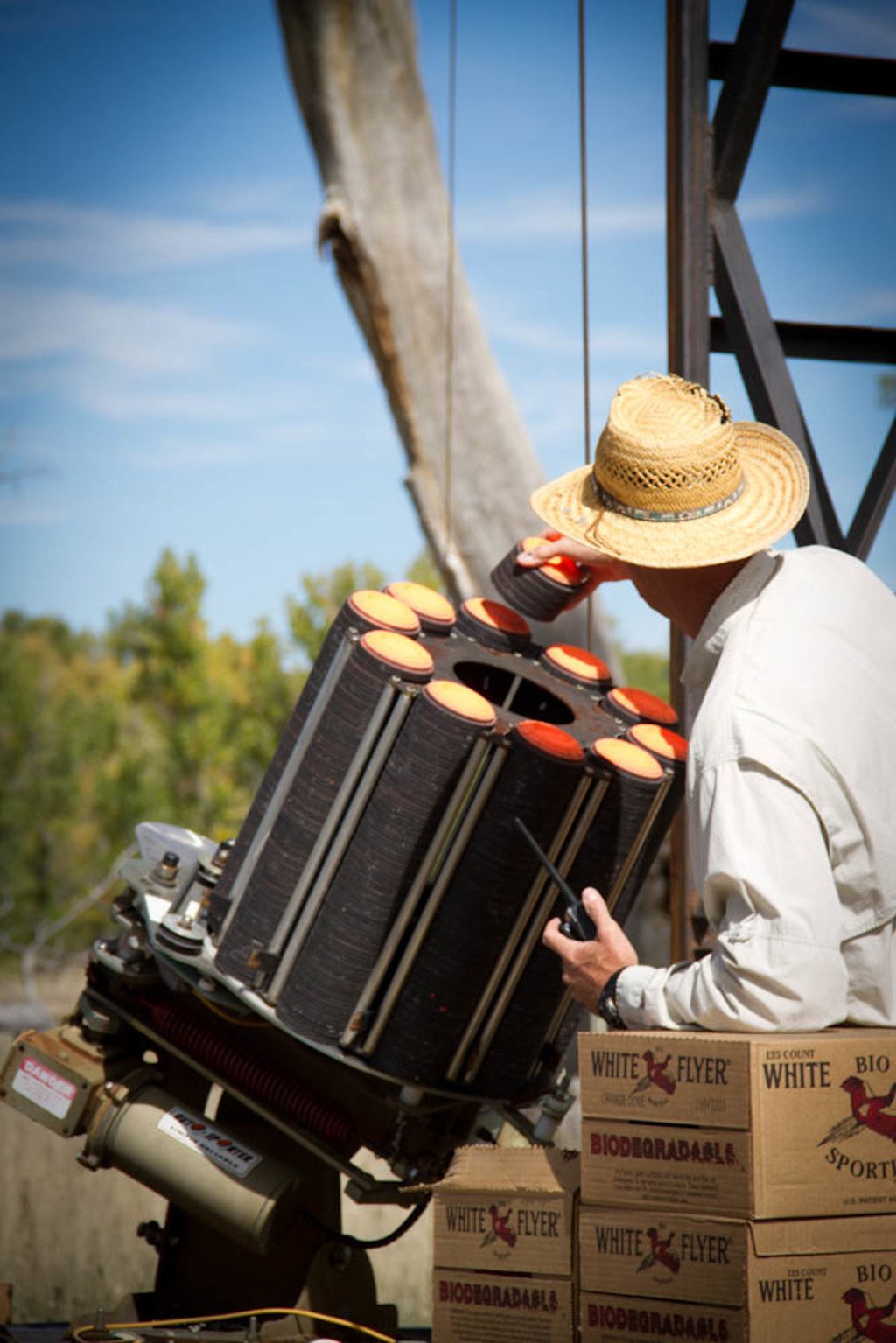 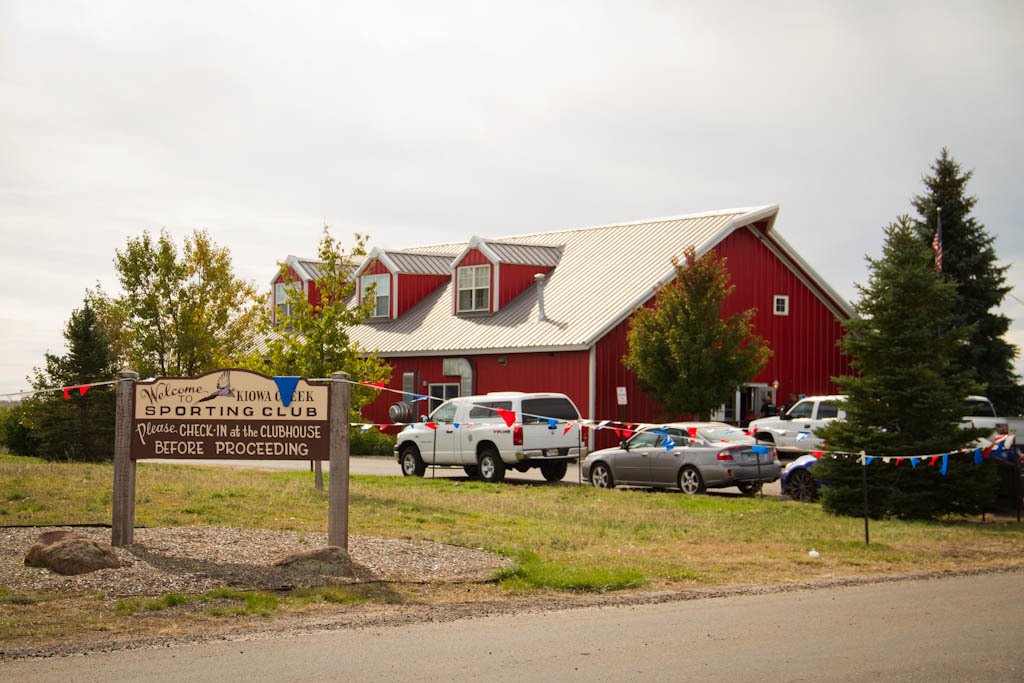 Broncos fans may be used to seeing left guard, Zane Beadles, on the field flattening defenders and protecting quarterback Peyton Manning. So it should be no surprise that demolishing flat orange clay pigeons is another pastime of his.

Whether a fan of the Broncos, the 2nd Amendment, or helping a great cause… 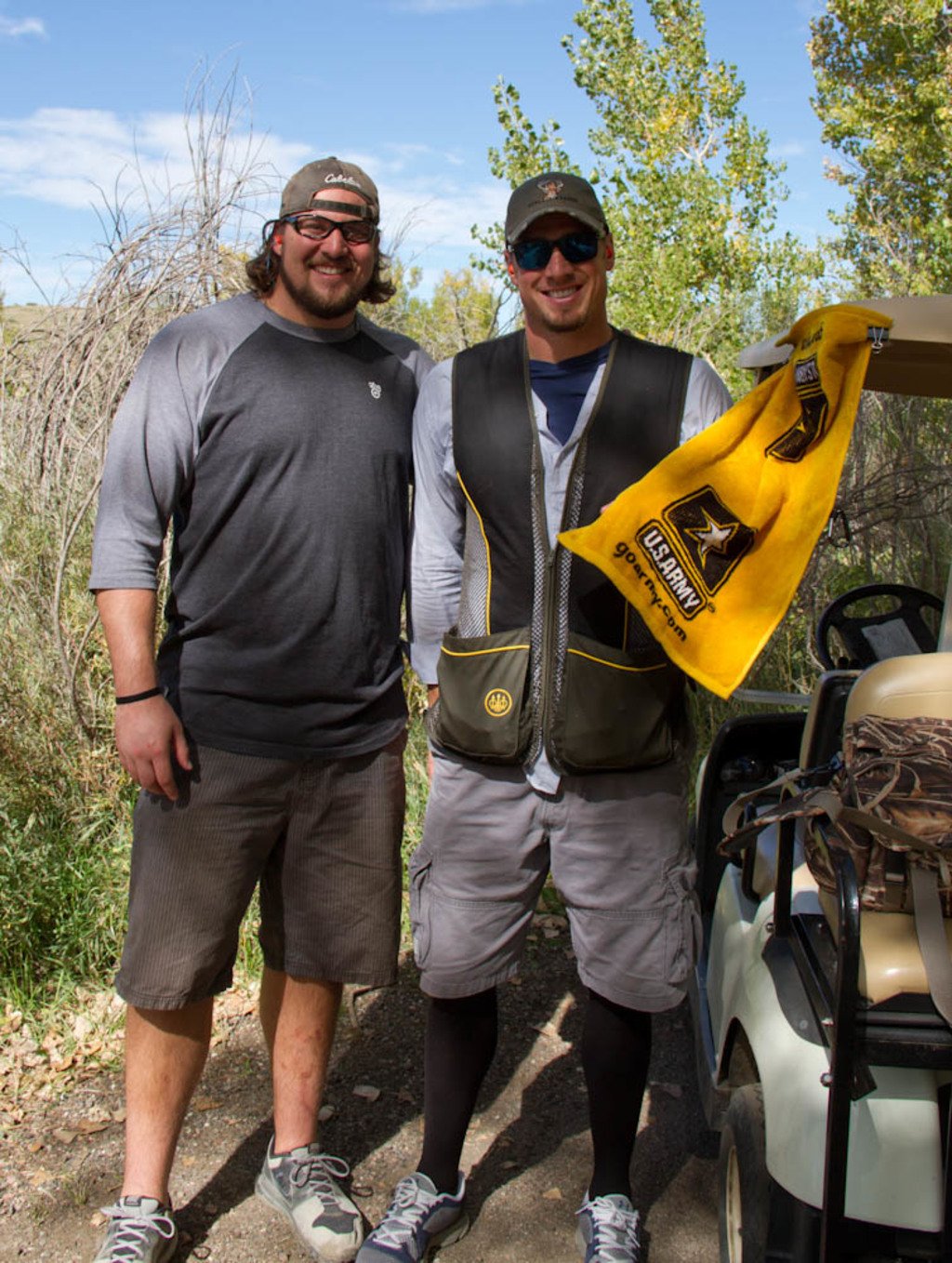 It was a perfect warm fall day in the picturesque countryside of Colorado. I had a feeling that with a shooting event we would be traveling out to the boonies, but I was pleasantly surprised with this area. Red houses and barns lined the skyline decorated with falling yellow and orange leaves. Kiowa Creek in Bennett Colorado it is definitely an unexplored area (not far from the city) that I will be recommending to others and returning to in the future.

“Duck season opens on Saturday” Beadles was overheard saying while preparing to take his turn shooting. “Good opportunity to also get some practice shots in.”

Of course various raffle drawings featuring Broncos memorabilia lined the auction tables, but the grand prize of the day was the coveted AR15 gun.

Spanning the entire day — the event had a relaxed non-rushed feel to it. The day kicked off with some practice rounds then broke for a traditional American barbecue and burger lunch.  The fun really began when guests started rotating through the shooting stations, taking their best shot at the clay targets. The day ended with live entertainment, dinner, and prizes. The whole thing had the casual feel of what I always imagined a day on the range would be like.

I even got a shot (you didn’t think you were getting an article without a lame pun in it did you?) to channel my inner Annie Oakley. After the nerves and numbness in my shoulder wore off — I got the hang of things, even blowing up a defenseless clay pigeon. I can see why this sport is so enticing and the event drew so many people.

Beadles and Dreessen were among other Broncos who used their day off Tuesday to make a difference. A large group of players teamed up with Habitat for Humanity to visit with volunteers and homeowners at a work site.

Whether a fan of the Broncos, the 2nd Amendment, or helping a great cause — all there had the opportunity to meet some of their favorite players, or take some practice shots before hunting seasons open. Bang bang! 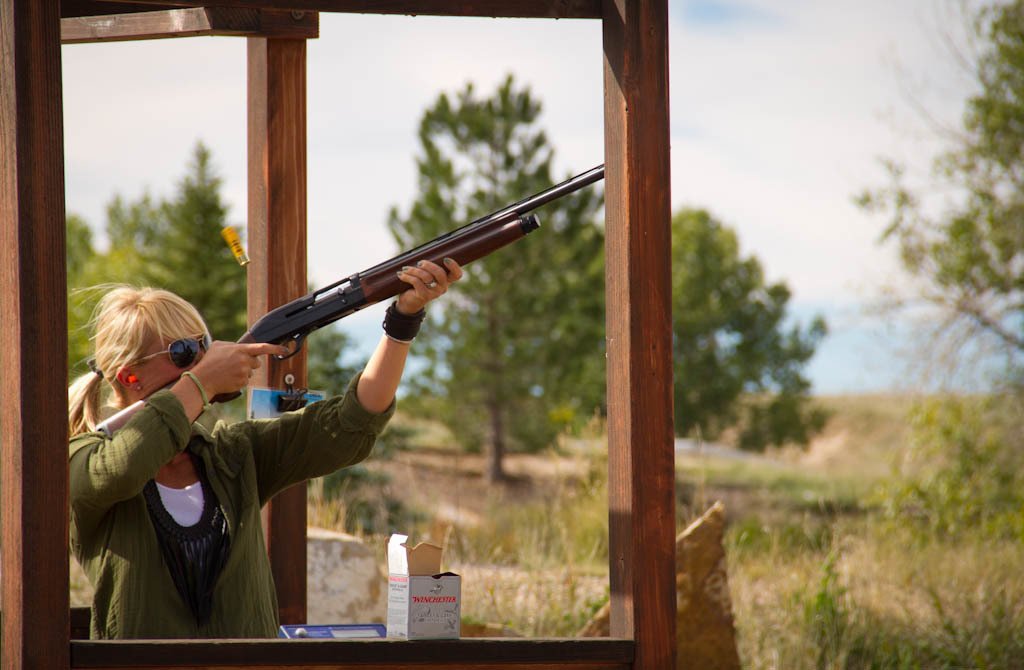