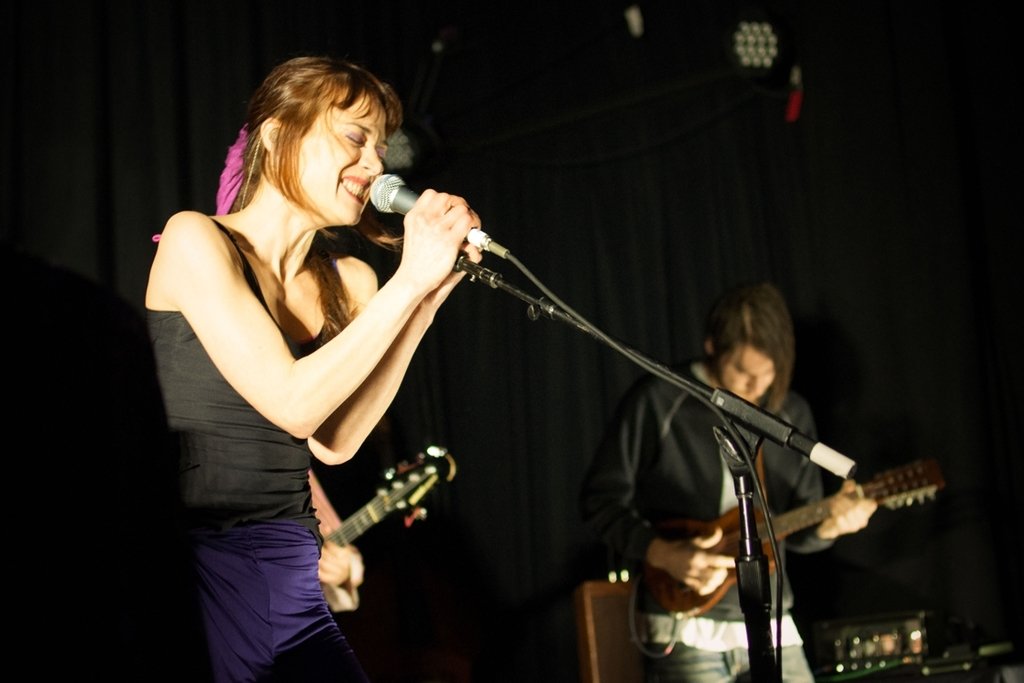 Fiona Apple and Blake Mills took the stage at Boettcher Concert Hall Friday night, as part of their “Anything We Want” tour. Maybe the few people in attendance went ‘cause ‘90’s Fiona was their version of the Manic Pixie Dream Girl (sub Manic for Dark, Troubled, Disturbed). She was that beautiful 19 year-old Grammy-winning wunderkind with a kind of badass, misanthropic attitude and reputation for bizarre behavior. Her instability gave her that cool, alt-girl edge.

The manifestation of her torment look more like a 36-year-old woman on the edge of survival. It brought to mind Amy Winehouse and her very public, tragic battle with a healthful existence. Fiona’s frayed nerve endings are practically visible. But if you closed your eyes, she had that same sultry, husky tonality. Sinister and unforgettable. She created a mesmerizing tour de force Friday night, with the help of fellow Angeleno, Blake Mills.

Mills, her quietly composed counterpart, held his own as the unassuming guitarist.  Mills is a largely off the radar virtuoso, that has managed to work alongside some of the best artists in the biz.  Besides formerly dating Danielle Haim and playing alongside those incredible Haim sisters, Mills has had his hand in the mix for several talented artists (Julian Casablancas, Jenny Lewis, Sky Ferreira, Lucinda Williams). Not to mention an original member of the roots-rock band, Dawes. In an age when everyone can be googled and DIY-social-media-famous, Mills coolly strays and quietly plays.

Apple and Mills played a beautiful albeit jarring “Anything We Want,’ from Apple’s uneasy-listening album, The Idler Wheel Is Wiser Than the Driver of the Screw and Whipping Cords Will Serve You More Than Ropes Will Ever Do. They also played a gorgeous rendition of Conway Twitty’s “It’s Only Make Believe.” Not a dry eye in the house.