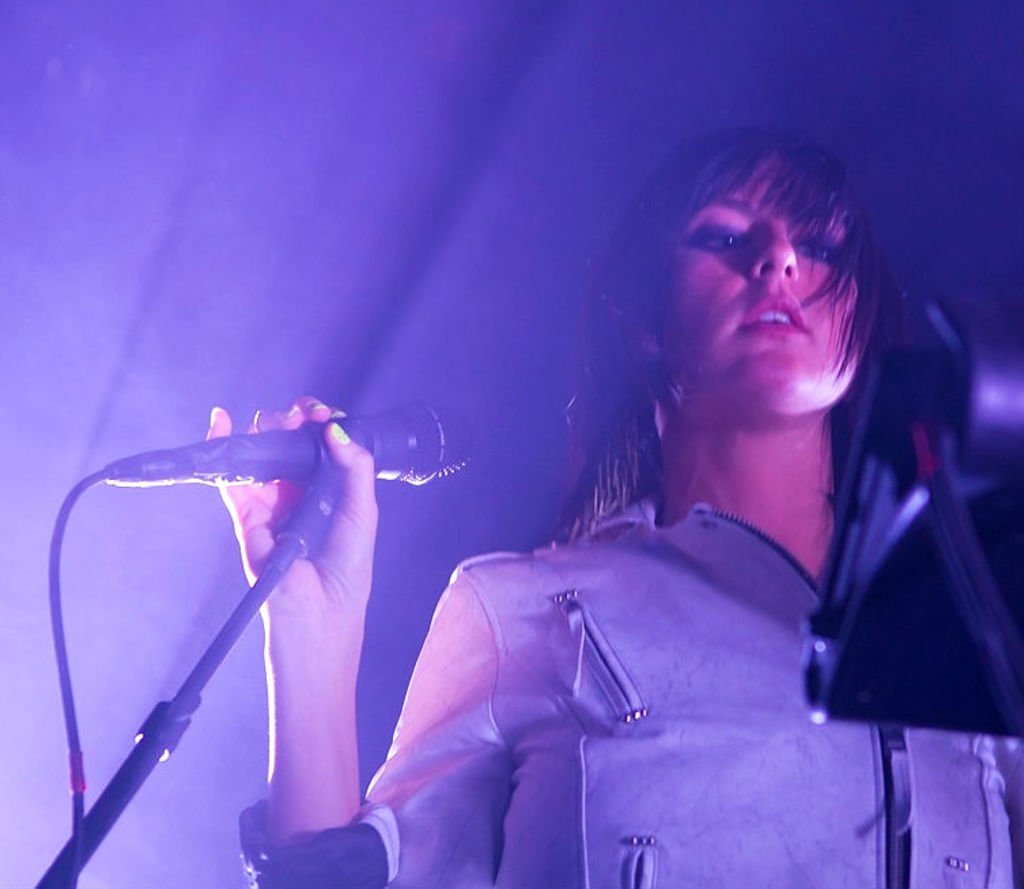 Spellbinding. That’s the only adjective fair enough to describe New York indie psych-pop duo Phantogram. The harmonizing lovelies released a four track self-titled EP to keep fans content until the release of a full-length album early next year, performed on Jimmy Fallon and managed to toss in a heap of dates for a headlining fall tour, all within the past month.

I first heard Phantogram in 2011 and immediately fell in love with the captivating voice of Sarah Barthel and sensual vocals of Josh Carter. Since their debut 2010 album Eyelid Movies, they’ve broken out of the indie music mire to establish a branded sound of bewitching harmonies, pounding keyboards and solid bass lines, creating something ambient and ethereal yet totally danceable.

Phantogram brought their airy vocals and buzzing synths to our lovely Mile High home to perform a sold-out show at the Gothic Theatre Saturday night. Those who missed the show are surely lamenting the error of their ways, while those lucky enough to catch the show left with a marvelous ringing in our ears and undoubtedly a lingering lust for Miss Barthel. In addition to a lingering bewilderment courtesy of a surprisingly flexible husky gentleman who occasionally stole the show, introducing unsuspecting audience members to a completely innovative set of dance moves by way of jarring appendages.

Barthel embodied the performance, tossing her signature straight dark locks and projecting an effortless grace. Her neck shimmered in layered necklaces, one of which she abruptly yanked off when it got in the way of her movements.

“It’s so great to be back here,” she said in her alluring, breathy voice. “We love Denver, there’s just such a great energy here—and I’m not just saying that!”

Disarming melodies threw the crowd into the thick of the music, as audience members sang along to tracks they knew and bobbed their heads to new ones.

“We’re not actually supposed to play this new song, but we just love it so much that she had to share it with you!” Barthel whispered, before slipping into one of the tracks from the new album.

Barthel crept into the intro for “Black Out Days” which paired their notorious echoing choruses with driving bass beats and pulsing synth additions, giving us so much of the Phantogram we know and love. Carter dexterously struck his guitar and tossed his hat into a sea of grabbing palms.

Mirror on the wall, tell me all the ways to stay away-ay-ay-ay-ya

Barthel wailed into her mic, the lyrics dripping with the startling feeling that went into writing them. Audience members responded well to new songs like, “Howling at the Moon” and erupted into frenzies during hits like “Don’t Move,” “Turn it Off” and “Mouthful of Diamonds.”

Barthel continued to thank an already infatuated audience, praised their fan base and promised good things to come as she introduced some new additions to the group. Phantogram returned for an encore, starting with the much anticipated “When I’m Small,” sending arms shooting into the air.

Carter’s stabbing guitar strikes swelled to match Barthel’s lofty pitch, adding his own late night radio undertones to the mix. They closed out an incredible show with another song from their EP, “Celebrating Nothing” and “Futuristic Casket,” from Eyelid Movies.

For more photos of the the show, check out the event gallery. All photos taken by Adam Ripplinger.