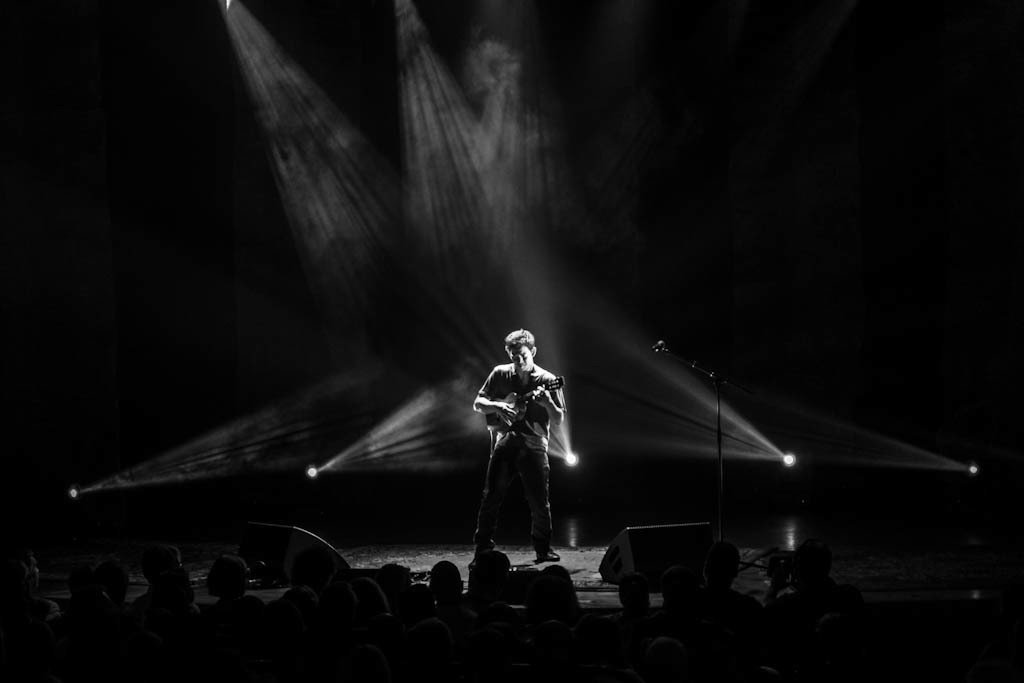 There is a certain kind of talent you cannot deny. It’s rare. It’s distinctive. When you are in the presence of this kind of talent, it hits you over the head and forces you to notice.

Already in his career, ukulele player Jake Shimabukuro has been declared a musical “hero” by Rolling Stone, a “ukulele wizard” by Guitar World, earned comparisons to Jimi Hendrix and Miles Davis and played in front of the Queen of England. The 30-something Hawaiian musician is easily the most well known face of modern ukulele, and for good reasoning.

Tuesday night at Boulder Theater, Jake Shimabukuro proved himself worthy of his accolades, playing a show that solidified him as a truly legendary instrumentalist. 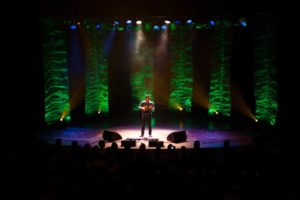 Shimabukuro is currently touring his new record, Grand Ukulele, a follow-up to 2011’s Peace, Love, Ukulele, which debuted at #1 on the Billboard World Charts. On his new album, Shimabukuro collaborated with producer Alan Parsons, who is best known for his work on Pink Floyd’s Dark Side of the Moon and the Beatles’ Abbey Road.

It is this unique blend of rock influence with traditional Hawaiian ukulele that characterizes Shimabukuro’s sound, but it’s not necessarily what makes him stand out. At his show, you get the sense you’re watching something rare. He’s not just a good musician; he’s a master of his instrument.

The show featured a wide array of music from his two albums, including “Gentlemandolin” off of Grand Ukulele, a song he wrote for his son. He played his ukulele with a self-confidence that only someone with his level of talent could successfully pull off, filling up the theater with embellished sounds that seem way too rich and complex to be coming from a four-string instrument. 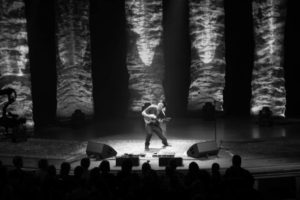 Shimabukuro continued to enthrall the crowd with renditions of classics like Queen’s “Bohemian Rhapsody,” and George Harrison’s “While My Guitar Gently Weeps,” the song he covered years ago on YouTube and credits for “starting it all.”

At the end of each song he received a standing ovation from the crowd, who he thanked for their attention and support.

“I never dreamed that I’d be a touring ukulele player someday,” he said to the audience as he introduced “Akaka Falls,” his last song of the night. “Thank you for making tonight so special.”