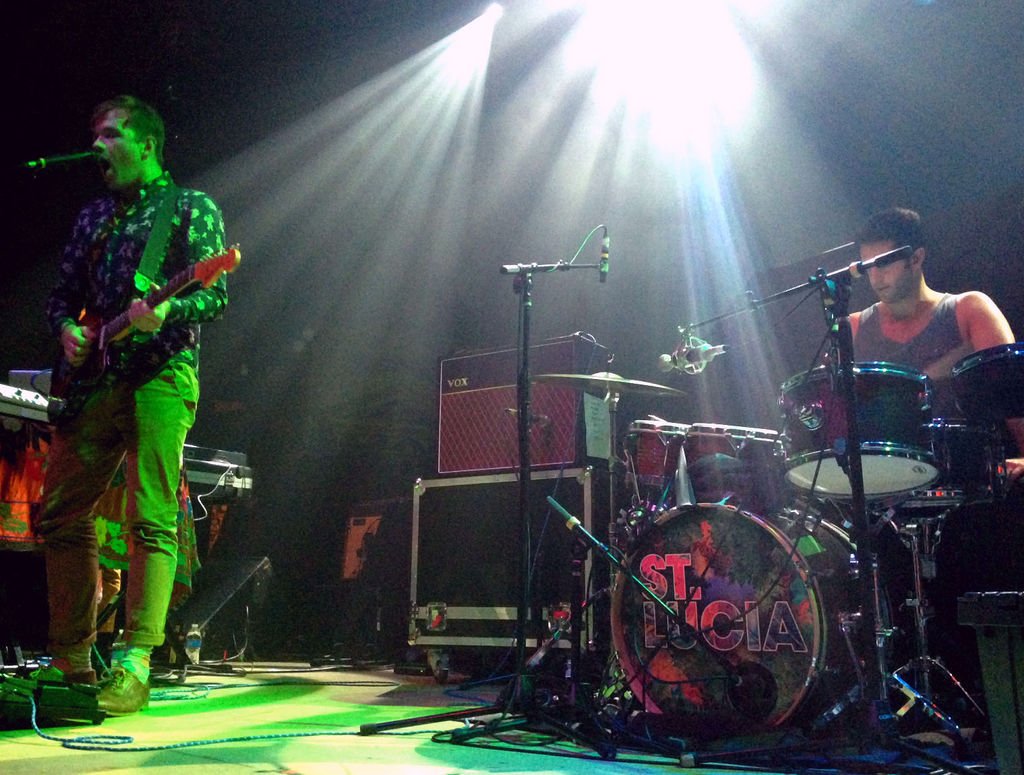 There’s an undeniable electricity buzzing through every one of St. Lucia’s infectious tracks, breezing with tropical synth tones and the flawless voice of South African-bred Jean-Philip Grobler. St. Lucia has transformed from Grobler’s one-man band to the St. Lucia we saw on stage Monday night at the Ogden Theatre.

The synth-pop vituoso St. Lucia may now be better known as the group of energetic performers bouncing around to the mass of catchy tracks from their recently released full-length album, When the Night–one to be chronically repeated for optimal bliss.

St. Lucia opened for Two Door Cinema Club and set the bar high as throngs of St. Lucia fans sang along—loudly—mirroring Grobler’s dreamy vocals. St. Lucia propelled onward with spirited tracks like “Closer Than This,” “Elevate” and “Wait for Love,” transporting the audience to an island paradise of exotic melodies. From the floral accented drum set to their tropics-inspired vacation garb, the musicians of St. Lucia truly embodied this utopia.

Their dynamism swelled in the packed theatre with their unique brand of synth-pop. Post-set, a welcoming Grobler headed to the St. Lucia merchandise table to sign albums, take pictures and give super friendly hugs. Grobler was kind enough to answer my stack of questions about the St. Lucia namesake, the transformation of his sound and what we can expect next from this pop-phenom.

303 Magazine: I know St. Lucia is technically you, but has evolved into this five-person partnership-one of whom is your wife, Patti–so how did you all meet/get started?

Jean-Philip Grobler: Patti and I met a little over 11 years ago when I moved to England to study music and we’ve been working on stuff together on and off for a long time. We avoided ‘officially’ working together because we wanted to keep our relationship and our careers separate, but when St. Lucia started it somehow made sense for us to start working together. Then we met Nick Brown, our drummer. I was producing a friend’s album at the time and we demoed a bunch of stuff and were looking for a drummer to play on it. Andy Baldwin, who mixed most of the St. Lucia album, recommended Nick to me and I approached him to be involved in the St. Lucia stuff. He introduced us to Ross Clark, the guitarist/bassist, who introduced us to Nicky, the keyboardist. It was a very natural process.

303: Does the island moniker, St. Lucia, have anything to do with the tropical synth tones, fun Summery feeling to your music or did it just sort of happen?

Grobler: Absolutely, but it didn’t come from searching for an island themed name. At the time that I found it, the aesthetics of the project were just starting to emerge. I noticed there were these tropical elements to the music, but it wasn’t yet entirely clear which direction everything would take in the end. One night, out of frustration, I took out a map of South Africa out, closed my eyes and put a pen down on the map. A bunch of terrible names came up, but the 5th one was St. Lucia. St. Lucia, the South African town, is similar to the Caribbean island in that it’s a tropical holiday destination, so I had all these childhood memories associated with the place. That with the fact that the music has this tropical, hazy, nostalgic feeling seemed to make perfect sense.

303: You grew up classically trained hailing from Johannesburg, South Africa and toured with a boys’ choir, how did that traveling translate to your music today?

Grobler: I think the biggest thing it allowed me to do was increase the diversity of my musical influence. All the different places that I’ve lived have a completely different musical culture, whether it be England, South Africa or the US, and experiencing those things has given me a somewhat unique perspective. It was also confusing at times when I was still figuring out who I am musically, but once I stopped trying to control it all, the pieces fell into place. 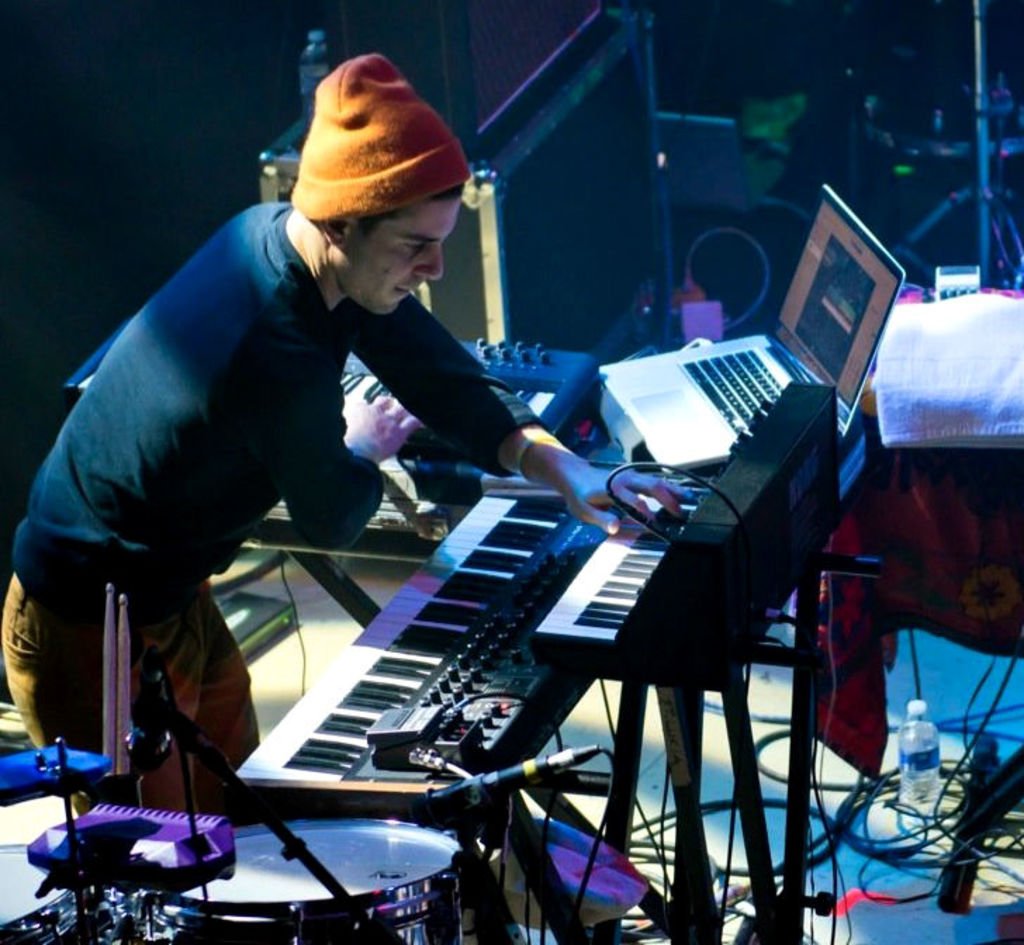 303: How did the more electronic elements come into play?

Grobler: When I first moved to New York to work as a jingle writer, I HATED synths, and was almost purely into guitar music, or music that used synths very sparingly. I had a bad taste in my mouth from the huge European electro-pop explosion of the late 90’s / early 2000’s. Apart from people like Daft Punk and a few others, it just seemed like a lot of synths were just being used in a way that seemed corny.

But, when I started working as a jingle writer, I was forced to write in different styles that I had no idea how to tackle, so I immersed myself in each of those genres trying to learn how the sounds were made in the most authentic way. There was a Korg MS20 lying around at the studio that nobody was using, so I started using it. I gradually bought more instruments in an attempt to make my jingle writing more hand-crafted than the sample and soft-synth heavy music it seemed like everyone else was making in the industry. As I did this, I began to develop this sound that wasn’t any one particular genre or strictly electronic or guitar based, but rather a mixture of all of those elements.

303: You just released your full-length album, When the night, on October 8th, what’s it like to finally have it finished and how did it transform from when you first started making it to the final creation we have today?

Grobler: I took a while for the aesthetic of St. Lucia to emerge. I didn’t sit down one day and decided to make some tropical sounding music. The tropical-ish music just came naturally out of me at the time and there came a point where that started to become the predominant thing that I was writing. One of the biggest things that I was wrestling with, from about the half-way point, was whether the album should be purely tropical with one general mood, or whether it should be more diverse.

There are a lot of great albums that I love that have a very specific mood throughout, and it was the existence of those albums (Twin Shadows ‘Forget’, The xx’s debut) that made me think about that. At first, I wasn’t even considering ‘Too Close’ or ‘Wait for Love’ for the album, because they seemed polar opposite in terms of mood. But, in the end, I decided that it would be better to go the diverse route.

303: I noticed a gaggle of young fans singing nearly every word to your songs; does it still surprise you to see such a great reception to your music?

Grobler: I think for any performer or artist it’s amazing and really quite humbling to see people enjoying what you do. Especially if, like me, you’re not making music where you’re trying to please people, but rather just following your instinct, it’s incredible for that to result in a whole bunch of people singing along to your music night after night, or tweeting that they love what you do. I never grow tired of it. 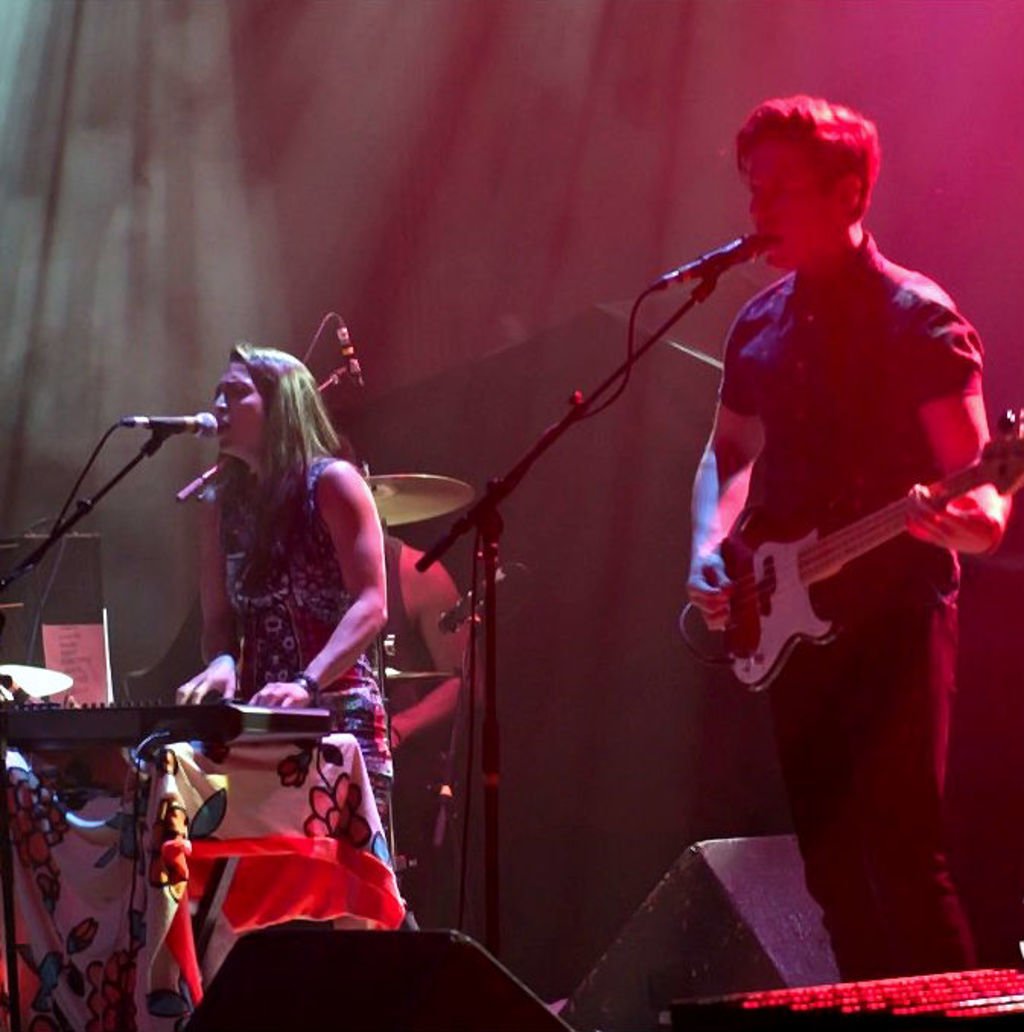 Grobler: So much! I’ve really been making a point recently of listening to as many new-release albums as possible, and I think especially this fall a lot of good new music has come out. The albums by Haim, CHVRCHES, Kelela, Lorde are all really good. Also, the John Wizards album might be my pick for album of the year.

303: Your music has been described as Synth Pop, Tropical Dance and 80’s Inspired Electronic; what would you call it?

Grobler: I call it all of those things and more. I think that one of the things a lot of people miss when they listen to my music is all of the stuff that’s going on that’s not synth-based, and there is a lot of it. So, perhaps Baroque-Synth Pop.

303: What can we expect next? Hopefully a headlining tour in the near future with (of course) a stop in Denver!

Grobler: We’re going to be doing some headline dates at the start of next year which we will be announcing soon, and I’m pretty sure Denver is on the list. Looking forward to being back!