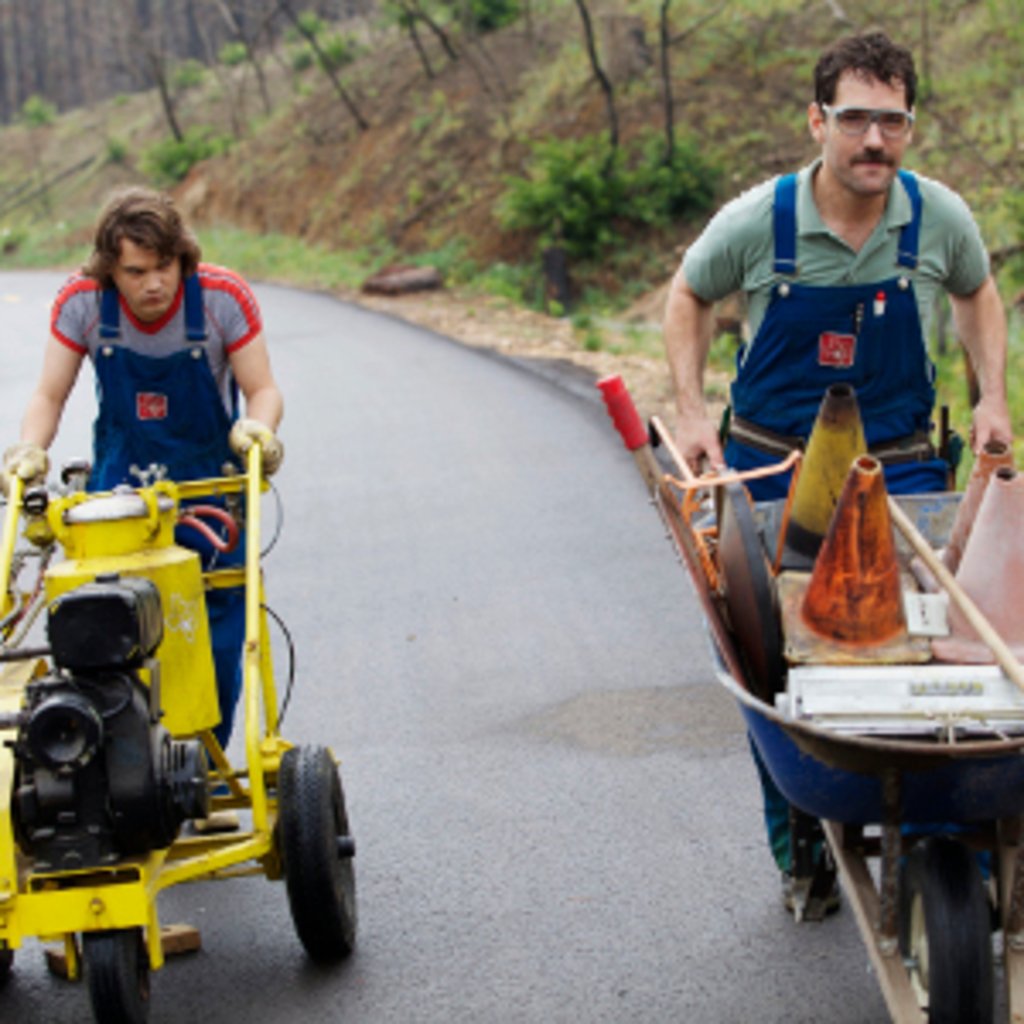 It’s 1988, we’re in a burnt out area of Texas and we’re hanging out with a couple of guys painting lines on the road. One guy is older (Paul Rudd) and the other is his girlfriend’s younger brother (Emile Hirsch). The older guy is serious and has a serious mustache. The younger goof is carefree, irresponsible and only looking to “get his little guy squeezed.” They talk to and at each other, they have ups and downs, then it’s over. Prince Avalanche is a slight yet moderately entertaining film that never quite decides where it wants to do. Hirsch and Rudd make for a decent pairing in the movie yet it all feels underwhelming. The story seems to shift from being boring to quirky at random with no real help from the Explosions in the Sky music draped all around. The movie is a remake of a recent Icelandic film Either Way and it’s director David Gordon Green’s return to his indie roots (George Washington, All the Real Girls) from his recent foray into Hollywood comedies (The Sitter, Your Highness). Tim Orr’s cinematography stands out yet is another incongruous feature which seems odds with the simple story. Fellow Denver critic Joaquin Villalobos (@seensaid) summed it up best when he called the movie “Instagrammy.” Perfect. It plays at the SIE Film Center. 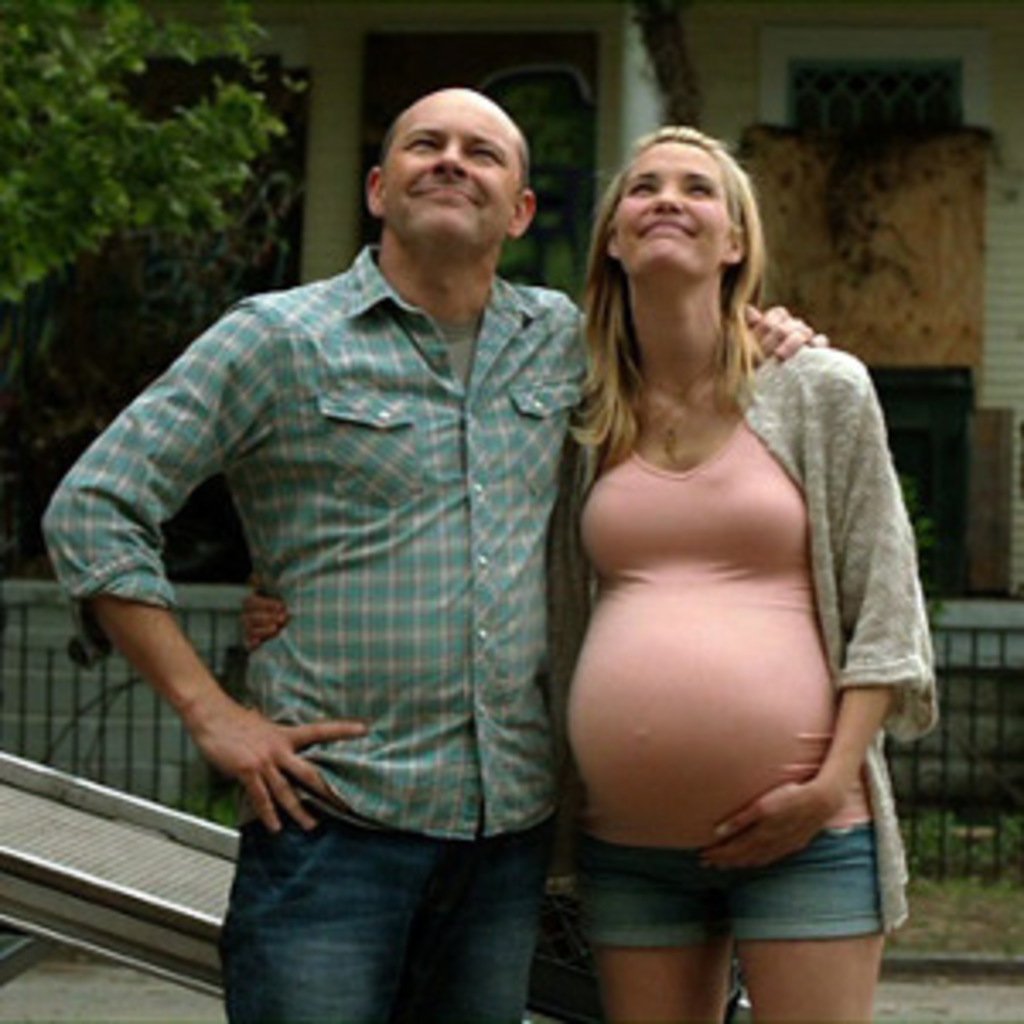 Hell Baby springs from the brilliant and twisted minds of Thomas Lennon and Robert Ben Garant (Reno 911!, The State). For the initiated that is all you will need to know. If you don’t know Reno 911! – stop what you are doing and watch the entire series. Now. Do it. I’ll wait. (A month goes by) See? What did I tell you? Hell Baby is a horror comedy, one that doesn’t take itself very seriously yet manages a few times to throw in some gore (Michael Ian Black knows what I’m talking about). Jack (Rob Corddry) and Vanessa (Leslie Bibb) are an expecting couple who have just moved to New Orleans. Unfortunately for them the house they bought is haunted and comes with a live-in house guest (Keegan Michael Key, Key & Peele). Once the demonic possessions begin in full force, they call in some help from the Vatican. Father Sebastian (Garant) and Father Padrigo (Lennon) show up dressed like two Father Guido Sarduccis, ready and willing to help with an exorcism. Things don’t go well as, wait for it, all hell breaks loose. Horror movie fans can spot the references and goofs in the movie while humor fans will find enough to keep the chuckling. Corddry is great as the straight man who can’t believe that everyone is so calm while Keegan is the real scene stealer. Bibb more than holds her own as the gal toting around Satan’s baby. Check it out on VOD. 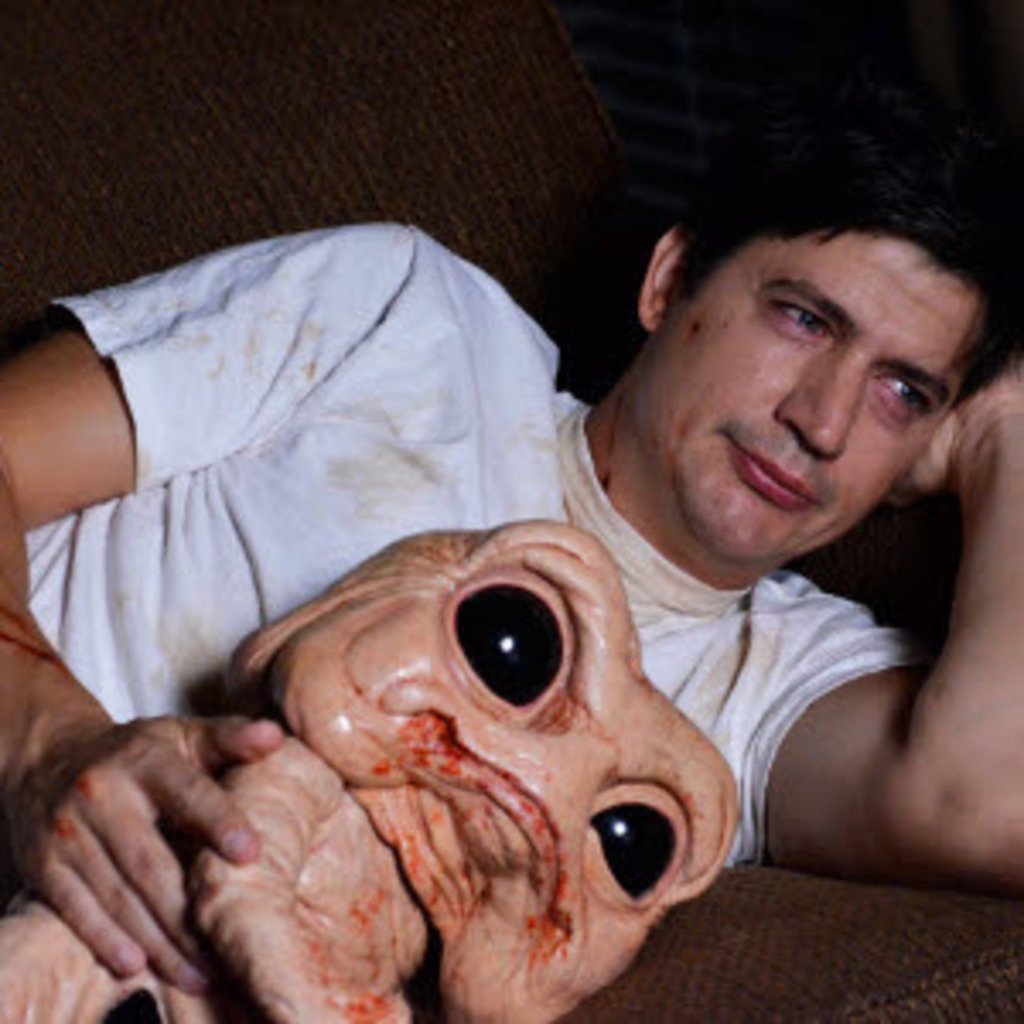 Wow. Just…wow. Bad Milo is one messed up movie about Ken (Ken Martino, Party Down) who finds out he has a demon living in his ass. Read those last five words again. Wow. Luckily for Ken, his demon (whom he names Milo) only wants to kill all of the people who are making his life difficult. Ken does his best to keep it a secret from his wife Sarah (Gillian Jacobs, Community) until Milo threatens her. After Milo kills several people, Ken has to come clean to his family. Along with dealing with the butt demon, Ken’s boss (Patrick Warburton) has him laying off everyone in the office before being arrested, his Mom (Mary Kay Place) is shacking up with a young man (Kumail Nanjiani, who steals every scene he’s in) who wants to be Ken’s new dad and he’s estranged from his hippie father (Stephen Root). He visits a nutjob therapist (Peter Stromare) who convinces him to bond with Milo. Ken learns a family secret which sheds new light on Milo and makes him realize he needs to learn how to live with Milo. The movie is gory and serious gross in many places while it also manages to be funny in spots. For as disturbing as the story is, Bad Milo really has a soft spot for family, especially the father-son dynamic. It’s seems implausible but the movie is oddly touching amidst the gore and blood. It’s like a Troma Film if it was directed by Steven Speilberg. Don’t watch it on a full stomach. You can see it on VOD.

Another intriguing movie opening this weekend at the SIE Film Center is the MILF-porn Adore starring Naomi Watts and Robin Wright as two friends who fall in love with each others teenage – AND LEGAL! – sons. You go girls.

This is The End returns to the big screen for anyone who missed the end-of-days comedy starring Seth Rogen, Jonah Hill, James Franco, Danny McBride and others playing “versions” of their celebrity selves. I did not see it first time around and it has gotten a lot of rave reviews. I am sure Colorado offers something that can help, ahem, enhance the experience.

Not a banner weekend for new movies but there’s always good stuff at the movies, sometimes you just have to poke around.