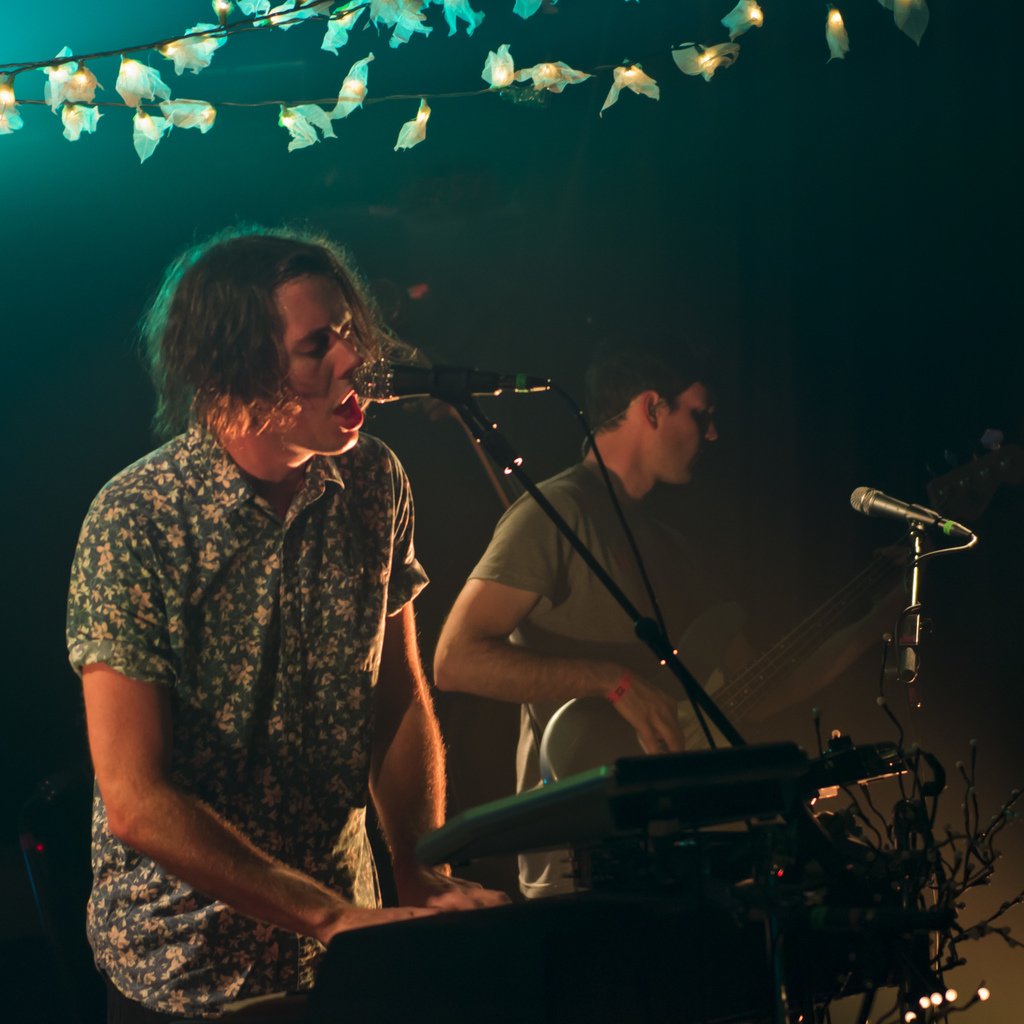 The ability to fantasize is what sets humans apart from all other living beings. At the root of the human mind lies the subconscious, where our want to escape reality – our tendency to dream – runs wild. Ernest Greene, the Georgia-based musician known as Washed Out, delves into this idea on his second album, titled Paracosm for the phenomenon in which people create fantasy worlds. 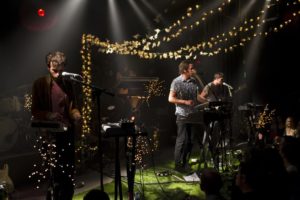 Tuesday night, Washed Out played his first-ever show in Boulder at the Fox Theater. Fans lined up down the block for a chance to experience the unique sound live. Not surprisingly, the show was nothing short of what the album explores: a total flight from reality.

As Greene and his band members walked on stage, which was strewn with hanging flowers and white lights, he raised his drink to the audience, as if to signal a ‘cheers’ to the future and to the transformative experience to come.

An effervescent Greene sang “Don’t Give Up” and “It All Feels Right” as the crowd cheered and danced along. The hour-long show steered back and forth between hypnosis and euphoria, blending lethargic harp sounds and synthesizers with lively bass, drums, and other instrumentation. 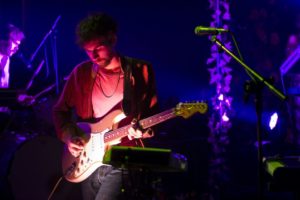 This is what makes Washed Out different from the countless musicians that make chillwave music, which is characterized by synthesizers, melodic vocals, and overall simplicity. It’s not just synth-pop, it’s kind of rock too.

By blending organic sounds and lyrics with hard-hitting instrumentals, Greene creates a sound that mirrors the complexity of the human subconscious. It’s hard to decide whether you are content in the present, nostalgic for the past or hopeful for the future while you watch and listen. However, as Greene and his band came out for the encore, one thing was very clear: Washed Out’s music dances on the line between imagination and reality, and when you see them live, so do you.