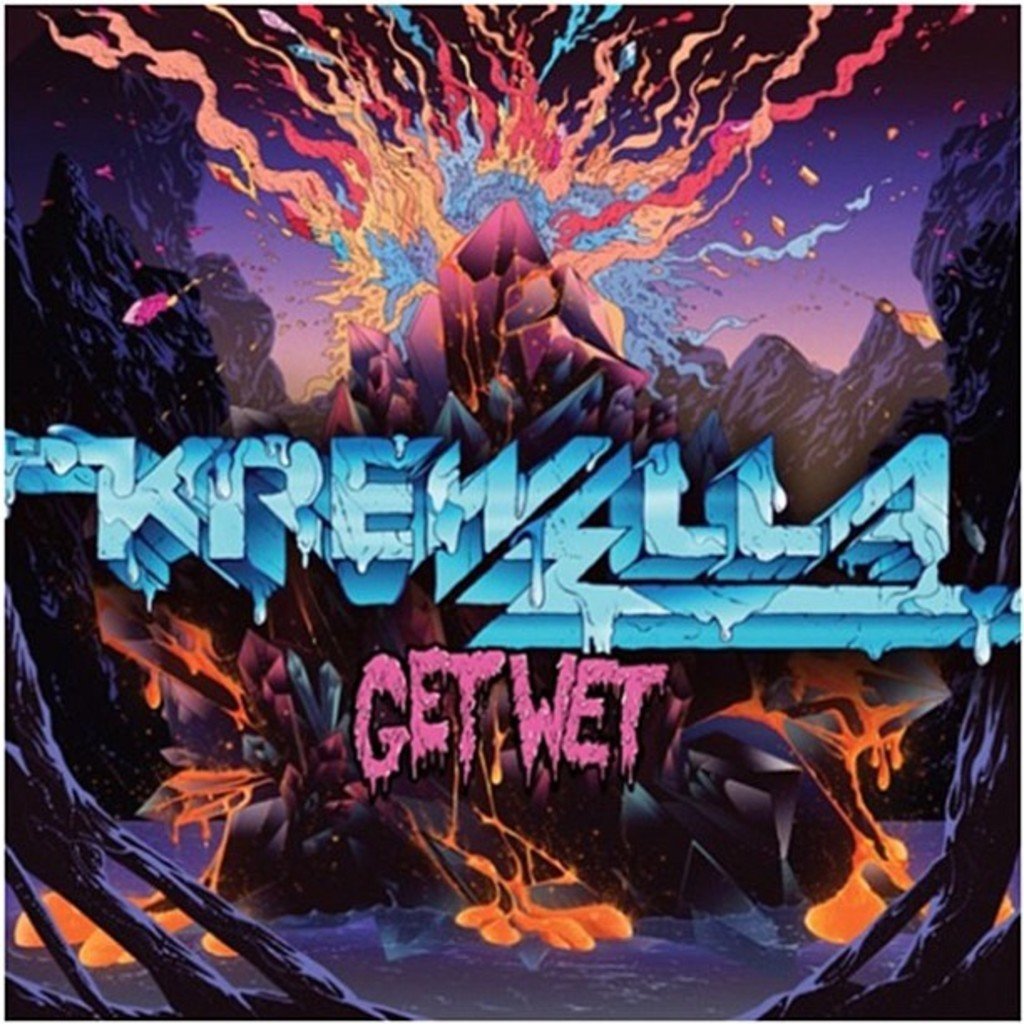 The Drop: Get Wet by Krewella

One of the most highly touted debut records that’s ever surfaced amongst the EDM scene releases today, Krewella’s Get Wet. Following their groundbreaking 2012 EP release — Play Hard — Krewella returns, absolutely demolishing all expectation with the release of their genre defining, full-length record for the ages.

How would an EDM group receive this much hype and accolade for their very first album?

Well, it’s simple…You take catchy, extravagant pop vocal work, the heart and soul of late 90s/early 2000s trance and the musical flair of modern day dubstep, combine them with an “in-your-face” image led by two desirable young women and you get an invigorating album from a group that breathes new life into the perception of Electronic Dance Music. A damn good recipe for success.

Krewella is a unique trio that features vocalist/songwriter sisters, Jahan and Yasmine Yousaf, and Kris “Rain Man” Trindl acting as producer/DJ. A duel vocal barrage, which features both sisters trading lyrical verses, choruses and leads, is utilized early and often throughout Get Wet. Both, Jahan and Yasmine, soar across the harmonic symmetry laid out by dazzling synth work most reminiscent of trance legends ATB and Paul Oakenfold. “I live for the night/I live for the lights/I live for the high, ’til I’m free falling,” the opening seconds of the album that bring a refreshing, euphoric sense of optimism and freedom to an impassioned lifestyle and art form.

From the lead single, “We Go Down” — which could easily be heard on your local modern pop radio stations — to the hit single, “Alive,” originally released on their EP, Krewella proves that commercial and musical success can be obtained through genuine hard work and dedication; an ideal that is not often found in that of your average bubblegum pop artists. There’s also a vulnerability and sincerity found on tracks like “Human” and “This Is Not The End” that truly showcases how impassioned these three artists really are about their music. An admirable quality for even the most distinguished artists, let alone, a group that’s debuting their first full album.

Yasmine and Jahan also play into their fun, sexual image, provoking seduction and desire on tracks like, “Come And Get It” and “We Are One.” Completely aware and comfortable with their carnal lyrical content, both sisters allow their most alluring, provocative sides to come out in full force, “Mouth to mouth, I breathe you in/Swallow down your jagged sin…Come and get it one more time/Whoa, oh/If you want to lose your mind/Whoa, oh.” A playful quality that fans and audiences can appreciate and enjoy, especially in regards to the most intimate of occasions.

The actual production behind the beats that acts as a foundation for these hooks and choruses can’t be forgotten either, as it shouldn’t be. Rain Man harnesses the sound from every drop, synth pattern, crescendo and beat to create true harmony — structuring, what could have been, simple club songs into monumental future-EDM classics. Whether it be the sanguine, summer-like atmosphere on “Alive” that transports the audience to those hot summer nights spent together with a passionate lover or the aggressive dubstep banger, “Dancing With The Devil,” Rain Man shows the audience what “Killin’ It” is really all about.

I would be remiss not to mention that Krewella also got support and production from some of the hottest DJs, producers and guest artists in all of music: Travis Barker (Blink-182), Patrick Stump (Fall Out Boy), Savoy, Pegboard Nerds, Gareth Emery.

Krewella’s debut, Get Wet, is an astonishing piece of work that is easily accessible and easily one of the top albums of the year. If you have a passion and excitement for music, in general, pick this one up immediately. And just remember, this is only the beginning.