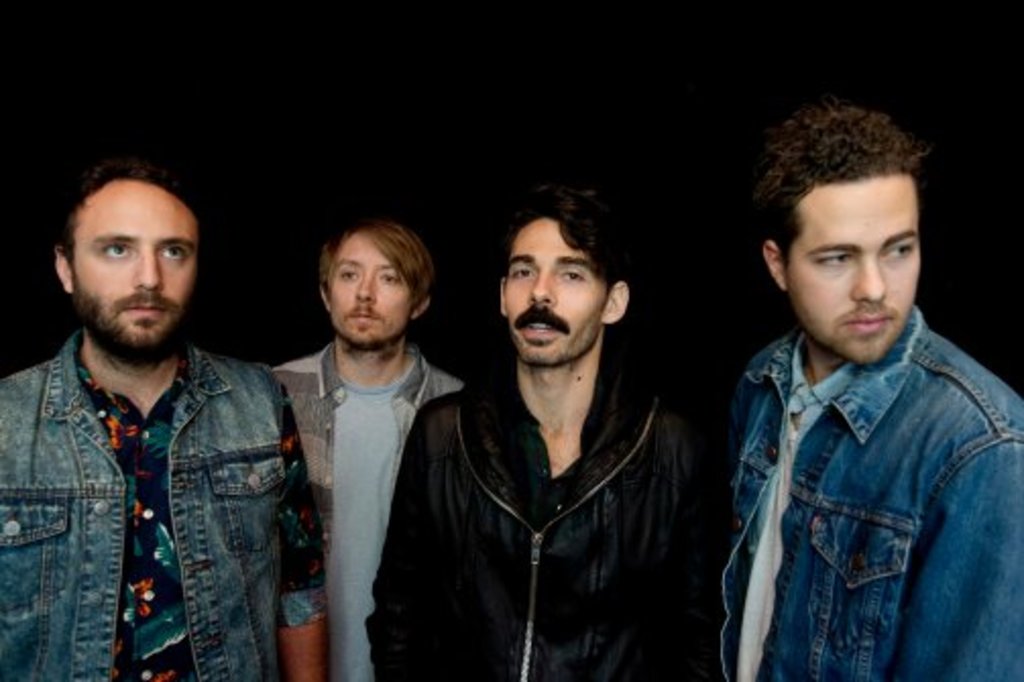 It’s been a busy year for LA-based foursome, Local Natives, with the release of their new album, Hummingbird, the highly anticipated follow-up to their self-funded debut album, Gorilla Manor. A few lineup changes and a massive tour in support of Hummingbird followed, and now the band is finally “feeling really good” about their current state, according to vocalist/guitarist, Ryan Hahn.  The once indie darlings are now bonafide stars and music festival stalwarts, taking their brand of battle-cry rock and melancholy tinged pop across the US, Europe, Asia, and finally, to Red Rocks this evening in support of The National.

Hahn spoke with 303 Magazine about recording Hummingbird with The National’s Aaron Dessner, surviving a crazy tour schedule, and what Local Natives has planned for the future.

303 Magazine: You spent most of the summer touring the festival circuit. Which festival did you enjoy the most?

Ryan Hahn: My favorite festival was probably Fuji Rock Festival in Japan. The festival, setting and people were just so awesome that day and it was such a beautiful day.

You’ve played in Denver several times before. What were your first few shows in the Mile High City like?

Yeah, we’ve played in Denver quite a bit, even going back as far as when we only played to a room of four people. People always seem down to have a good time and hang out after. We always have a lot of fun in Denver.

This will be your first time playing Red Rocks, though.

Yes, and we are so excited. Red Rocks is one of those places I grew up hearing about. I remember first hearing about it because of U2’s Live At Red Rocks: Under A Blood Red Sky. I’ve never been there and always wanted to play there. Being able to share the stage with The National in that setting is going to be so awesome.

Working with Aaron was great because we were friends first and then discussed working together later on. The working relationship was great because I felt like he was so open and honest with us. He became like a brother, always joking around and supporting us, and he really knows his way around the studio, the gear and equipment, whereas we are much more amateur when it comes to recording. It was really nice to have him around. On tour, it’s been amazing to watch The National perform every night. It’s inspiring for us to see how their performances and production keep growing. 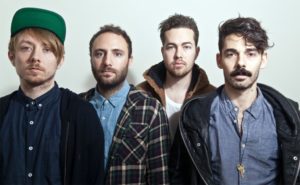 Hummingbird  has been out for almost a year. What has your fans’ response been like to hearing the new album live? Gorilla Manor was such a fan favorite, and a lot of fans seem to have a strong connection to that album. Have they reacted similarly to Hummingbird?

The response has been awesome. We were able to dig deeper on the new album and show more range. “Columbia” is a much longer, slower song than we typically write, but fans have responded much stronger to it than we anticipated. It’s been really cool to see our fans respond well to our new material. Gorilla Manor has been out for four years now, and we were so pleasantly surprised when people latched onto that album and are doing it again with Hummingbird.

A lot has happened with the band since the release of Gorilla Manor. What were you guys like as a band when you released Gorilla Manor versus where you are now? Where do you see the band going after you are done touring in support of Hummingbird?

When we were recording Gorilla Manor, we were living together and everything was scrappy. We wrote and recorded the record and didn’t really know what to expect, or if anyone would hear the album. For Hummingbird, we spent a ton of time together in our practice space writing together. Everything was much more organized and we really put in the hours to make it the best album possible. This time around, we were able to do exactly what we wanted. We asked ourselves, “What direction should the band take?” “Where do we want to take the music?”  It was interesting working on an album knowing that people were actually going listen to it. We demoed songs and played them live to see how fans responded.

Now, they dynamic of the band has never been better. We’re writing a lot more new songs while on tour than we did on our previous tours. Our last tour was kind of stressful, but we are having so much fun on our current tour. We’re feeling really good right now.

Have you started to conceptualize the new album?

We don’t have full songs completed but we definitely have ideas laid out. I don’t think anything on our next album will sound like Gorilla Manor or Hummingbird, but so far the songs are really energetic and uptempo. It’s shaping up much earlier than the other albums did.

Like you mentioned, touring can be really stressful. How do you stay sane while on tour?

The worst part is the lack of sleep. That kind of affects everything else. But, Melatonin really helps. And we invested in really nice Bose headphones. We can be on a bus or plane and just zone out and feel like we’re in our own space for a while. We watch Breaking Bad and Mad Men. If we have a long drive ahead of us after a show, we’ll have a movie night and put on Big Lebowski or Dumb and Dumber. We’re getting better about being on tour [laughs].

What are you listening to on tour?

We’re always showing each other new music. I’ve been listening to Tame Impala a lot, and Mount Kimbie.

Any sort of scotch is usually our preference. On the rocks.

If you weren’t playing music for a living, what do you think you would be doing professionally?

I think I would be doing some sort of music. We played an ad agency a few weeks ago, which is actually what I studied in college. I studied graphic design and marketing. I guess I would be trying to climb the ladder at an agency.

Do you have any crazy tour stories?

The one that comes to mind is not appropriate We’re a lot goofier than people would expect. Kelcey (Ayer), especially. He’s a complete nut job, and possibly the funniest person I’ve met in my entire life. Most of our crazy tour stories involve Kelcey doing something ridiculous.