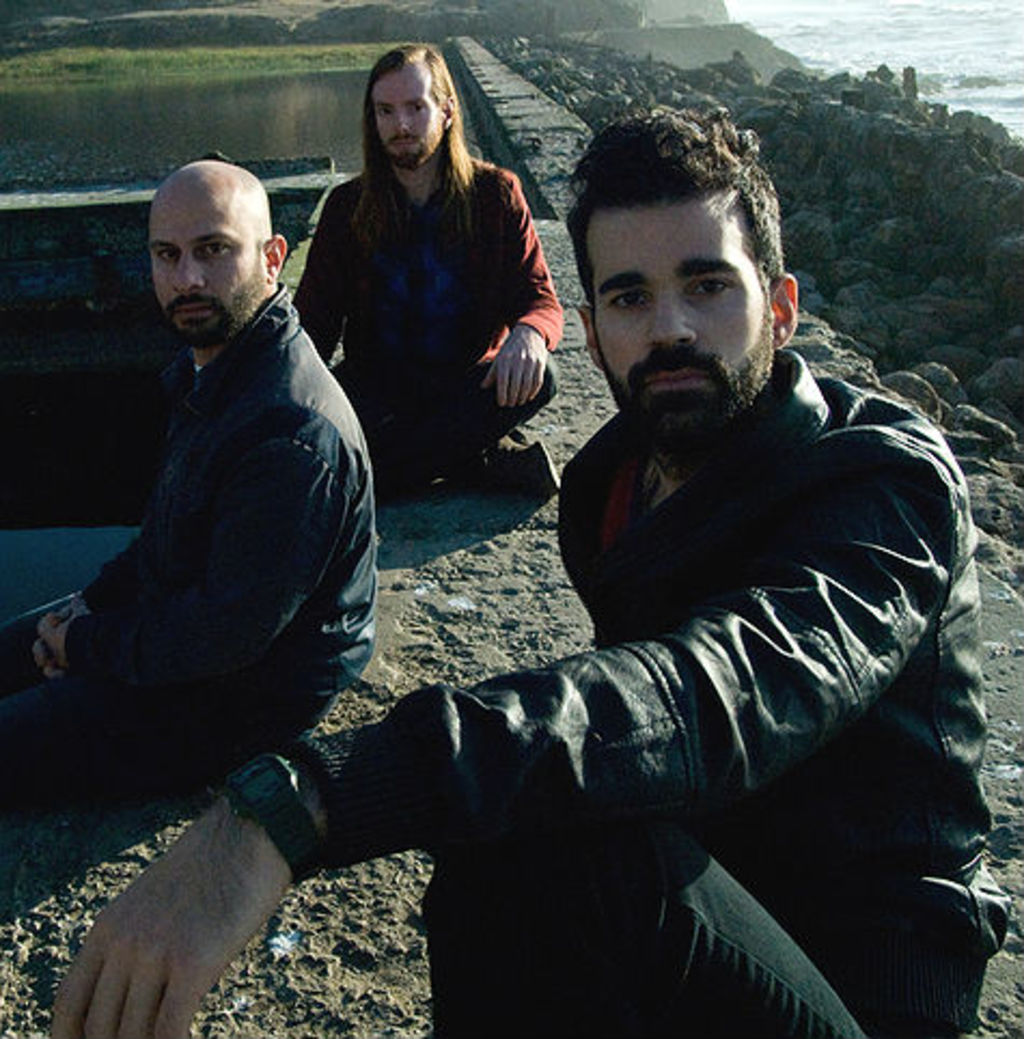 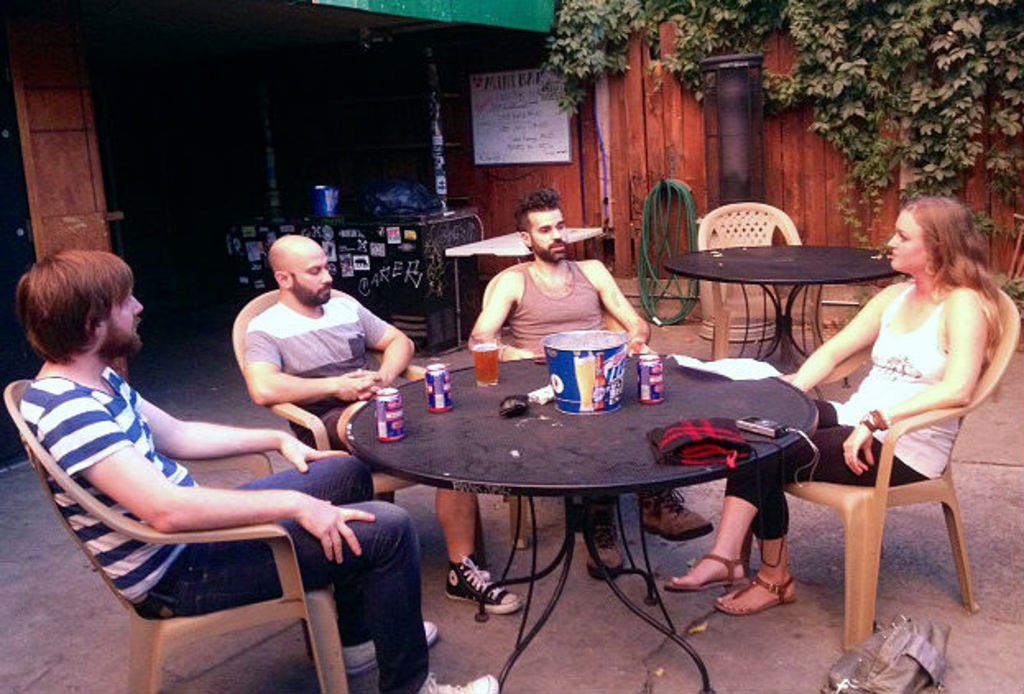 The SanFran-based band Geographer can best be described as a group whose sound is rather indescribable. Vocalist Mike Deni’s aching lyrics soar along his polished vocals backed by striking chords, spectacular synth leads and acoustic echoes from Nathan Blaz at cello/pedals/synths and blows from Brian Ostreicher at drums/vocals.

Geographer’s 2010 and 2012 albums, Animal Shapes and Myth, found themselves replayed to no end on my personal iPod. Deni’s elegiac verses of emotional discord and heartbreak pour through the soul while the upbeat electronic arrangements drive the tracks to new heights. Geographer creates an intricate map of music that cannot be replicated in today’s scene and, fortunately, we’re along for the ride.

I was lucky enough to squeeze in a post-sound-check interview with the guys before a startlingly great show Tuesday night at Larimer Lounge where dudes with thick-rimmed glasses and girls with pixie cuts happily bobbed and swayed whether or not they’d heard the songs before. The band and I sat the outside chatting about their unique sound, lyric writing, rad facial hair and breaking out to reach the masses.

303 Magazine: So we’re you’re last stop on your headlining August tour, are you excited to be heading back into the studio to finish recording the album?

Mike Deni: Yeah, definitely, it was a good tour but we’re happy to be going home. It was a good break to go out and play and see people every night, but now I’m ready to get back into the cave and start recording.

Your music has evolved since your first few albums after you began tailoring material for the live show, after a good number of tours under your belt, do you think you’re changing your sounds or have you hit a sweet spot of sorts?

Deni: I think we really concentrated most on the songs for this one, but you know we’re always looking to make sounds that are maybe difficult to register right away so that you can sort of get lost in it. We definitely spent a lot of time on the songs making sure they were actually good before even thinking about how they would play. 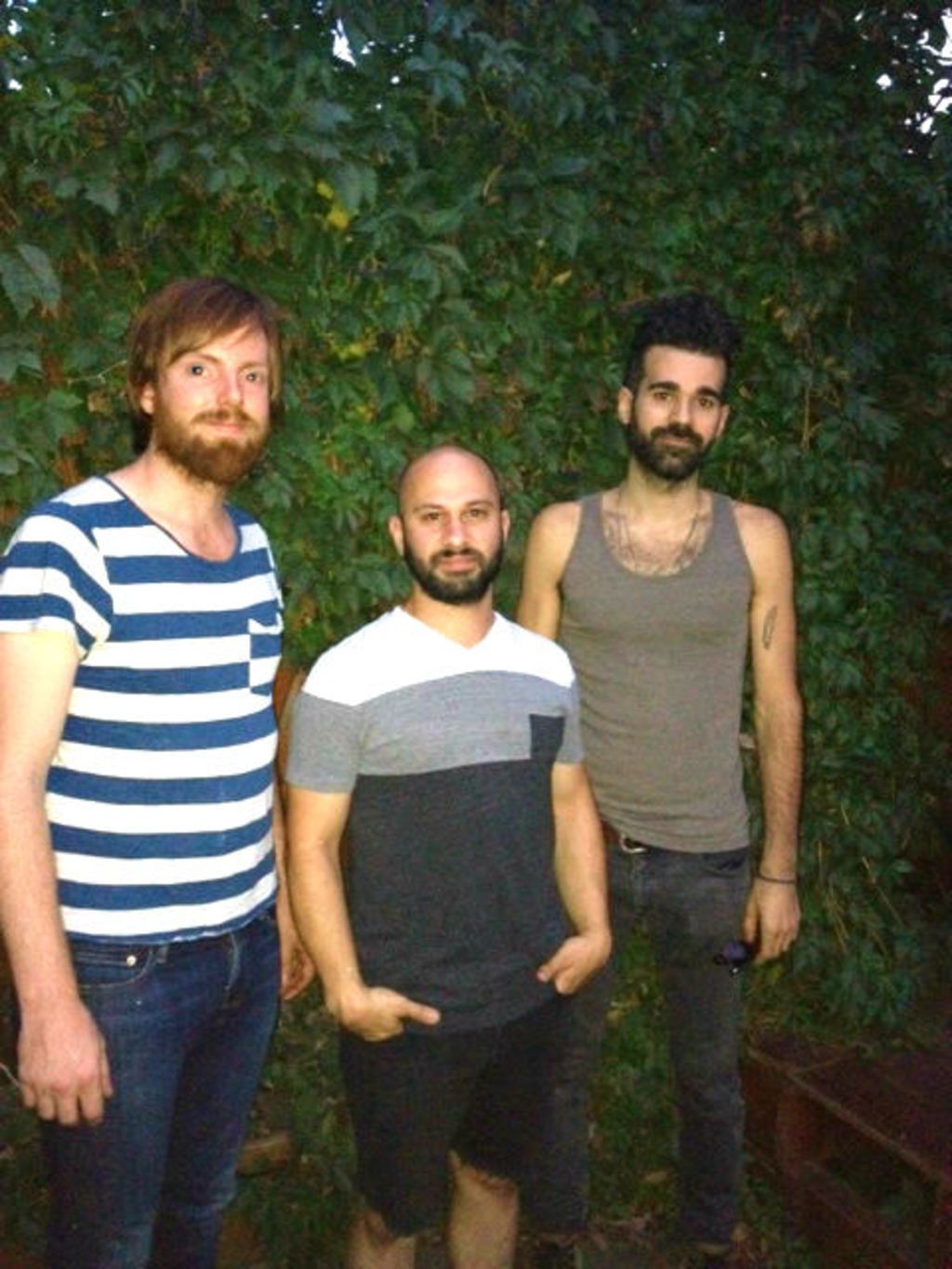 When can we expect the new album?

Deni: We’ll try and hurry up!

You’ve got a lot of sounds that kind of leave people scratching their heads and wondering what makes that particular noise, how do you do it?

Deni: A lot of it is pedals and combining different pedals because one pedal will do one thing and another will do another but if you switch the order a totally different thing happens. We recorded in Tiny Telephone owned by John Vanderslice who is kind of a fixture in San Fran and is really good at buying really good and really cool stuff that’s really fun to play with.

Ostreicher: We do a lot of bouncing ideas off the wall and seeing what sticks. And we’re in a unique position to be able to have more time with the songs, so I feel like this next record will definitely be better than the other records. [smiles]

I really love the lyrics in your songs, especially as a writer, because they’re very poetic. What means more to you: the catharsis of writing or being able to watch the audience react to your words?

Deni: As far as the catharsis of the feeling that makes the song and makes me want to write the song, that’s more linked to the writing of the lyrics. On stage, I enjoy watching the crowd react to the lyrics or sing along more than writing the song because writing the song is difficult. That’s the part where you just have to convene with the darkness. I mean I’m alone and thinking really hard about an idea that’s usually not the most gentle or cheery thought–and that means a lot to me but it does take a lot out of me.

But then seeing people react to it from the stage, is cool because it’s something that I put a lot of energy into that has had an effect on somebody to the extent that they will tattoo it on their chest or even just memorize it.

The lyrics in Animal Shapes seem to be more personal  whereas Myth’s lyrics seem to stem from these abstract ideas that generally apply to people in society, when you’re writing now, do  you take more personal stories?

Deni: It’s still more like people as a whole. I do like to use the first person because then it sort of makes me a character. So whether I really feel what I’m singing about, I still make it personal to the ‘I’ character of the song. But they are about themes of life more than my own life. Because I feel like at a certain point I got that out of me.

You can’t rely on your personal experience to be fodder for your creativity or you’re gonna have kind of a crappy life while you’re just waiting for the next difficult thing to happen.

Blaz: I think it’s song by song. I think our biggest philosophy is just trying to make the song as good as it can be and what it wants to be. So each song wants to be a different thing.

Deni: We don’t really go into a record knowing how we want things to sound. We sort of follow each decision we make which opens up another set of decisions and we keep following that path until it sounds the way that it does.

And it sounds great!

Ostreicher: Hopefully it will be mainstream–the new pop music.

Hopefully. But then you play on the radio with the likes of Miley Cyrus and Taylor Swift.

Deni: I mean, they seem like really nice girls. [Laughs] I don’t think if you get on the radio you’re automatically linked to those people.It’s always been really important to me, even as a kid, I’d make a song and then I’d immediately show it to somebody. We’re just trying to reach a larger audience without compromising what we do. We’ve just got to cross our fingers on that one. We don’t want to toil in obscurity, we want people to hear what we do.

I think it will happen–if I have anything to say about it, at least. Do you all prefer playing acoustically or  adding the electronic aspects?

Blaz: We like it all. We started out doing acoustic arrangements and we were forced to figure out how to play all the parts with one less person. So I think that was how we started bringing in electronics and we all really love synthesizers and electronic music, layering and arrangements and just unusual sounds. We wanted to keep incorporating more and more of that.

Okay, so I’ve gotta ask: the beards, are they like a right of passage into the band? Like if one of you shaves your beard, are you out?

Deni: No. I think about shaving it every once in awhile. But, you know, who wants to shave their face every day? Am I right?