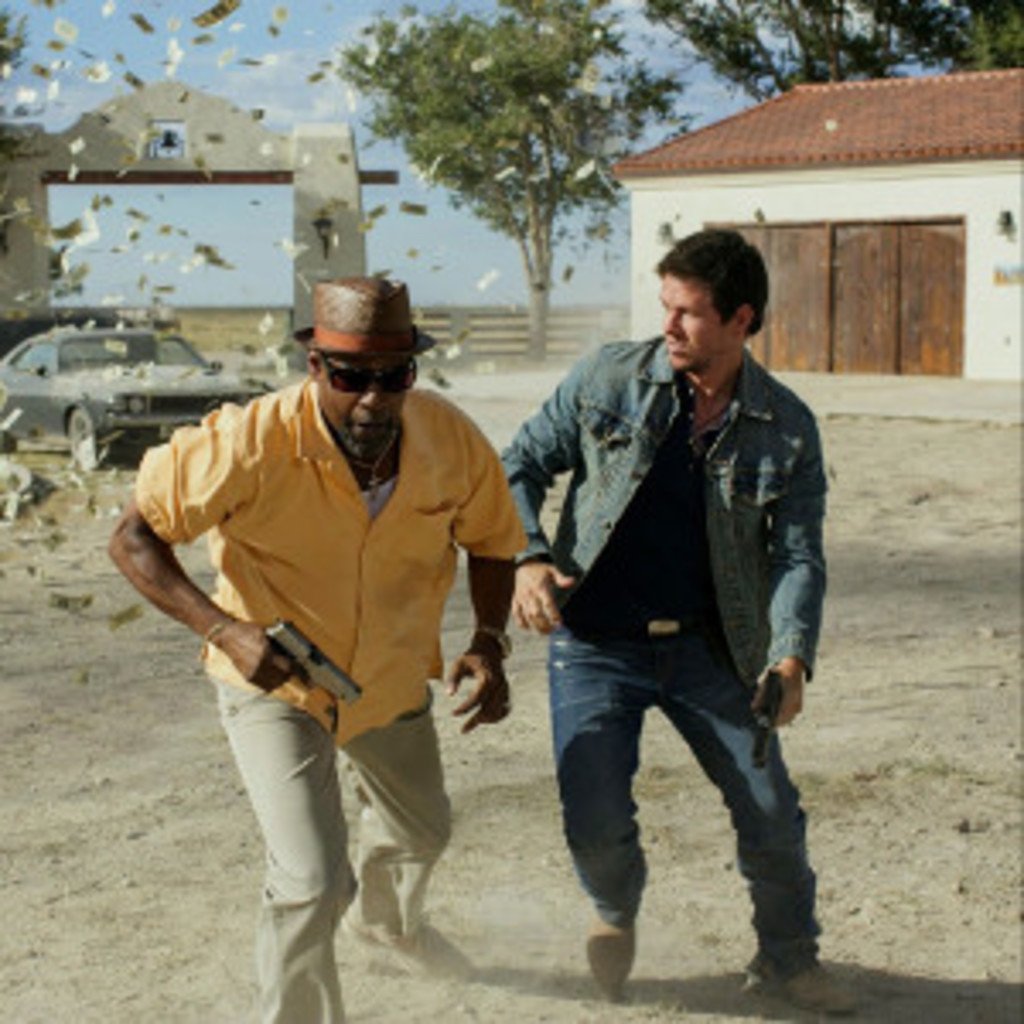 2 Guns is the new buddy movie starring Mark Wahlberg and Denzel Washington as two undercover agents who have infiltrated a Mexican drug ring – yet neither of them knows the other is a snitch. Bobby Trench (Washington) is a DEA agent working to bring down Papi Greico (Edward James Olmos) by pretending to be a smooth operator with gold teeth. ‘Stig’ Stigman (Wahlberg) is an NCIS agent who is also trying to get to Papi. After being double-crossed by Papi, Stig and Bobby work together to rob a bank in NM that has $3 million of Papi’s money. It turns out the bank has $43 million dollars – and it’s the CIA’s dirty money. This brings in the mysterious Earl (Bill Paxton in full on Chet mode from Weird Science) who works for the CIA and he’s a killer. Stig’s also being tracked by Quicne (James Marsden) who is a dirty Navy agent who takes the $43 million from them & tries to kill them. Now Bobby & Stig have to figure a way outta this mess while Bobby has to juggle his maybe-GF Deb (Paula Patton), a cop who might be double-crossing him too. Needless to say the convoluted plot goes all to hell by the end. There’s plenty of action, things blowing up, people getting killed, the usual genre fare for this type of crime movie. 2 Guns is partially saved by genuinely  funny dialogue, especially Wahlberg who gets most of the movie’s laughs. Once the movie is over though, it’s entirely forgettable. The script was originally made for Vince Vaughn & Owen Wilson, which they skipped to do The Internship instead. That’s a push. 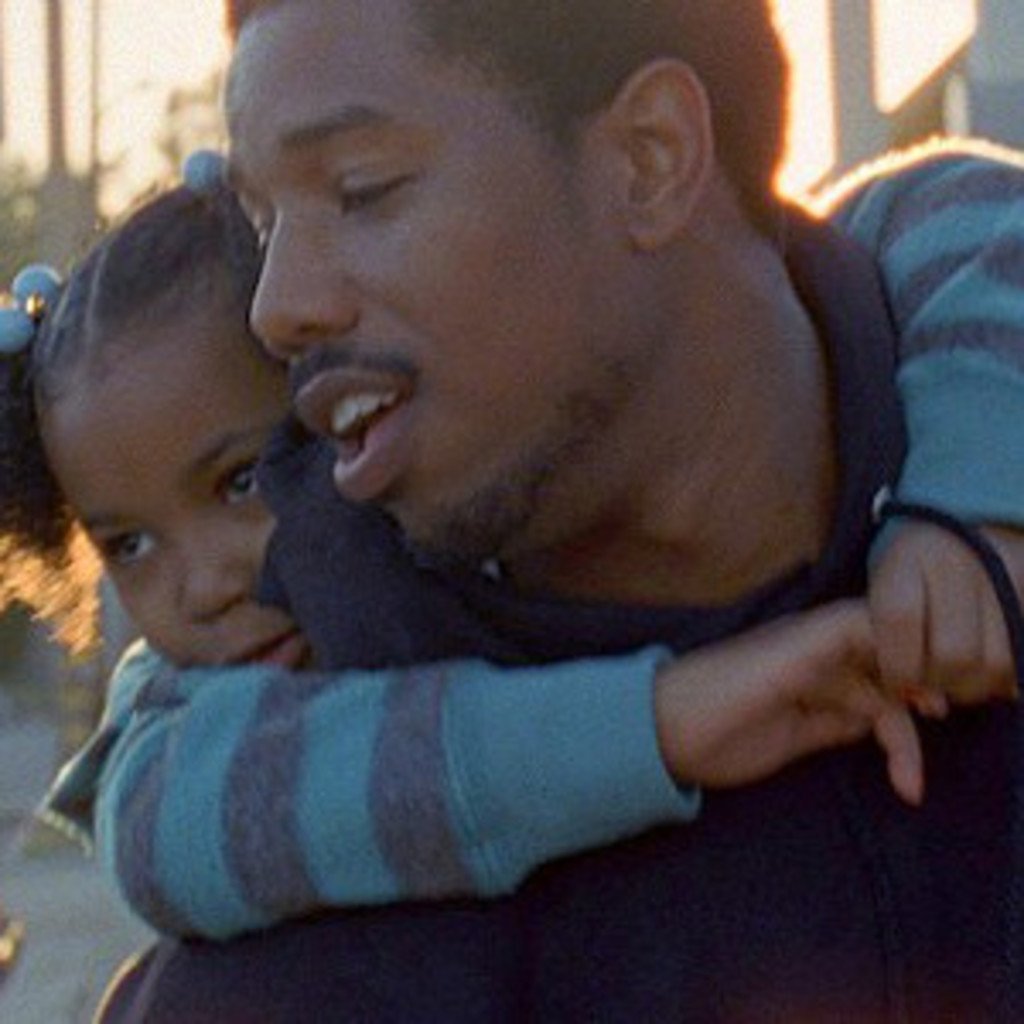 Fruitvale Station is the powerful dramatization of the last day in the life of Oscar Grant (Michael B. Jordan), a 22-yr old Bay Area resident who was shot in cold blood by a  BART cop early in the morning on New Year’s Day. Oscar wakes up on New Year’s Eve 2008 with a strong notion that his life needs to change. He’s lost his job at the super market and he fears telling his Sophina (Melonie Diaz) because he knows she will be mad. Their ridiculously cute daughter Tatiana (Ariana Neal) is the apple in Oscar’s eye. She is a driving force for him to leave behind his life of drugs and crime to go straight. Oscar spent the previous NYE in jail, he doesn’t want to do that ever again. It’s also his mother’s (Octavia Spencer) birthday too. She is a strong woman who only wants the best for Oscar yet she understands how hard it is for him. It’s her recommendation that Oscar and Sophina take the BART into San Francisco to see the fireworks and hang out with friends. All day and night, Oscar crosses paths with old enemies, new friends and family on his search for a new direction in life. An encounter on the train with some old enemies leads Oscar and his friends to being detained by BART cops. When tensions mount during their apprehension, a nervous BART cop shoots Oscar while he’s cuffed and on the ground. His death early that morning sparked off a riot and added another sad chapter to America’s racial problems. Jordan is fantastic as Oscar, his portrayal showing the struggle between his demons and angels. Spencer and Diaz also turn in good performances as the women in Oscar’s life. This is a quietly devastating film that packs an emotional punch. Highlyrecommended.

The Hunt (Jagten) is a powerful Danish movie featuring Mads Mikkelsen (Hannibal) as a teacher accused of abusing a young student who happens to be the child of his friends. Directed by Thomas Vinterberg (Submarino, Festen) so you know this one will pack an emotional gut-punch.

Smurfs 2 – y’know, for kids. I guess. Do kids like the Smurfs these days? Is the cartoon still on? I was told they are blue because there’s only one lady Smurf. Ba-dum bum.