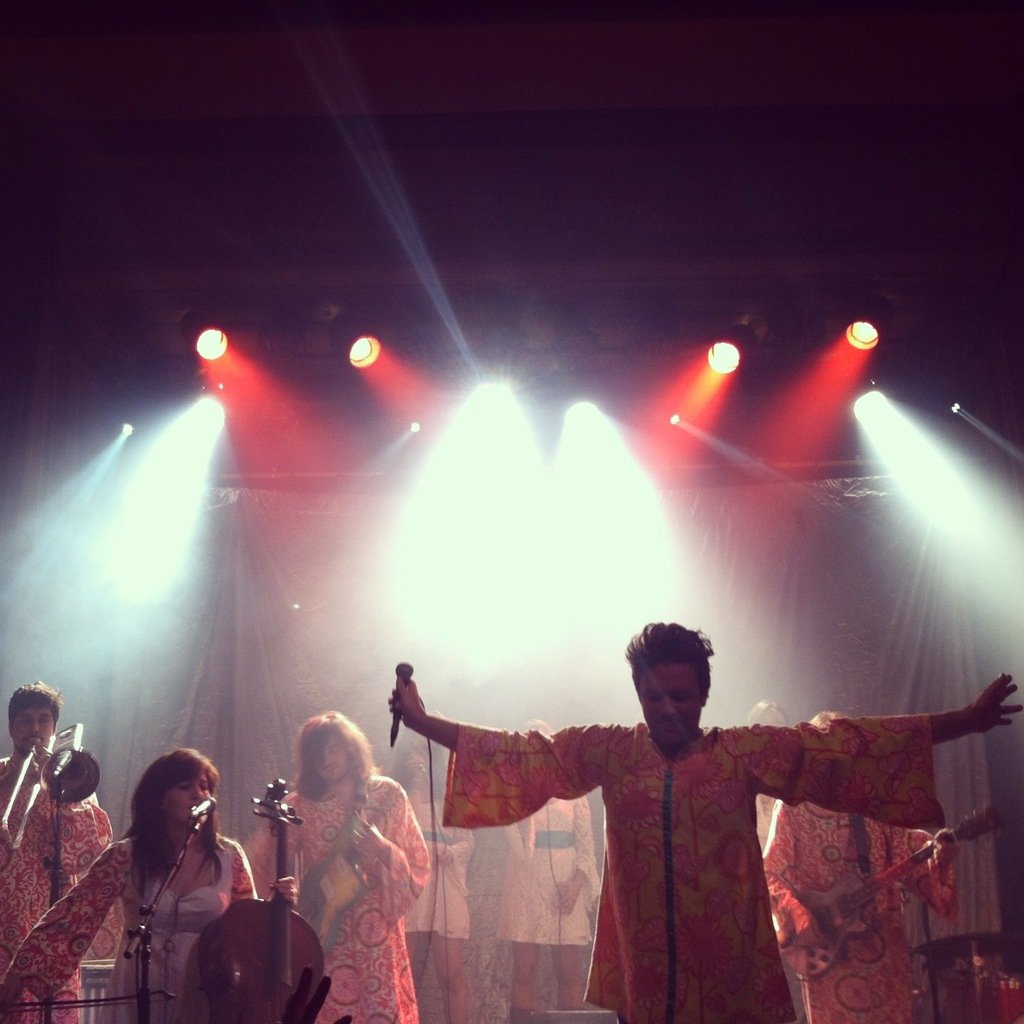 It’s been said the Polyphonic Spree can be something of a transcendental experience. The band played at the Bluebird Theater this past Sunday, on tour to promote their first new album in six years, ‘Yes, It’s True.’ The Dallas-based symphonic pop group is known for putting on a psychedelic, bizarro robe-wearing act that appears to be something of a pseudo-religious pop opera. Think “Jesus Christ Superstar” meets “Rocky Horror Picture Show” meets Wayne Coyne meets David Bowie. Like a phoenix, frontman Tim DeLaughter’s musical collective took flight after a close friend (and Tripping Daisy bandmate, Wes Berggren) passed away via drug overdose. DeLaughter then created an original cast that became a 20-person assembly of horns, drums, strings, vocalists and flower power go-go girls. The Polyphonic Spree played “Section 2 (It’s The Sun),” aka one of the memorable tunes from the Eternal Sunshine of The Spotless Mind soundtrack, as well as a very well-received (turned sing-along) “Section 14 (Two Thousand Places),” to a thrilled audience of folks clinging to the weekend.

Seeing the Polyphonic Spree is like waking up in a field of poppies, and walking into Emerald City.  Everything is brighter, happier and awe-inspiring in it’s technicolor splendor. The Spree played some new tracks and kept the crowd smiling, during their very magical two hour set.