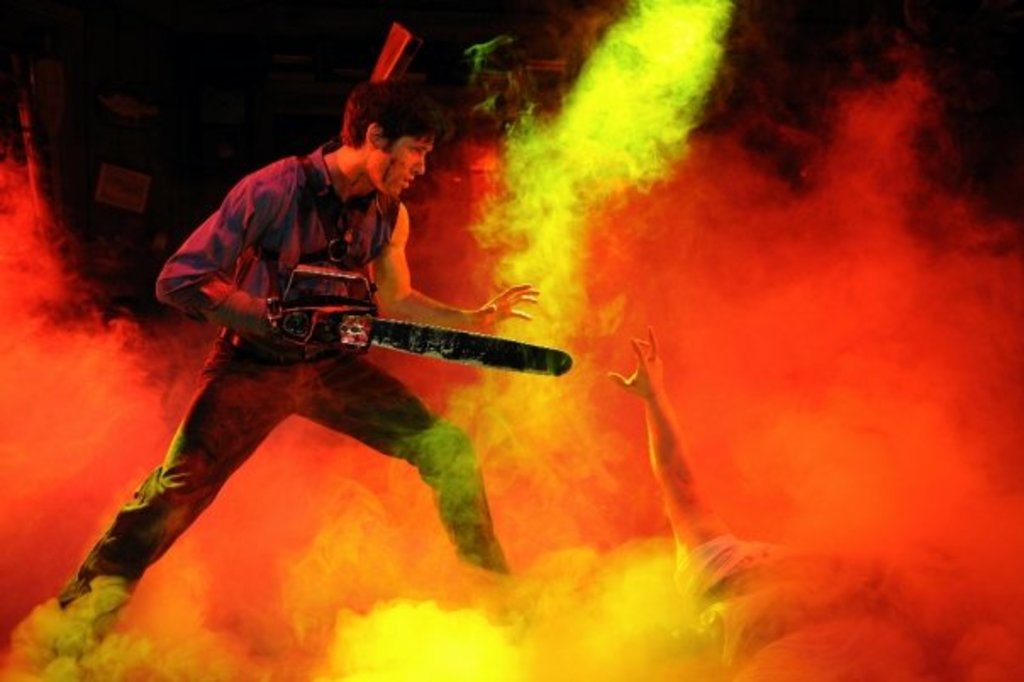 WHAT: “Evil Dead : The Musical” at the Bug Theater

It seems like every movie, television show, and pop culture phenomena are now fodder for musicals. Musicals- one of the more archaeologically interesting mediums, can illuminate historically significant mores, while simultaneously dropping in an awesome score (sometimes). Awesome synergy. Like any other cultural gamble, some musicals have been successfully adapted, but alas, there have been a roundup of rotten flops a la’ “Bring it on” and “Ghost.”

When I heard the Bug Theater, one of my favorite non-profit organizations, dedicated to presenting quirky and diverse theater, was presenting “Evil Dead: The musical,” I cringed with morbid fascination. Let’s call it “Les Gizzardable” for fun.

This musical is sheer campy fun overstuffed with hilarity and imagination. Forget the part about musical as cultural reflection, this show is visceral sticky guilty junk food all the way. This concoction combines three horror cult classics: “The Evil Dead,” “Evil Dead 2,” and “Army of Darkness,” into a wacky gory cornucopia of dance and music. My personal song favorite is “What the F*@k was That.”  See what I mean? 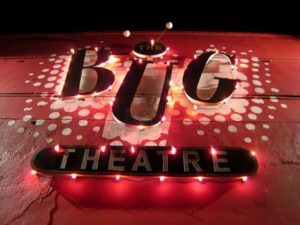 The musical follows a group of college students who go to an abandoned cabin in the woods, and accidentally unleash an evil force, turning them all into blood thirsty demons. It is up to the “Ash” who must save the day with the always trusty, reliable, fully gassed, and nearby chainsaw. Literally, blood flies and laughs ensue.  Like Gallagher without the fruit.

“Do the Necronomicon” and check out this horrifically hysterical adaptation at the Bug Theater beginning August 23rd.  Go out for a nice rare steak afterward.