What new release albums are to the music industry, NAHA nominations are to the beauty world.

At this year’s 24th Annual North American Hairstyling Awards (NAHA) put on by the Professional Beauty Association (PBA) – the Grammy’s of the American beauty industry if you will – Denver boasted an overwhelming presence among the list of prestigious finalists.

“It shows that people are finally starting to engage in the salon industry and pay attention to what’s going on outside of their neighborhoods,” Charlie Price, renowned Denver hairdresser and multi-NAHA nominee, said.

Although the four Denver stylists represented at NAHA have more than a half-century of experience combined, it seems as though Denver has recently risen to the crux of the national beauty buzz at NAHA and beyond.

“We have a really creative community that is finding its footing, especially now,” said Katelyn Simkins, freelance makeup artist and NAHA 2013 Makeup Artist of the Year nominee. “A lot of us have worked together for a number of years and this really isn’t anything new to most of us. I think it was probably somewhat of a chance occurrence that so many of us were all nominated in one year.”

These four all-stars: Price, Simkins, Matthew Morris and Gina Comminello, held claim to a total of nine NAHA 2013 nominations, capturing a nod for eight of the 14 categories. Mario Lopez hosted the blowout awards bash which was held last month at the Mandalay Bay Resort & Casino in Las Vegas.

“Most of the nominations came from cities that were not necessarily known for fashion,” Matthew Morris, owner of Matthew Morris Salon and Skincare and winner of the inaugural 2013 Men’s Hairstylist of the Year award, said. “I think that America really underestimates the power of the people not in the big cities. We also, as maybe smaller towns or smaller cities, feel like we have a little bit more to prove.”

Although they were up against stiff(ly gelled) competition, the Denver talents are all about teamwork among themselves, said Gina Comminello, owner of Cherry Creek’s THE LOOK Hair Salon & Beauty Boutique and 2013 Makeup Artist of the Year nominee.

The four spur one another on, “keeping each other on their toes,” as Simkins said, often times collaborating. In fact, Price, a 23-time NAHA nominee, twice-named NAHA Hairstylist of the Year and household name, was the one to encourage Comminello to enter NAHA this year, earning Comminello her first-ever nomination.

Unlike the satiated scene in LA or NYC, Denver’s beauty professionals are not jaded; the creativity of our city keeps them fresh.

“This city is amazing,” Morris said. “Denver is the best place on earth that you could live … you can go to Fashion Week and you can do everything that you want to do, but you can come back here and have the best quality of life ever.”

If Denver’s hair and makeup designers are the artists and their works “albums,” I think we should all continue to press play. 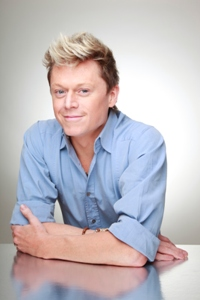 * WINNER: MEN’S HAIRSTYLIST OF THE YEAR *

“People call this MENver. There’s just so much hair to be cut here. There’s honestly so much business to be had. People say there’s so much competition … well, that’s great! We want competition. It’s not like there’s not enough hair to go around.” – Matthew Morris

“I find that if I just inspire myself and if I just keep myself motivated, then the rest follows behind. I try not to concern myself too much with being on the tip of what’s next. I try to live more in the moment.” – Katelyn Simkins

“I think at the end of the day what really makes it work in Colorado is … teamwork.” – Gina Comminello

Dafna Reflects on New Album and Next Steps

20 Comedy Shows To Check Out In Denver This October

SuitShop Offers Sustainable and Inclusive Ways To Get Suited Up

A Complete Guide to a Girls Weekend Getaway in Corpus Christi, Texas