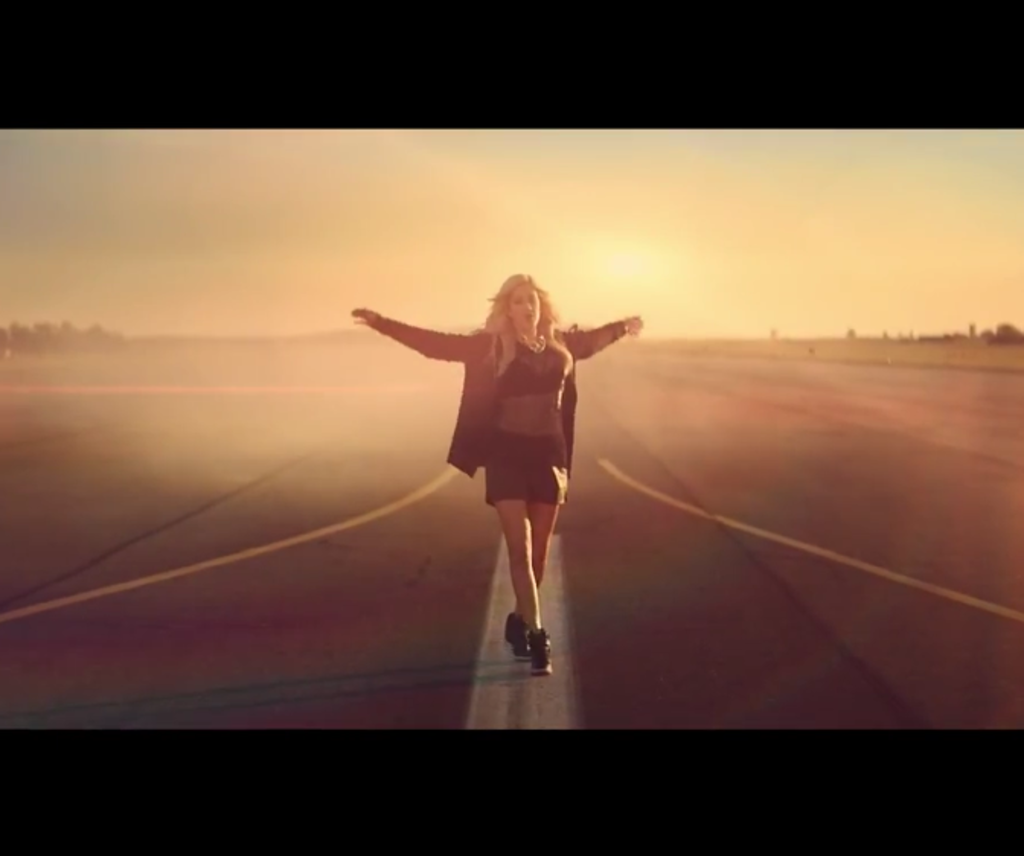 It might only be Monday, but I’m definitely in need of a few drinks and a dance party tonight. I’m not sure where it’s going to happen yet, but the one thing that I’m confident about is the music.

I fell in love with Ellie Goulding’s voice when I heard “Lights,” but it quickly became overplayed. That’s when I started and stopped listening to her, actually – up until now.

“Burn” is a new hit that’s fun to dance to, and it’s not overplayed on the radio, either (yet). The video isn’t what you’d expect when you hear the song, but it’s perfect for the summer: Friends driving around, dancing on an empty aiiport runway, and Goulding wearing a hoodie. But I love it, and you will too.

I’ll probably get a lot of shit for adding this, but I can’t help it. This is my other favorite video of the week. It didn’t deserve its own article with a title and all, because her name alone is offensive to many. But I don’t care that she grew up on the Disney channel and now has a boy’s haircut and dances provocatively with teddy bears in this video.

Here’s Miley Cyrus’ video for “We Can’t Stop.” See you in the club.