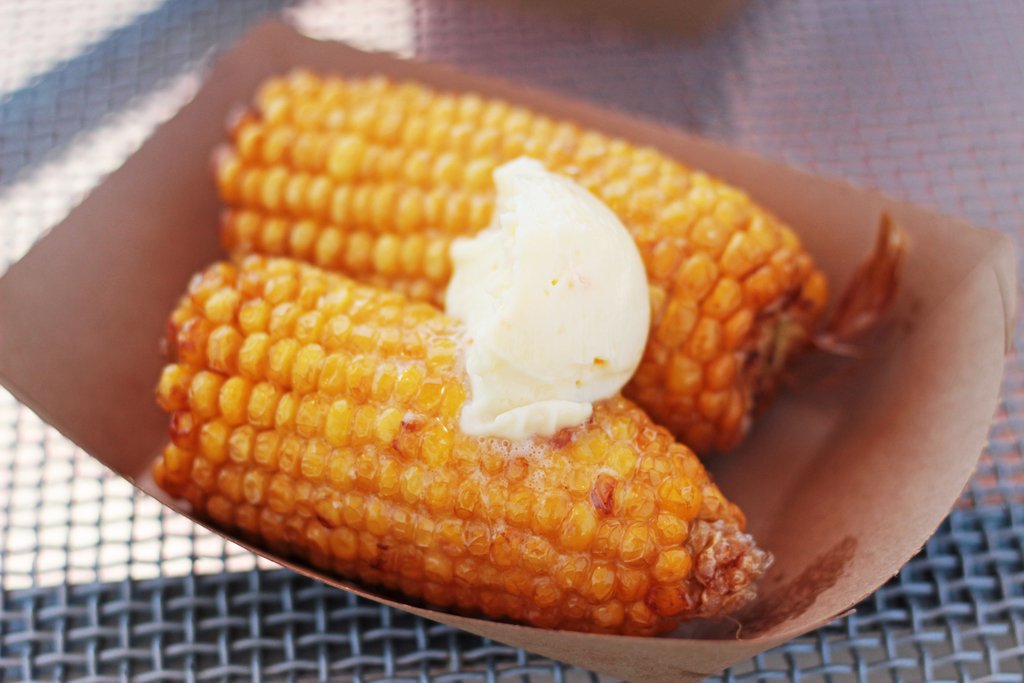 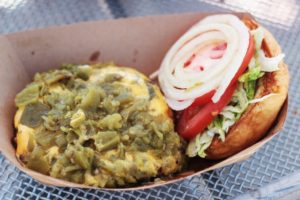 Steuben’s has solidified a name for themselves as one of the tastiest restaurants in Denver and their food truck is no exception. Steuben’s has a reputation for bringing you back to your roots and reminding you of your childhood with their spin on American comfort food. The southern comfort classics that you have come to love from Steuben’s are at the forefront of the truck’s menu. Although the truck version  can’t serve the entire brick and mortar menu they make sure to dish out the best sellers. The standard menu on the Steuben’s truck includes their Green Chili Cheese Burger and Pulled Pork Sandwich among other favorites.

My recommendation for this week is the Pulled Pork Sandwich. Steuben’s does justice to this southern staple by keeping it simple but delicious. The Pulled Pork Sandwich starts off with two slices of Texas Toast that are golden and buttered to perfection. Then comes their slow cooked pulled pork that has a slightly smoky flavor, the way all true BBQ should. They 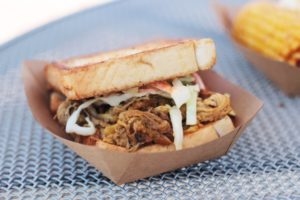 give the pork a squirt of their tangy Carolina BBQ sauce that balances out the flavor of the sandwich. To top it all off Steuben’s adds their homemade coleslaw to the top that gives the sandwich a great crunch from the crispness of the cabbage. It’s a simple sandwich but each component is done so incredibly well and that makes all the difference.

Stuben’s not only has great pulled pork but some awesome sides to go with it. Get the the Fried Corn or the Green Chili Fries, or both if you’re inclined. The Fried Corn was definitely the most unexpected dish I found at Steuben’s. The corn is deep fried, true to its name, and gets a dollop of Steuben’s Habanero Butter. Now I know butter and corn on the cob is not a new concept but I bet you’ve never had it fried before. Frying the corn adds nuttiness and has the faint taste of popcorn which was delicious and the habanero butter gave just the right amount of heat. It was almost like the American version of Mexican corn where they sprinkle chili powder on top. 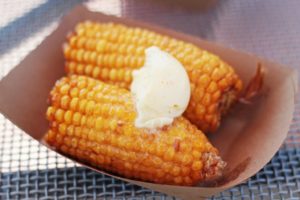 If Fried Corn doesn’t strike your fancy then you can never go wrong with French Fries. Steuben’s has some of the BEST fries in town because  for starters you can get them smothered in green chili.  This stuff is is super flavorful but not too spicy.  You can actually see pieces of the fresh green chili. It adds a really nice texture to the fries, so in one bite you get crisp fry and tender green chili. The fries are also perfectly cooked with a little crunch on the outside but soft and delicious on the inside. These fries are good enough to be a meal themselves.

Overrall Steuben’s has the type of comfort food that takes you back to when you were a kid. When you had that special memory of going to a diner with the chrome stools and the linoleum counter and ordering up a burger. Or when you had your first bite of BBQ and your Mom gets that picture of you with sauce all over your face. That nostalgic vibe is what it’s all about for Steuben’s.  So next time you need a bite to eat or a little nostalgia, stop by the Steuben’s food truck.

If you want to see more mouthwatering photos of my trip Steuben’s Food Truck, check out the Steuben’s Gallery by Jerusalem Gebreziabher .