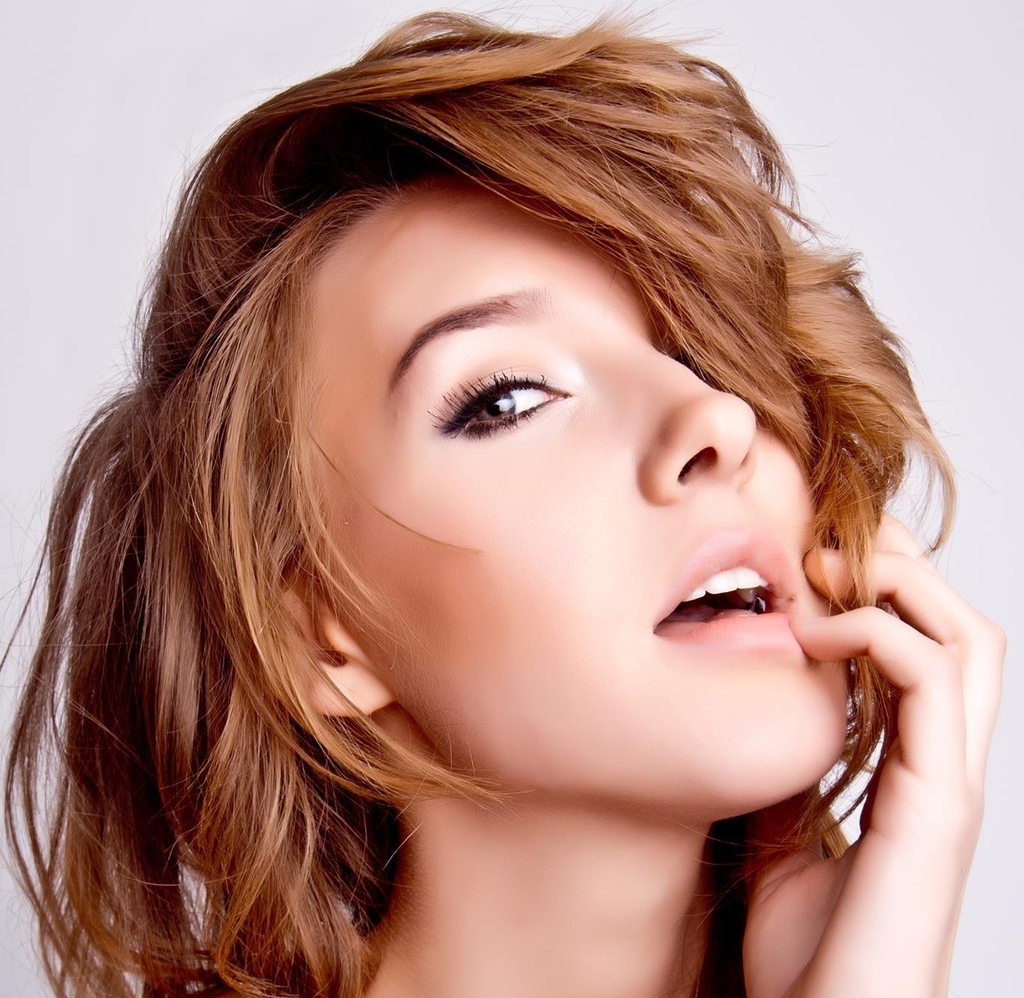 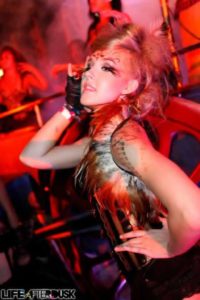 Go-go dancers are like motivational coaches for the dance floor. Even before the majority of inhibitions are lubricated away by booze, go-gos are already going to town on boxes adjacent to the DJ booth. Go-Go Soapbox is a blog designed to highlight individual dancers in different cities. DJs may get paid way more, but go-go dancers have become instrumental to electronic music performance. On the eve of EDC Week in Vegas and its Electronic Daisy Carnival centerpiece, 303 rendezvoused with one of its favorite faces, Los Angeles’ Chelsee Heinrichs.

Earliest dance-related memory?
It’s a tragic one, prepare thyself. After returning home from my very first dance recital at the ripe old age of three, I attempted to relieve myself of my perfectly styled yet entirely immovable hairdo. Obviously a brush wasn’t used, nor were my hands. Instead I said to myself, “Well if I can’t get a brush through my own bangs, who needs ‘em?” *snip snip* And at that very moment, like she had a radar for this sort of thing, my mother burst through the bathroom door sporting a look of horror to find me with a pair of scissors in one hand and my bangs in the other. I’ve sworn to never take scissors to my own head ever again. Wise decision, I think.

Booty camp? Supplementary skills?
I’ve been taking dance classes since I was three, varying in all styles including jazz, hip hop, ballet, tap, modern, African, baton and drill. I was also on my High School Dance Team and taught dance at the studio I competed for just before moving to L.A. 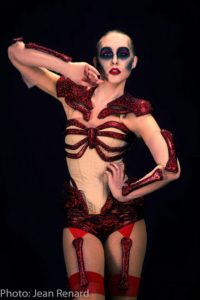 Extraordinary assets?
My badonk? That’s not a real word is it? My legs aren’t half bad either. Alright, steering away from the physical now in order to not look like a shallow bimbo. People say I’m funny. That could be the result of a very low comedic bar, though. I’d like to think that’s not that case. Or maybe the whole, “Aw, at least she tried,” type of funny. Let’s just say I’m hilarious. And I ramble. Hi.

Most titillating outfits?
One of my favorite outfits of all time was the Starving Skeletons from Insomniac’s Escape from Wonderland 2012. I’ve always had a huge addiction to fashion and that broken doll/editorial look, so rocking that glamorized malnutrition get-up was right up my alley. Plus, who doesn’t love vogueing bones?

Wardrobe malfunctions?
My wig has flown off. Clean off my head. The real kicker is that we ran out of wig caps that night so we had to use stockings instead. So I, Chelsee Heinrichs, was left standing there in full costume, full makeup and a single stocking gripping onto my noggin for dear life (unlike my stupid hairpiece). If that doesn’t test your confidence as a performer, I don’t know what will.

Most memorable onstage (or offstage) moment?
There are a plethora of incredible moments that have gone down on Insomniac stages. The most electrifying, however, are the ones when your group of dancers are all on the same page. Not only the same page, but word. Sometimes even syllable. When the music has a hold, for example, and your entire group sticks a strong pose or when there’s a drop and everyone hits it right on cue. I have girls that I absolutely love dancing with because I can simply flash them a look from the other side of the stage and they know exactly what to do. Being that connected with someone gives you even more confidence to put on a great show for the thousands and thousands in front of us.

Which DJ(s) do you most enjoy cheerleading for?
I’m a glutton for face-melting, earth-rattling bass, so anything that induces major stank face will have me dancing all night. I’d say Bassnectar, Magnetic Man, 12th Planet, Adventure Club, PANTyRAiD, and Excision fall nicely in that category. I’ve also been getting my ratchet on to a lot of Buku, UZ and TNGHT lately. Having said that, I really respect DJs that can make/play whatever they feel is right, despite what everyone thinks they should be playing based on their previous tracks. Skream and Diplo have definitely nailed that ability to cross genre boundaries while still maintaining everyone’s anticipation for the next great installment. I also have a major soft spot for Disclosure (I attended both weekends of Coachella this year just to see their set twice). And finally, BeatauCue has the freshest, danciest tunes that always put a smile on my face. I’m a little all over the place aren’t I? Ah well, monotony is for suckers.

Ink?
On paper only. I’ll be a writer until the day I die.

Turn-ons?
Intelligence. The willingness to learn. Tolerance. Understanding. Patience. Wit. The need to be adventurous. Silliness. An extensive vocabulary has been known to make me weak in the knees as well. But above all, enjoying a good smile.

Schoolgirl or day job?
Did the school thing, now doing the dance thing. One day I’ll do the writing thing and who knows maybe the travel thing. But, rest assured, I will constantly be developing, learning, and growing. And probably drinking.

Best way to stay abreast of upcoming gigs—go-go and otherwise?
Like my fan page at facebook.com/ChelseeHeinrichs, follow my Instagram/Twitter @seenotsea and when you’re really needing a fix, visit my website at ChelseeHeinrichs.com! Or just give me a ring on the telly. If you don’t have my number then refer back to the first few options. 🙂

For further information on EDC Week and EDC Vegas, ElectricDaisyCarnival.com