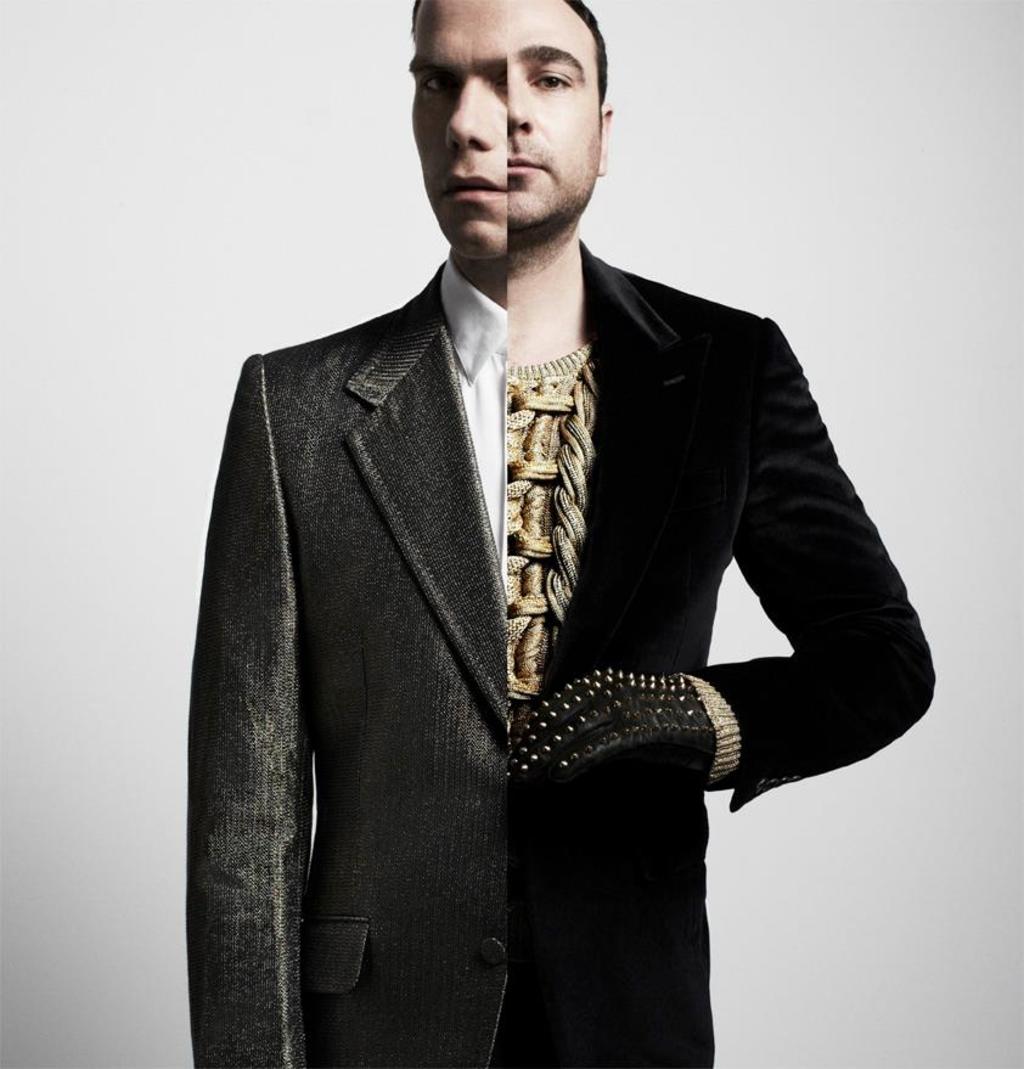 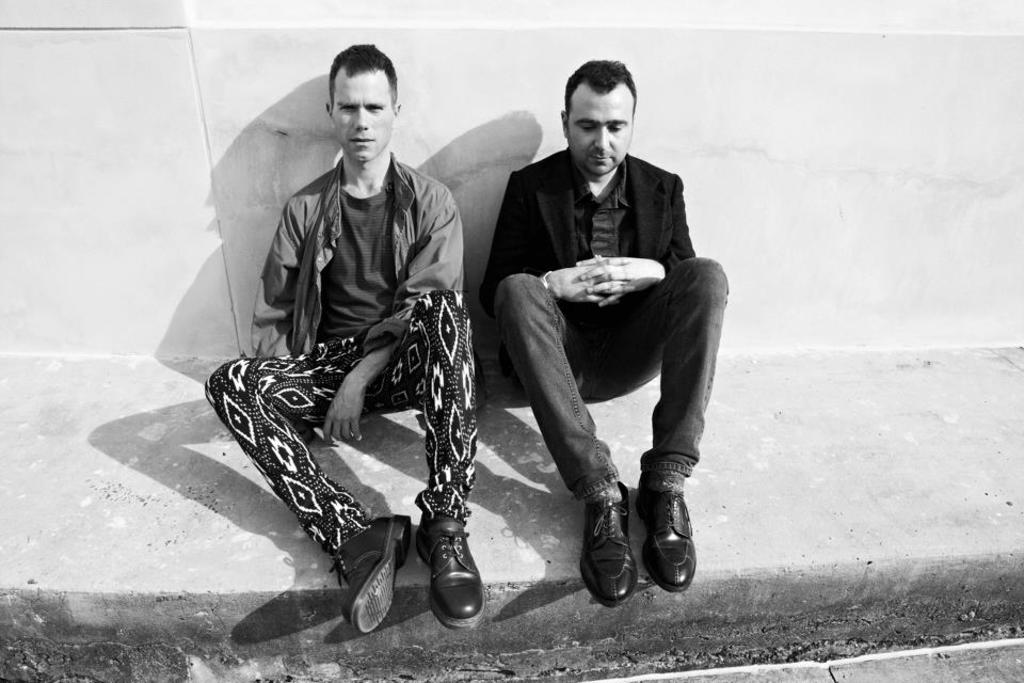 Avante-garde pop purveyors, The Presets, return to Denver on Saturday for their first show in the Mile High City since 2009. Touring in support of their third full-length album, Pacifica (2012), the pair will co-headline their show at Ogden Theater with Canadian electronic band, Dragonette. LA-based nu-disco producers/DJs, Classixx, will open.

The Australian producers, Julian Hamilton (production, keyboards, vocals) and Kim Moyes (production, drums, programming), have been making music together as The Presets for a decade, and have enjoyed no shortage of success. Arena tours with Daft Punk, several ARIA Awards (Australia’s version of a Grammy), and numerous comparisons to renowned counterparts like Nine Inch Nails and The Faint have made The Presets one of the most praised electronic acts around.

303 Magazine caught up with Kim Moyes to discuss The Presets’ current tour with Dragonette and Classixx, playing SnowBall Music Festival, touring with Daft Punk, and how they survive their demanding tour schedule.

303: You were in Colorado in March for SnowBall Music Festival. What was it like playing a winter music festival?

Kim: We had never played in the snow before and I totally didn’t prepare properly. I was walking around in dress shoes, running around on the ice. We had so much fun. Our stage performance on our last tour was a more stripped down version of our songs, so our performance at SnowBall was the first time we debuted our new stage performance and really went all out. We also deejayed an after party at the lodge we were staying at. We played to a room of only about 50 people and it was heaps of fun. We ended up making friends with a bunch of kids from Denver and we partied into the wee hours of the morning. We always have fun when we’re in Colorado and the altitude always seems to make us go a bit mad.

303: You are spending all of May on tour with Dragonette and Classixx. What’s it like being on tour with them?

Kim: Dragonette and Classixx are both really fun groups and play upbeat dance music. You should expect to come and get really sweaty on the dancefloor and have a fun party. We’re excited for all of our Denver friends to check out our show with them.

303: On this tour, you play a show in a different city nearly every night. How do you guys spend your days off?

Kim: Yeah, days off on tour are few and far between. Sometimes days off are just for traveling. Two days can easily get swallowed up by sitting on the bus, wishing you weren’t sitting on the bus. If you are smart enough and have time, you’ll do something cultural, like check out a local art gallery or restaurant. Honestly, though, if we aren’t traveling on a day off, the day is spent in bed until mid-day with a massive hangover. It’s also a great time to do laundry.

303: What are some items you always bring with you on tour?

Kim: I usually bring some green tea from home. My girlfriend is half-Japanese and gets this amazing green tea sent over from Japan. We’ve been drinking it for years, so I always bring it with me on the bus. It’s a nice reminder of home on the road. Also, people tend to get really sick while touring because of the air conditioning system on the bus. A few years ago, one of my friends told me to put a bit of lavender oil on my pillow before going to bed at night to fight off colds, so now I always bring lavender oil with me. And I always carry my headphones with me.

303: What kind of stage design and lighting do you have on this tour?

Kim: We were really lucky to support Daft Punk at the end of their tour several years ago. On that tour, their stage lighting included these huge light-up pyramids that were absolutely amazing. At the end of the tour, their stage and lighting manager reached out to us and said he was a huge fan and would love to design lighting for us one day. We met up with him the next time we came to the states and he’s been our stage and lighting designer ever since. He is so talented and has done stage and lighting for some amazing artists like Nine Inch Nails, Kanye West and Deadmau5. 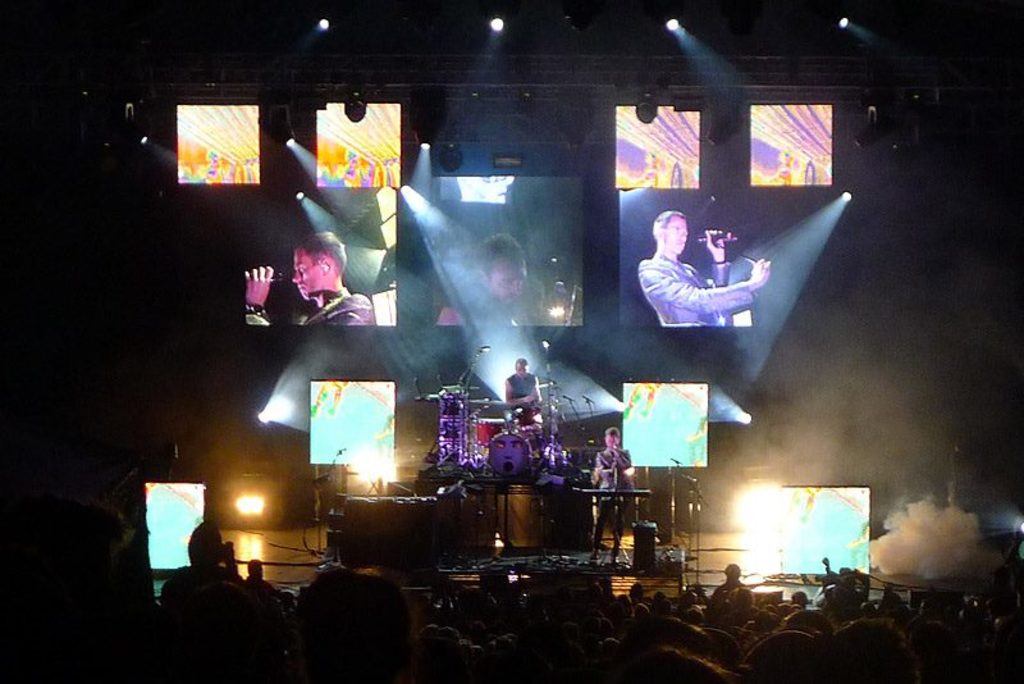 303: You and Julian have been making music together for over a decade. What is your relationship like with one another?

Kim: Julian and I have been playing together for almost 15 years. We met each other at uni in the 90’s and played together before officially forming The Presets. So, we’ve known each other for 18 years. That time has flown. Julian is so great. He’s got his feet firmly planted on the ground, and has really solid plans for the future. He’s reliable and really holds shit together. I’m perhaps maybe a bit more manic. We’re both really ambitious and push one another to be our best. The chemistry between us is really dynamic. It’s always exciting when we get together to make music or perform. It’s something I haven’t experienced with anyone else, and I feel so lucky that we found each other to share this time and career together. I don’t know what I would be doing otherwise.

303: Discuss your most recent album, Pacifica. Sonically, it is a departure from your two previous albums, Beams and Apocalypto. What inspired you to take a different direction with your music? What were sounds or themes you wanted to avoid on Pacifica?

Kim: I really wanted to take out the noise of what we had been doing previously. The sounds were very abrasive and noisey on our previous albums, especially in 2007/2008, when every kind of electro seemed to be this screaming, fuzzy and distorted sound – like Justice and The Bloody Beetroots. I was so over the way things sounded, so my conscious decision was to make a record that didn’t follow any trends and wasn’t so harsh. At the time we were making Pacifica, there was also a lot of noisey, poppy stuff, like LMFAO and that sort of shit.  Deep house was also having a resurgence. We didn’t want to fall into either of those categories. I didn’t mind all the deep house that was being played, because it is groove-based, we just wanted to avoid anything too trendy. We wanted to redefine our sonic image as something more grassroots and not strictly electronic based. So, we used as many acoustic instruments as possible, and didn’t rely on so many vocal effects and exposed Julian’s voice a bit more.

Kim: There is so much electronic music being produced right now, so I think the relevant question to ask is: “What makes good dance music?” For me, it comes down to the groove. What is the bass doing? If you can nail down a groove that undeniably makes people want to move, then it’s a no-brainer. Anything else you can do to add to it, like changing the harmony, is just icing on the cake. I like adding harmonies to beats that almost sound like dissonance, like it almost shouldn’t go together, but it does. That’s “funky” to me. Unexpected moments are valuable, and the song should feel like it is taking you somewhere.

Kim: Julian is definitely the better dancer. I dance like a person who has been in a coma – I kind of just flop around. I’ve got my own style. Julian’s brother is a professional, contemporary dancer and choreographer, and they took dance classes when they were young. So Julian has definitely got some style.

303: In Australia, you guys are household names. You’ve headlined arena tours and won several ARIA Awards. What is it like touring the US, where you are playing intimate venues and are still unknown in smaller markets?

Kim: It is always a bit humbling, but it’s really cool. When we started playing big arenas in Australia a few years ago, I feel like we became a bit lazy because people were hyping themselves up about our shows. We didn’t need to do as much to feed the hype. But in the states, it’s almost like we are playing some of our first shows again. It’s a good reminder that we need to keep things interesting and always step up our game. It reminds us to perform as hard as we can and to give our best performance. The venue sizes vary across the states – in major markets like LA and NYC, we will sell out places like Terminal 5, but in smaller markets, we will often play to a crowd of 500 people. We love those shows because it feels like a big party. Everyone is so excited to see us and the energy is really special.

303: What is your best memory of playing a show in the US?

Kim: Definitely the first time we played in Cleveland, OH a few years ago. We played in the basement of a restaurant. There was no stage and people were dancing over us. It was so sweaty and crazy, just like a total punk show. We still remember that show very fondly and we had so much fun.

303: Aside from touring, what do you have planned for the remainder of 2013? Have you started conceptualizing your next album yet?

Kim: We’ve been working on some new music over the past few months. We’re getting the wheels in motion for our next record and will start writing for it when we come back from tour. Julian and his wife are expecting another kid in July. I’m producing a few albums for some other artists. So, we have a lot going on but we are definitely looking forward to start the process of making another album soon.

The Presets play Saturday at Ogden Theater with Dragonette and Classixx. Tickets are $25.75 in advance. Doors open at 8 p.m. Show starts at 9 p.m.

WANT TO WIN TICKETS? Share this link on Facebook for a chance to win a pair of tickets to the show!