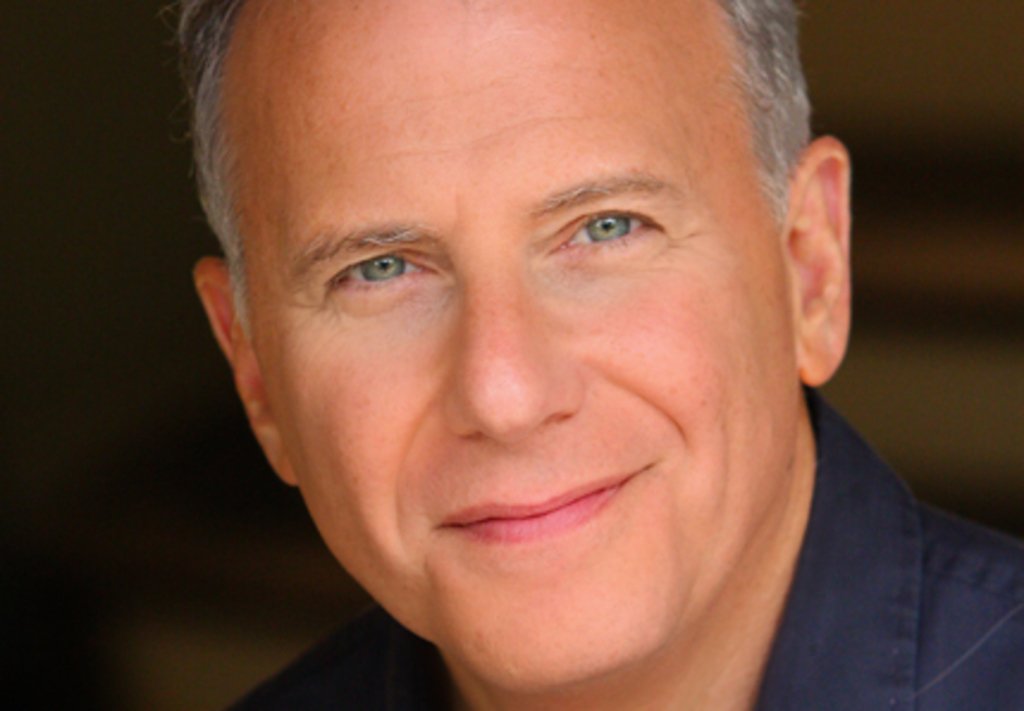 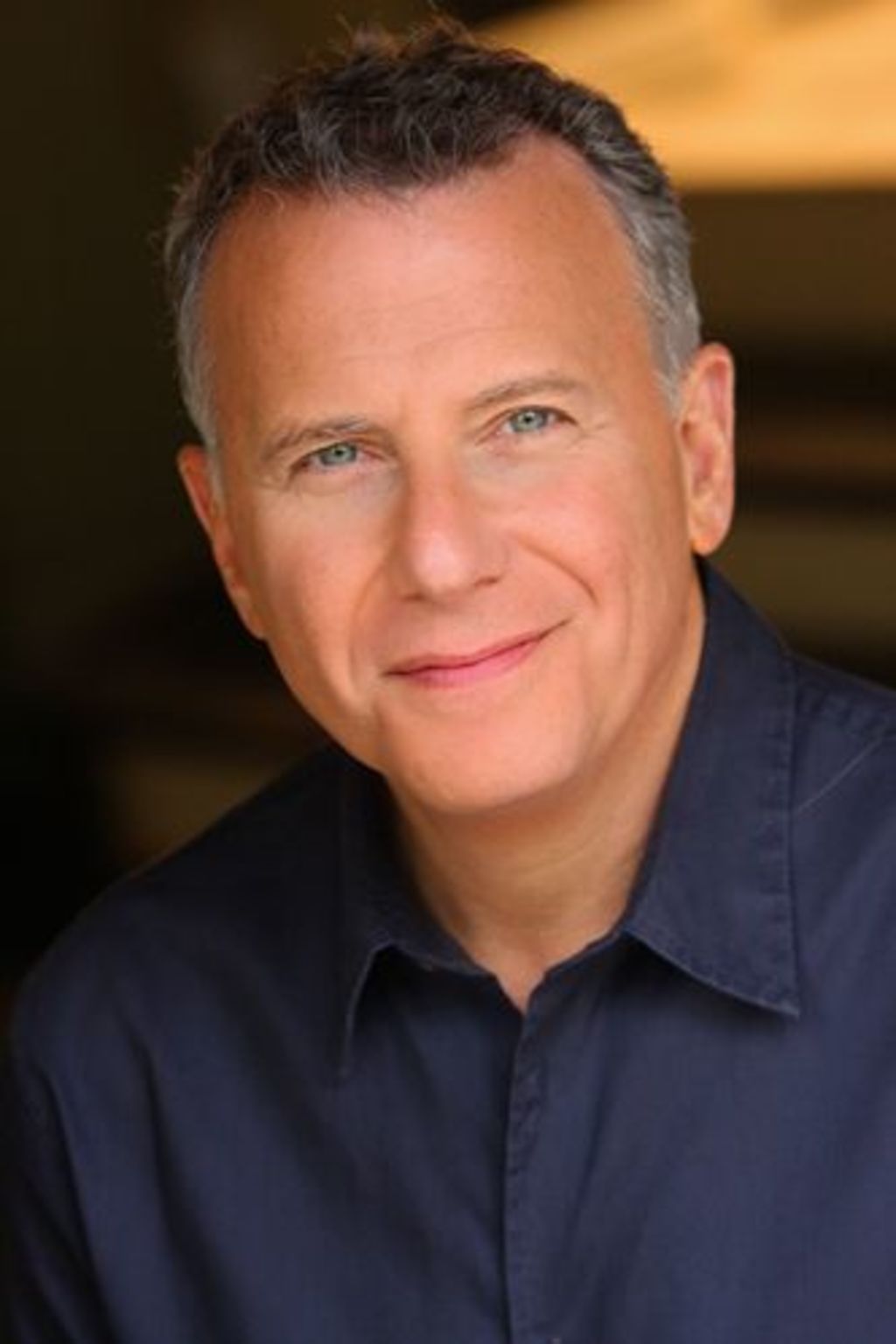 When Paul Reiser comes to mind, it’s hard not to think of Paul Buchman, the yin to Helen Hunt’s yang on the wonderfully honest and hilarious sitcom, “Mad About You.” Or Carter Burke, the diabolical corporate lackey that nearly terminates the entire human species in James Cameron’s Aliens. Or the hapless Detroit detective slyly covering for Eddie Murphy’s Axel Foley in Beverly Hills Cop.

But long before film and television, Paul Reiser made a name for himself with stand-up comedy. And after a twenty year absence, the family focused comedian now comes full circle, returning to the stage for a series of shows at Comedy Works in Denver this weekend.

“At first, the legs were a little bit shaky,” says Reiser. “My skills had atrophied, but it felt great. It was familiar in the best sense, knowing how much I love performing on stage.”

Born and raised in New York, Reiser showed an affinity for music early on, studying piano, composition, and theory at Binghampton University (side note: he co-wrote and plays the theme song to “Mad About You”). But the comedy club scene really drew his attention in college, leading him to stand up. And a chance audition as a comedian named Modell turned into Barry Levinson’s coming-of-age film Diner, giving him his first big break. Many successful movie roles followed: Beverly Hills Cop I and II, Aliens, The Marrying Man, and Bye Bye Love.

In 1987, he starred as one of two fathers of a teenage girl in the sitcom, “My Two Dads,” before rising to fame with “Mad About You,” a show he created, wrote, and starred in with Helen Hunt. Afterwards, his focus shifted to popular author, delivering three books (Couplehood, Babyhood, and Familyhood) about the ups and downs of relationships, fatherhood, and family life that ended up on The New York Times’ bestseller lists.

Today, Reiser continues to write music, teleplays, and lots and lots of jokes for his comedy tour.

“There’s really no way to short cut it,” he adds. “The only way to do stand up is to jump right in, see what’s funny, and go back the next night and make it funnier.”

All in all, it’s hard not to be mad about Paul Reiser. A happy go lucky and down-to-earth guy, he sat down with us to reflect on his early comedic roots and the movie and television roles that made him famous, from the silly to the serious.

As a teenager, you gravitated toward music, had your own rock band (Upper Deck), and studied piano and composition. What moved you toward stand-up comedy?

I always loved music when I was a kid. I played piano and was one of those guys who had a band. But I always loved stand up. I just didn’t know it was an option in life. I didn’t know you could actually become a comedian.

And it wasn’t until I got into college when comedy clubs really started coming into being. Guys would go in unknown and emerge with a career. People like Freddie Prinze, David Brenner, and Gabe Kaplan. And I was drawn to it because I loved it. And just stayed with it.

I never really thought music was going to be my career anyway. I knew how to do it and it felt like it was going to be an easy major. But I didn’t know what I was doing. College was like a Petri dish. You go in and just see what happens over those years!

So, I got into some theater, did a few comedies (not heavy acting), and some silly/goofy plays. And realized I really liked performing. I really liked doing comedy. And it led to stand up; the simplest version of that. You don’t need cameras or anything to do it other than a piece of paper and a pencil.

And a handful of courage? 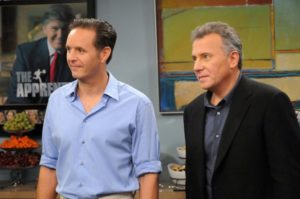 I’m not sure how much courage you need, but I think if you’re scared of doing it, you don’t do it. Comics do it because they have no choice. If you wanted to be reasonable and logical, it’s the very last thing you’d do. You have a slim chance of success and a very good chance it’s going to be torturous for a long time. But you do it because it feels right.

Do you remember your first time on stage?

Absolutely! In fact, I have it all on cassette tape somewhere. I had a microphone and a cassette recorder on a table in front of the stage and I was about 17 or 18 years old. It was audition night and I was doing some really wacky stuff. And on the tape, in the middle of my act, you can hear one guy say to another, “I’ll tell you this much; he’s sure got balls.” It was my first review. A stranger going, ‘yeah, he’s up there.’ And it always makes me laugh.

Right next to Darth Vader for all time great villains is Carter Burke from Aliens. What do you remember about that experience, working with Sigourney Weaver, Jim Cameron, and those busy little creatures as your character described them?

It was one of those things where, when I read the script, it was truly horrifying. It was so scary! And that’s rare to actually read and see it on the page. I knew immediately that it was going to be a huge hit because the first Alien was great and I had seen Terminator and James Cameron was brilliant. And I remember thinking, “If I can be in this, all I have to do is not mess it up.” As opposed to stand up, where it’s all about you. It’s your thoughts and your delivery. Here, somebody else was going to do all the heavy lifting. I just had to play this little part and not mess up the joint. 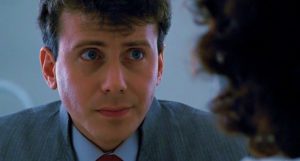 It was such a fun experience because I was the outcast. I was friends with everybody in real life, but in the story, I was the corporate guy. The odd man out. And when I got there, it truly felt that way. All the other guys were in the military, got there a couple of weeks early, were bonding and working out together. And Sigourney was off doing her thing. And here I was, the new guy with a pen and notebook. It really helped enforce the feeling of being left out, with my own agenda.

The rapport between you and Helen Hunt was absolutely fabulous on “Mad About You.” How did that relationship begin and develop and influence or change the characters and the story?

I met Helen before the script was finished. She and my wife had a mutual friend who invited us all to dinner, totally coincidentally. There were about 8-10 people at dinner and that’s when we first met. Upon meeting her, I thought, she’s really funny, smart, and lovely. Then, about a month or two later after I finished the script, called her up and said, ‘I don’t even know if you if you’re interested in doing television, but I wrote this thing. Tell me what you think and if it’s something you’d consider.’

So, she read it, responded, and then came over and we talked about it. She said, ‘if I was going to do a show, it was going to have to be such and such.’ And I told her, that’s exactly what this was going to be! A really intimate look at what makes a relationship work.

So, from the get go, it was great. It was really easy. We had the same sense of humor. We were both equally neurotic in different flavors. And that was one of the things we used in the show. It was never about her being sane and him being crazy. They were both good, smart, neurotic people, scared of different things. It was like a real relationship.

Luckily for us, it was such a rich area to mine and we were able to keep it going for seven seasons. In fact, I think some of our best shows were in the final season. And we were happy to get out before that all changed and happy with the quality of the work right up until the end.

Many comedians are phenomenal in dramatic roles (Jim Carrey, Will Farrell, Robin Williams) just as you were in Strange Relations. I was curious what that experience was like in breaking away from comedy. Was it at all difficult?

Thank you. My goodness, that was another fun experience and it was one of those things where going away does a lot of the work for you. We shot in Liverpool, in northern England. And obviously, being a fish out of water is a lot easier when you actually are a fish out of water. Overall, it was a very sad and honest story, but underneath, really sweet. 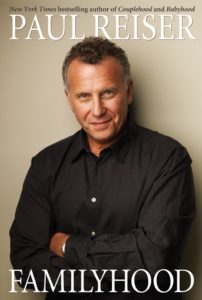 It’s interesting. I’m always drawn to a lot of emotional stuff. When I write music, I’m always writing really sad stuff and heartbreaking melodies. I don’t know why, but I love that. People think, ‘Oh, he’s just a silly, goofy comic.’ But for me, it’s not a stretch at all to get me to love a sad and serious movie.

You’ve done it all. Stand up, music, television, film, stage, books. Is there anything you haven’t done that you would like to try?

You know, everything that’s happened? There was never a plan for any of it. I’m pretty open to whatever comes up. The books were a great thing that I never anticipated. The last one was 15 years after my previous book and in that time, we had another kid, and a lot of life happened. So, it was a completely different feel and experience. More thoughtful and reflective. And it was nice to have that opportunity.

Overall, I’m looking to do everything and anything. I’m developing a couple of things for television and if they go, they’d be great to do. If not, I’m having fun doing stand up and looking at whatever movie roles come up down the road.

What’s it been like getting back in the saddle of stand up?

Getting back after twenty years of not performing has been so refreshing. It’s something I’ve always wanted to get back to, but kept putting it off. And then, last year, I decided to jump back in, started going to the local clubs, and putting together 5-10 minute scraps of stuff I was thinking about.

It’s funny, there’s really no way to short cut it. The only way to do stand up is to jump right in, see what’s funny, and go back the next night and make it funnier. 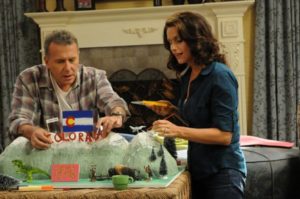 At first, the legs were a little bit shaky. My skills had atrophied, but it felt great. It was familiar in the best sense, knowing how much I love performing on stage. And having a healthy, sane schedule has been great. About 2-3 weekends a month, I get to visit a new town, meet new people, tell some jokes, and go home.

Have you been to Denver before?

I’ve been to Denver, but I’ve never performed in Denver. I’ve visited, I’ve toured, and I’ve skied in the area. I’m not exactly a skier, but it’s mandatory there (laughs).