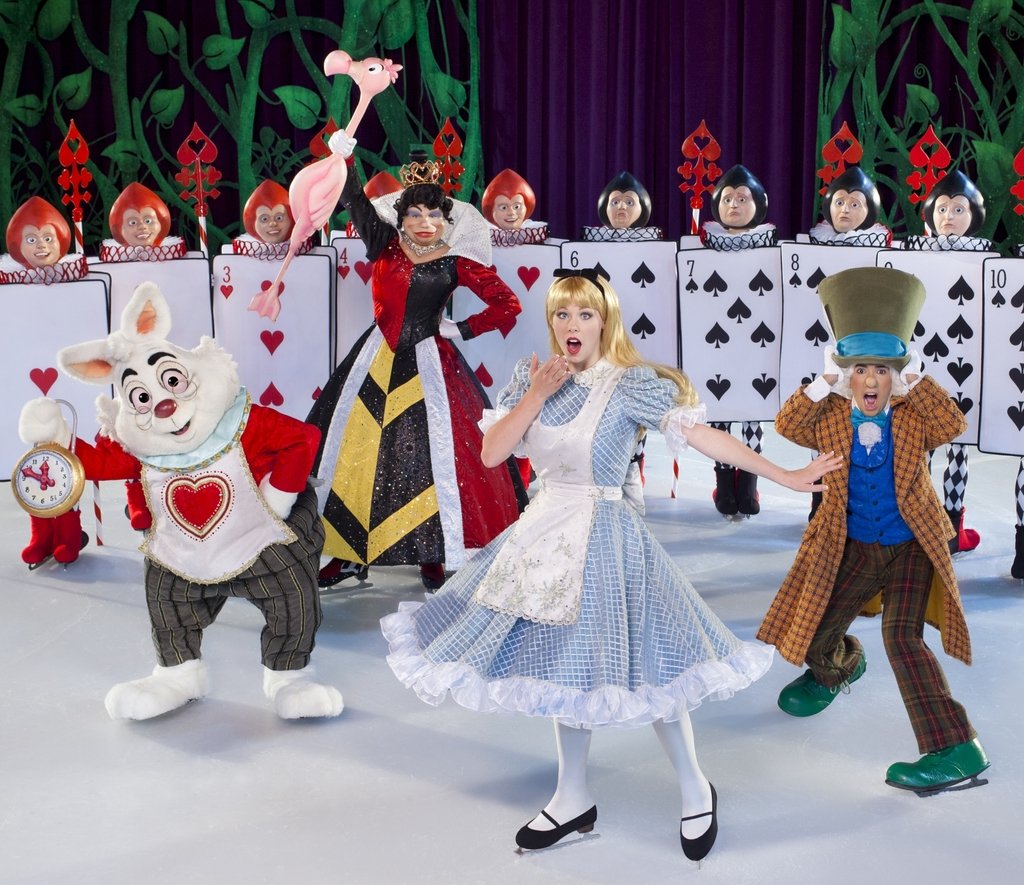 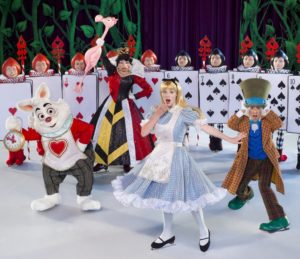 Just call me an Alice completist. I have seen at least ten to fifteen different film and television versions of Lewis Carroll’s “hare-y” tales (bet you didn’t know Meryl Streep channeled her inner child on Broadway once). So it was only fitting that I took in the Disney on Ice adaptation last night–goddaughter and Denver dancer Fancy Nancy in tow–at the Denver Coliseum. Unlike Carroll’s frantic rabbit, we weren’t even close to tardy.

Just as heads often deserve to be in the Red Queen’s mind, the rink rendering of Alice was truncated. The Wonderland scene wasn’t unique in its condensation, though. All of the films represented on this particular Treasure Trove tour were abbreviated significantly. The Incredibles, Lion King, Aladdin, Tangled, Snow White, Peter Pan, Little Mermaid and The Princess and the Frog were all packed into a 90-minute program utilizing scripts that could double as Cliff Notes. It’s a blessing and a curse. Certain characters don’t get a fair treatment, but there’s a greater chance your midget’s fave is in the mix (odds are your shorty knows his or her top toon verbatim anyways, am I right?). One could also make the case that the stories are really just vehicles to employ athletes. Let’s just say it’s a symbiotic relationship.

There was still plenty to enjoy—even for us big kids. Like how the announcer talked up The Incredibles’ bodies even though one was obviously in a muscle suit. Or how Jasmine’s Asian ethnicity didn’t exactly synch with the Middle Eastern setting. Including Captain Hook was a savvy move, considering Depp’s still legendary turn as Jack Sparrow (I certainly can’t resist “A Pirate’s Life”). The skater on all fours who pilots the warthog costume must be some chiropractor’s favorite patient (hopefully said chiro’s on payroll). And the blacklight-friendly take on Mermaid definitely delighted both ex-ravers and offspring alike. I’ve got one beef with Zombie Walt, though–why couldn’t a dwarf peck wake Snow White? Though I can’t say from personal experience, I’m positive little people are capable of big love.

You be the judge. Or just put a rugrat in a princess dress–even if said rugrat’s a little boy–and go.

P.S. Can an EDM fan with Photoshop skills please whip up a Bassnectar as Rapunzel meme?

Disney on Ice: Treasure Trove runs through Sunday, April 7 at the Denver Coliseum. For tickets, Ticketmaster.com