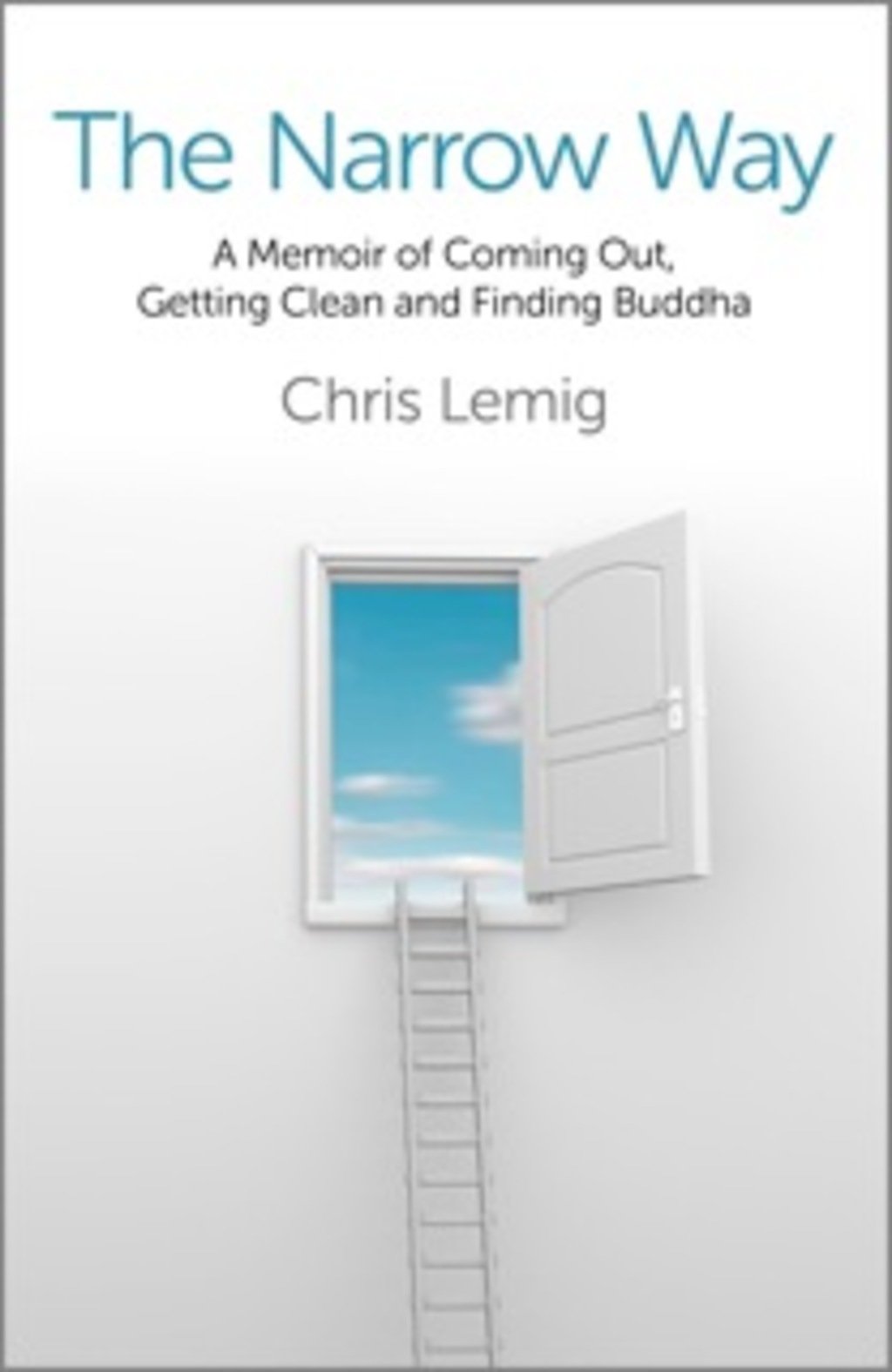 Read This: The Narrow Way by Chris Lemig

By the time he was 12, Chris Lemig knew he was gay. He knew it, but he wasn’t quite ready to accept it.

And so ensued over 20 years of silent suffering; of alcoholism, drug abuse, and suicidal tendencies. Repressing his own identity, he spiraled down into a crux of neglect and self-hatred. 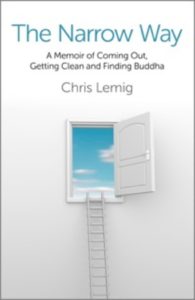 The Narrow Way by Chris Lemig.

Now 42, Lemig is doing better. His new book, The Narrow Way, recounts how he emerged from the depths of addiction, embraced his sexuality, and found solace in the spiritual enlightenment of Buddhism. It is his memoir of coming out, getting clean, and finding Buddha.

But things weren’t always so good for Lemig and he knows it was a long time coming.

As a teengager, he started drinking heavily. He continued his facade as an adult when he married his first wife, but after two years, the lie grew too big and his marriage self-destructed. His first divorce led to his first suicide attempt.

By the time he reached Colorado in 1999, Lemig had been through plenty of hospitals, therapy sessions, and half-assed attempts at recovery. None of it worked.

Now he was getting into harder drugs. Admist a haze of meth, speed, and cocaine, he tried to take his life again. He ran his car off the road, flipped it over, and still miraculously walked away. But even that didn’t wake him up.

Soon, he moved to Denver and remarried into a volatile and codependent relationship that only exacerbated his problems. The drinks, drugs, and deceit continued. He fell in and out of several phases of relapse and recovery.

It all finally accumulated on the day of a friend’s funeral. Having just come out to his wife and close friends, he became the victim of a hate crime at the hands of some mutual acquaintances. Visibly battered and bruised, he was forced to explain to his family.

“There’s no way I can keep this a secret anymore,” Lemig recalls, “Literally, it’s all over my face.”

He no longer has any bruises, but remnants of his troubled past still lurk in his face; just below the surface. The more he talks about it, the more it shows. His thin, pale face almost too fragile to hold back eyes sallowed by pain.

“I was 36 years old and I was feeling awful; physically awful, spiritually awful, psychologically awful. I felt like, ‘This is it. I mean, I can’t do this anymore. If I do this for another year — if I get into this again — I’m not going to make it another year.'”

His second divorce became final and that’s when he started the real road to recovery. He picked up a book on Buddhism and it just clicked.

It all suddenly made sense. He started attending meditation groups that supported him in his recovery and, before long, he left for India to pursue spiritual enlightenment.

Only after then did he sit down to write The Narrow Way. In it, he tells all. From the dark chapters of addiction to the glory of salvation, it’s a story of redemption that anyone can learn from.

“My story is a lot of people’s story,” says Lemig, “but it’s a story that demonstrates the power of living an authentic life.”

He just kicked off his book tour and will be appearing at several venues across the Front Range all this month and into May. He will be at the Tattered Cover Bookstore in LoDo for a live reading at 7 p.m. Currently, he plans to return to India within the year.