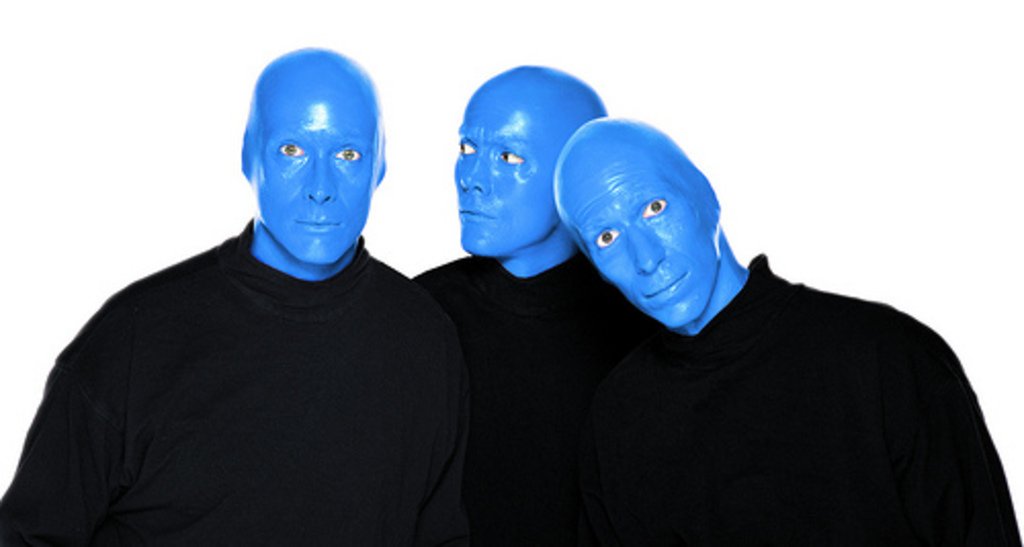 Highbrow/Lowbrow: Blue Man Group Still Ahead of the Culture Curve 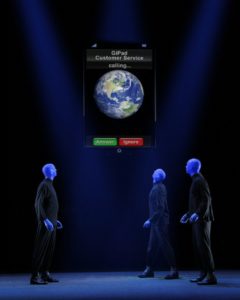 I saw the original Blue Man Group ten years ago in Las Vegas and enjoyed the show, despite my severe aversion to audience participation. How was I to know?  I was too teen cool at the time to appreciate the subtle social nuances that Blue Man Group exposes through their wild antics. I now realize how covertly the BMG uses imagery, LED lighting and sound to mock or editorialize conventional wisdom. It is up to the audience to decide. The evolved show, BMG 2.0 if you will, is a clever iteration that still wallops the current zeitgeist. The new show employs some of the same tricks, including audience participation. It is not a team building exercise. It is blaringly clear that the focus is on technology overload and the disconnectedness that goes with that, like peas and GMO carrots. For example, enter the BMG’s “GiPad” that drops from the sky looking just like the defining form factor of our generation, the thin glass rectangle of wi-fi.  The three blues matriculate around the stage wondering, probing, and trying to understand the GiPad. The audience is left to decide if the GiPad represents good or evil.  How can we know, because it is, after all, the same schadenfreude that created the blue man? Man examines this anomaly and finds it his him. 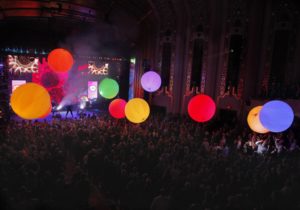 I couldn’t help but notice in my original exposure that the show ended in a grand trick with masses of paper overtaking the entire audience. The spectators worked together to rapidly pass the paper overhead, making sure the rest of the crowd did not drown in the paper tsunami. Was this a metaphor for rescue me from the one click solves everything world we were creating at that time?  There were no paper antics in this version, perhaps the blue man is going green. Instead, the closing act involved the use of giant balls unleashed on the audience. Instead of working together this time in a rescue mission, there was a strong tension of competition to grab the giant orbs and hurl them back. Is this another marker in our evolvement, much like the chimps in “2001: A Space Odyssey” where the progress of man was demonstrated with a club and aggression? BMG is not just about drumming paint and creating messes. The trickiness is strong in them.