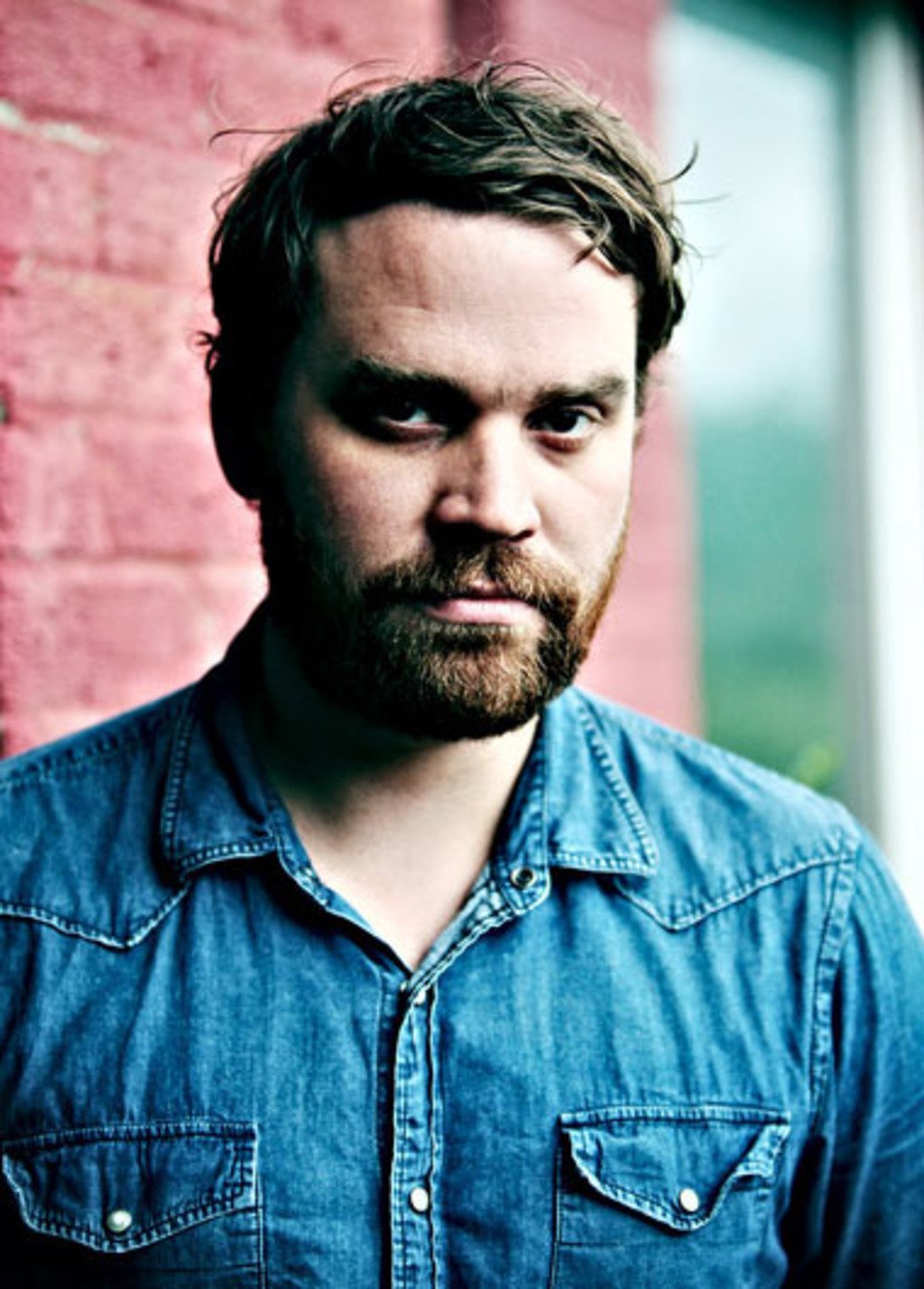 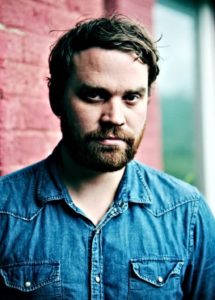 On Monday, March 18th, rousing Scottish indie rockers, Frightened Rabbit, will return to Denver (Gothic Theatre) with another round of emotionally charged, acoustic sounds. And frontman, Scott Hutchison, is amped.

Founded in Glasgow in 2004, Frightened Rabbit is the product of Scott Hutchison (guitarist) and his brother, Grant (percussionist). The moniker taken from Scott’s mother, who used the term to describe her son’s innate fear of social interaction. A name that equally captures the band’s nervous, but lively on stage persona.

Says Hutchison, “I’ve never had trouble in front of an audience and am quite comfortable addressing a room full of people. However, with regard to one on one conversations, I still find them quite difficult.”

This social juxtaposition didn’t keep Scott from singing, songwriting, and performing early on. After adding friend and second guitarist, Billy Kennedy, in 2006, the band recorded their first album, Sing the Greys.

With highlights that included “Be Less Rude,” “Behave!,” and “The Greys,” the album received enthusiastic reviews, led to distribution in both the U.K. and the United States, and provided a showcase for the band at the 2007 SXSW Music Conference in Austin, which kickstarted their widespread popularity.

In 2008, Frightened Rabbit expanded to include keyboard player, Andy Monaghan, while recording their second album: Midnight Organ Flight. And added a fifth member, Gordon Skene, before recording their third: The Winter of Mixed Drinks, which featured the popular hit, “Swim Until You Can’t See Land.”

Along the way, Hutchison continued to write from the heart. Lyrics that touched on personal relationship turmoil, escapism and rebirth, isolation, and bitterness through the bottom of a whiskey glass. See “The Modern Leper,” “Keep Yourself Warm,” and “Good Arms vs. Bad Arms.”

Says Hutchison, “The songs about my own experiences and my own life – I write them in order to put a frame around things and help me find my way.” 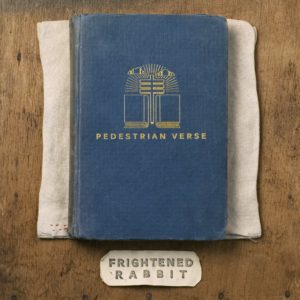 However, their latest album, Pedestrian Verse (February 2013), represents a departure of sorts. By far, their most complex and most accomplished to date, it’s a collaboration of all five members of the band, an exploration of minor keys, religious symbolism, big production values, and a brave new sound.

While many familiar themes remain, such as heartbreak and personal tragedy, the focus broadens to include mental illness, loss of faith, yearning for home, and a glimmer of optimism.

As a result of this newfound maturity, Frightened Rabbit appear to be working in harmony. No longer timid, Scott and his bandmates have found perfect balance.

Are you still shy?

Socially, my shyness is something that I continue to struggle with and have to force myself to overcome. Conversely, I never had stage fright. I’ve never had trouble in front of an audience and am quite comfortable addressing a room full of people as opposed to one on one conversations, which I still find quite difficult. They’re two really weird, contrasting sides. But the Frightened Rabbit side, i.e. the fear of interactions, still exists today.

Where did your love for music come from?

Well, it went through stages. In my teens, I was obsessed with the guitar and never saw myself as a songwriter; only as a guitar player. So, I was in love with bands like Led Zeppelin, Pearl Jam, Soundgarden, Nirvana – all that pissed off at the world, testosterone shit.

Then, when I moved to Glasgow, I started writing songs because of bands like The Delgados, Mogwai, and Belle and Sebastian. And artists like Ryan Adams, Laura Cantrell, and Wilco. All of that stuff fell into a more delicate, poetic, and more romantic way of working. So, there were definitely stages and the latter influences were really what helped jumpstart my songwriting and led to the beginning of Frightened Rabbit.

Pedestrian Verse is much more collaborative than ever before. What’s the real meaning of the title and how does it differ from your previous albums? 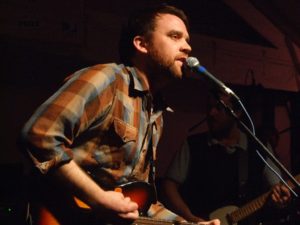 The title was actually the working title throughout the entire project. I didn’t consider anything else. I wrote it in my notebook on day one as soon as I had written “State Hospital.” And the words resonated and seemed to make sense. In a way, it was like a challenge to myself. If you call your album Pedestrian Verse, then you best not write anything too pedestrian within it. So, I was trying to be a better lyricist. And only time will tell. Other people will have to decide whether or not I succeeded.

I was also trying to widen my scope and write with other people in mind. I was trying to take the focus away from me a little bit. I had basically written three records about my own experiences and that started to feel very selfish. That’s why I wanted to widen it out and look at pedestrians and other people.

And that’s the way it differs. It’s not all about me. Musically, it’s not about me either. It’s a collaboration with the other guys in the band. It’s a much more diverse album. It’s not the product of one head of ideas. It’s the product of five heads of ideas. And as a result, it’s much more interesting.

Many of your songs are rooted in deep emotional heartache and pain over the end of relationships. And one of the most powerful and personal songs on Pedestrian Verse is “Nitrous Gas.” Is there a catharsis or sense of relief in writing, recording, and performing songs like this?

In a way, it helps me make sense of things. I don’t know whether that’s cathartic. But the songs about my own experiences and my own life – I write them in order to put a frame around things and help me find my way. It makes that part of my life, which felt really messy at the time, feel quite neat and tied up. And that’s what I like about songs.  I don’t know whether to call that catharsis or not, but it’s definitely a process or a filing system for slices of my life.

Is it painful to revisit those memories?

No, it’s actually quite nice. I play them night after night and that helps to dull the original emotion a lot. Also, I’ve become quite aware that a lot of people have attached their own lives and experiences to these songs. So, when I’m out playing, it’s not really about me anymore. I’ve become somewhat of a spokesperson for other people’s problems. Or, however they’ve come to invest in the music.

It’s not difficult to revisit them. On the contrary, it’s a joyful thing to play them.

What can you tell me about the origin and background of ‘The Modern Leper?’

I don’t really express particularly complex emotions. But what I try to do is express things that have been said over and over again in a different way. The song is calling to mind heartache or failure within a relationship. And that one is really about the classic scenario of someone returning to you again and again even though they continue to fuck up. The whole idea: ‘Why are you coming back to me? I’m not well and I’m not sure how I feel about you.’

The Winter of Mixed Drinks really opened the door for the band in the U.S. When writing, how important is your audience and how important is it to have catchy hooks or commercial songs to reach a larger audience?

It’s important to me, personally. I love hooks. I love choruses. That’s what gets me going in other people’s music as well. Of course, subconsciously, you’re aware of an audience. You have to be. You can’t write in a vacuum. You can’t write without anyone else in mind.

But I think I just try to satisfy myself and the band. We all try to satisfy ourselves, i.e. what gives us pleasure. So, I love catchy hooks and songs. That’s all for me. It’s not really contrived to build an audience as such.

Apart from heartache, there’s a unifying water them running through Winter of Mixed Drinks. And in Pedestrian Verse, there’s some religious symbolism. How important is it to have a theme in bringing an album together? Is it premeditated or does it happen more organically?

Occasionally, we’ll set out with a challenge. Or we’ll find something that’s bigger than one song that needs attention. For me, in Winter of Mixed Drinks, there’s a sense of redemptive freedom that was really important. In Pedestrian Verse, the context from the very beginning was suburbia, other people’s homes, or a dwelling place. Those are wide themes.

I would never intentionally write to the detriment of a song just to fit a theme. However, I do feel it’s important to have something that ties everything together. Something that becomes apparent at the end of a record, where you can sit back and see what that thread is.

I remember going through the border patrol in New Mexico. And with a band, you fully expect that you’re going to have everything stripped down. They’re going to assume you’re going to have drugs and all kinds of stuff. So, we were all prepared for this. We rolled down our window and the patrolman asked: “Are you guys a band?” And we said, “Yeah, we’re a band.”

Meanwhile, we’re all set to jump off the bus and have them search us for hours. And the patrolman asked: “You don’t play none of that Coldplay shit, do ya?” We said no. And he goes, “Alright then, move along.”

And we were like, “that’s it?” All we have to do is say we don’t sound like Coldplay and we’ll get through the border patrol (laughs)? It was amazing.

Red Rocks is one of Colorado’s best venues, possibly one of the best in the world. What do you remember about opening for Death Cab for Cutie at Red Rocks? 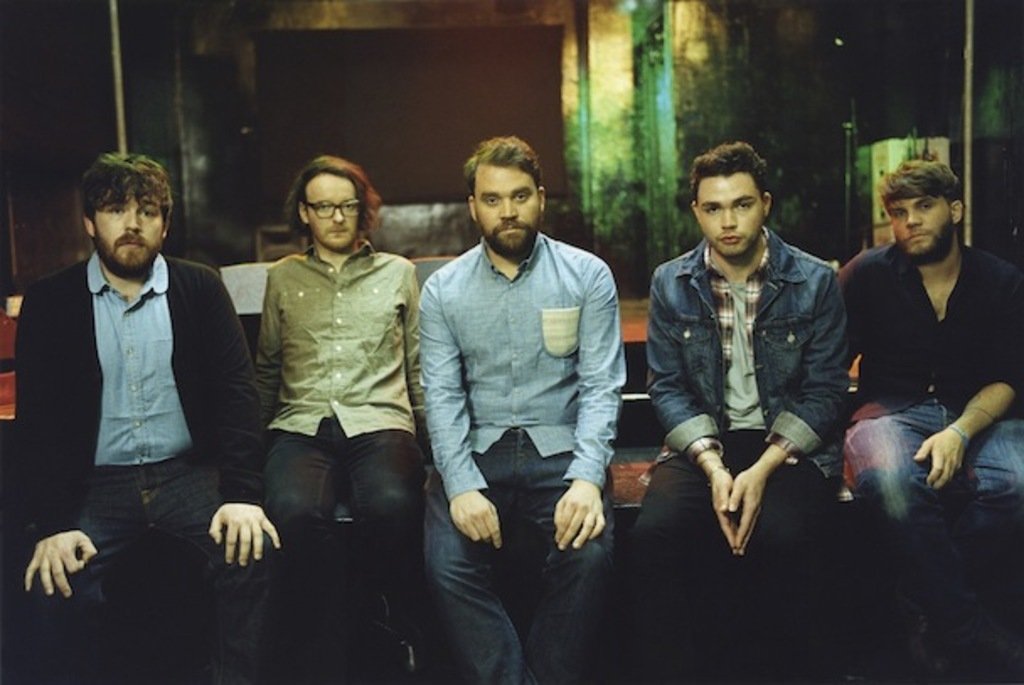 It was the largest audience we’ve probably ever played for and it was incredible. The spectacle of the place is so overwhelming, especially for a band like us to have the privilege to play there.

The other thing I remember clearly is that the altitude was really tough to deal with, especially when you’re singing. I remember feeling like I was going to keel over several times during that show. But it was such an amazing experience and we were very lucky to have had the chance to play there. We loved it.

On March 18th, you’ll be back in Colorado, playing at the Gothic. A smaller, more intimate venue. What are your thoughts on the upcoming show?

We’re going to play a lot of the new record of course. We’re really proud of it and we want to play as much of that as we can. But there’s also going to be a bunch of the older stuff for the energy and sweat. It’ll be fun.

There’s always a great atmosphere in Denver. And personally, I really like playing in places that are kind of like drinking towns. Denver feels like that to me. We get a kick out of the audiences there and are really looking forward to it!

Mark Sells is a nationally recognized film/entertainment journalist for MovieMaker and Script Magazines and Critic-at-Large for 100.3 FM The Sound (Los Angeles). In addition to his blog on 303, you can follow The Reel Deal on YouTube, Twitter, and Facebook for the latest entertainment news, reviews, and interviews.