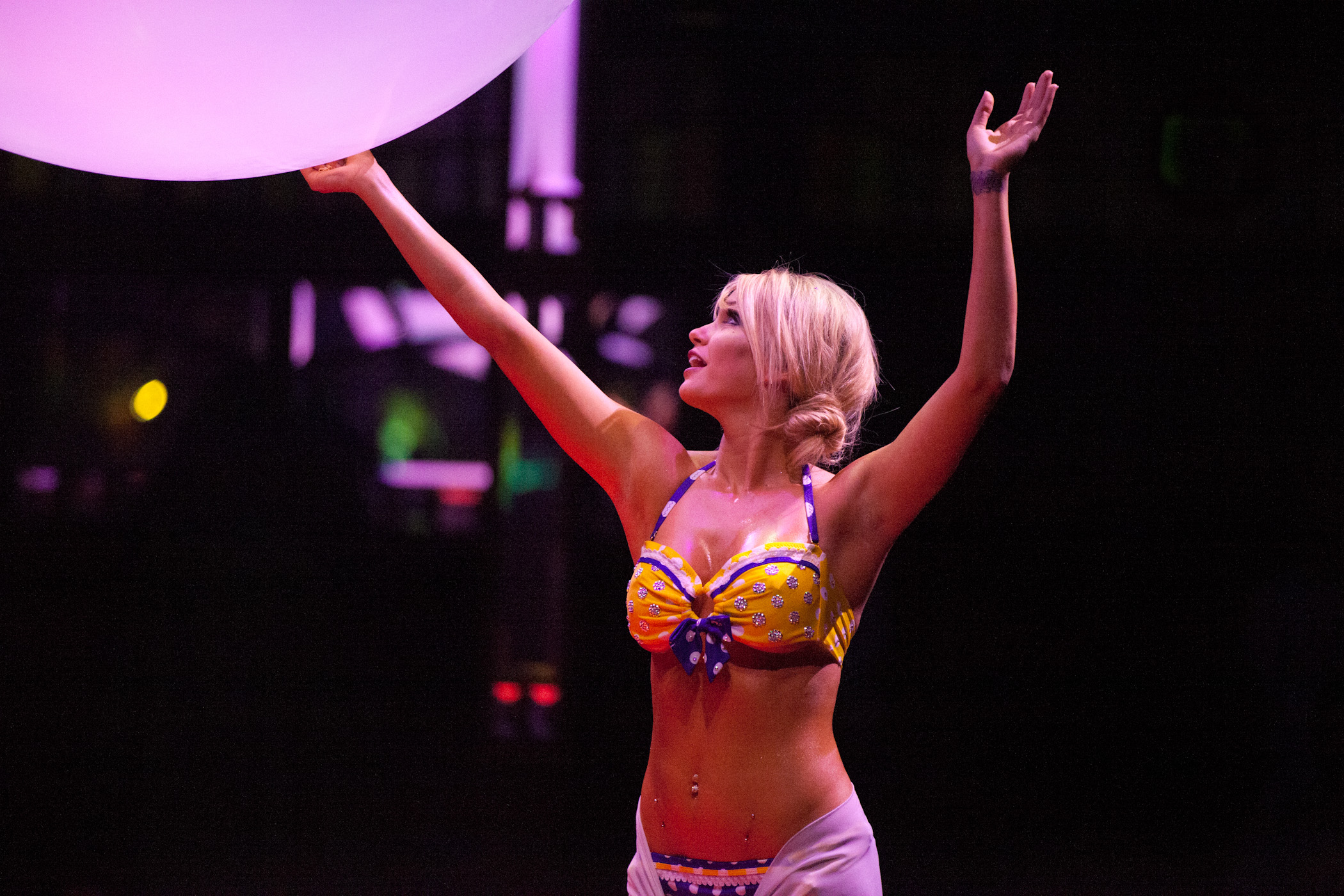 When it comes to luring traveling entertainment seekers, Vegas has a lot of tricks up its sleeve. Pipes, skin, acrobatics and laughs are some of the most prominent. Absinthe might unite these ingredients better than ever before. Christened after a green, arguably hallucinogenic alcoholic beverage and housed in a white sideshow tent pitched at Caesar’s Palace, the Spiegelworld brew brings together a truly international cast via a foul-mouthed ringmaster—the Gazillionaire—and his equally vulgar sidekick Penny. It’s the perfect Sin City recipe. Puritans should steer clear. Everyone else should steer near. 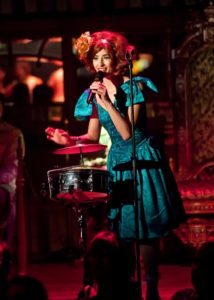 Stepping into the structure where Absinthe goes down is like stepping into an alternate, steampunk-themed universe. Whoever was in charge of décor must’ve raided an antique store or forty. Mirrors, croquet mallets, candleabras, a cheese grader, a windmill, a piano and the like line the interior circumference. Scantily-clad showgirls roost nonchalantly on trapezes as ushers direct guests to their seats, some of which are mere feet away from the in the round stage where much of the action transpires. I wouldn’t be surprised if performers occasionally perspired on the front row.

Absinthe lives up to its moniker within the first few minutes. While seated at a small table, a man in a white suit opens the show by fixing its namesake elixir (for the uninitiated, the preparation ritual is unique). It’s as if he’s readying the audience to have its reality warped. He then proceeds to balance chair upon wooden chair into a crane-compelling tower, topping it off with a one-handed pose of his own. That the chairs appear to be made of lumber leftover from Noah’s ark makes the feat all the more climactic. I found myself hoping that the pre-ascension swig he’d ingested was food coloring and water instead of the potent poison it resembled.

What follows is an intoxicating journey filled with thrills of all kinds. Sultry songbird Melody Sweets personifies the emerald booze’s Green Faerie pseudonym in wings and lingerie. The above mentioned host could be Sacha Baron Cohen’s doppelganger; he will bang your funny bone repeatedly (and without mercy). Penny challenges bladder control with her sock puppet-assisted rants about Cookie Monster, black penis unicorns and Lady and the Tramp. Pulses will quicken when a Spidey kiss is facilitated by aerial straps. The fleshiest act sees a girl penetrate a giant bubble and tap dance (chuckles rippled through the crowd when a possibly turned on spectator dropped their iPhone while filming). Rollerskating has never been so dangerous. The tightrope keg stand that closes Absinthe exemplifies what the show does best: death-defying acrobatics infused with raunchy comedy.