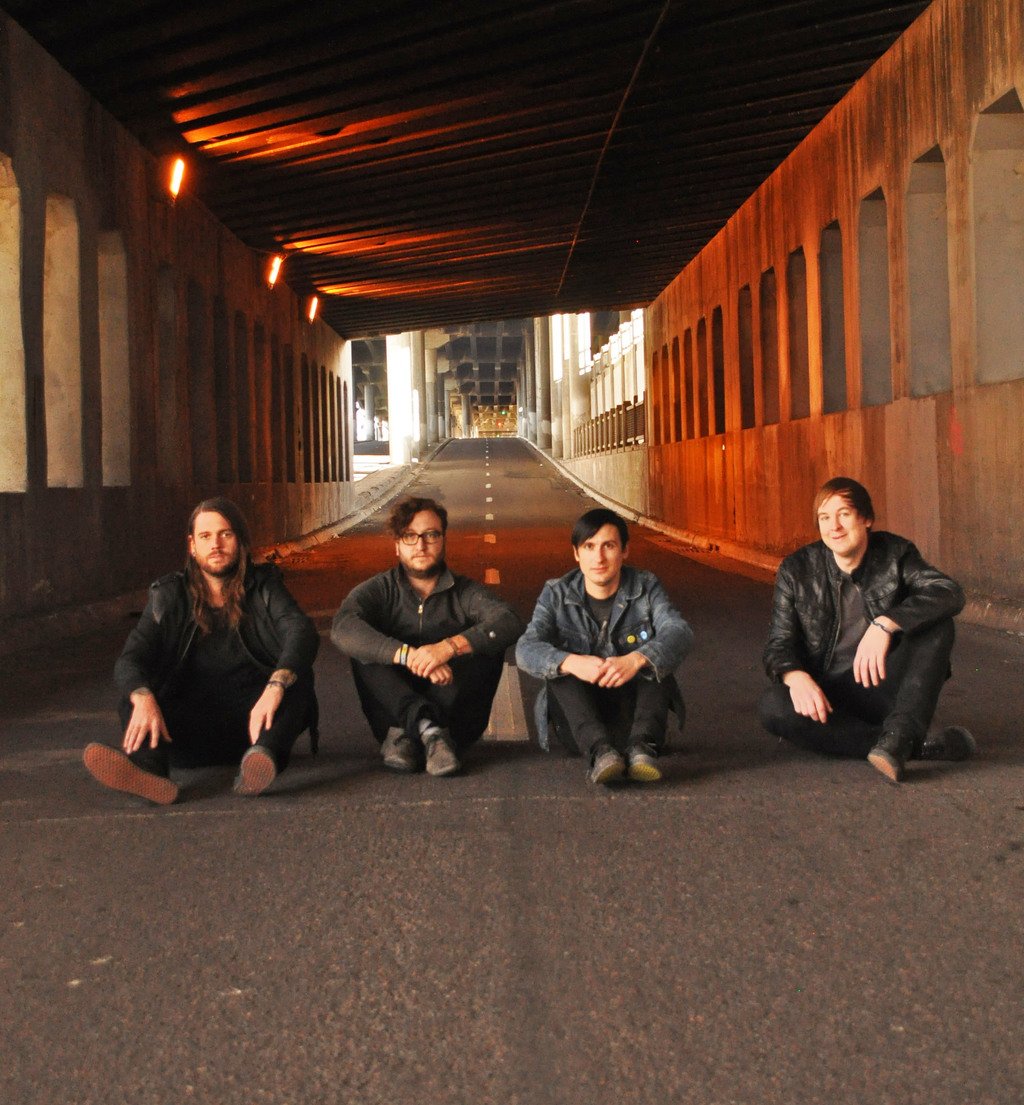 No reservation needed at a Photo Atlas concert. You can be as wild as you want to be.

Like good wine, some bands just get better and better with time. Take The Photo Atlas, for example. Alan, Bill, and Mark started out as Atlas in 2004, but after a name change and the addition of drummer Josh, their newest release, come February 12, is the product of chemistry only time could create.

I recently sat down with a few of the boys for a quick chat about that upcoming album, its release show on February 8, and how songwriting is like baking a cake…a bacon cake that is.

303 Magazine: How is Stuck in a Honeytrap something different than you’ve released before?

Alan: The number one difference is Josh. Josh is a real firecracker, if you haven’t noticed. He brought a lot of creative ideas to the table. I think song-wise, as songwriters you progress and you get influenced by different things, different music, different bands coming out. It’s just as fast, but more rockin’ [than our previous releases].

A: We usually just get together and try to freestyle things out for a while. Usually I’ll mess around with the guitar and something will eventually catch your ear and we’ll be like cool, let’s work on this together. And then we’ll work on the instrumentation. And then after we get the music done, I’ll throw some lyrics over it.

Bill: It’s like baking a good cake, you know? You start out with a good base, good broth, and then you start adding ingredients.

A: What kind of cake?

B: I went from cake to soup there. It’s more like a good soup is what I’m trying to say.

A: I thought you said bacon cake at first. I was like, “bacon cake? That’s crazy.”

B: It’s like baking a good bacon cake. It starts with a couple layers of bacon, some cake, more bacon, and then some bacon-flavored syrup.

B: Angel food, I think we all agree.

A: We’re all a bunch of sweet little angels.

A: With devils on our shoulders, of course.

303: If someone were to read about The Photo Atlas before listening to it, how would you describe your music to them?

A: I would definitely say we’re a party band. We’re loud and fast and have some good rhythms to dance to. Expect a good party and expect to…

A: Yeah, expect to dance around and toss back a couple of beverages.

J: …get a little sweaty.

A: …have some good times with your friends. No reservation needed at a Photo Atlas concert. You can be as wild as you want to be. 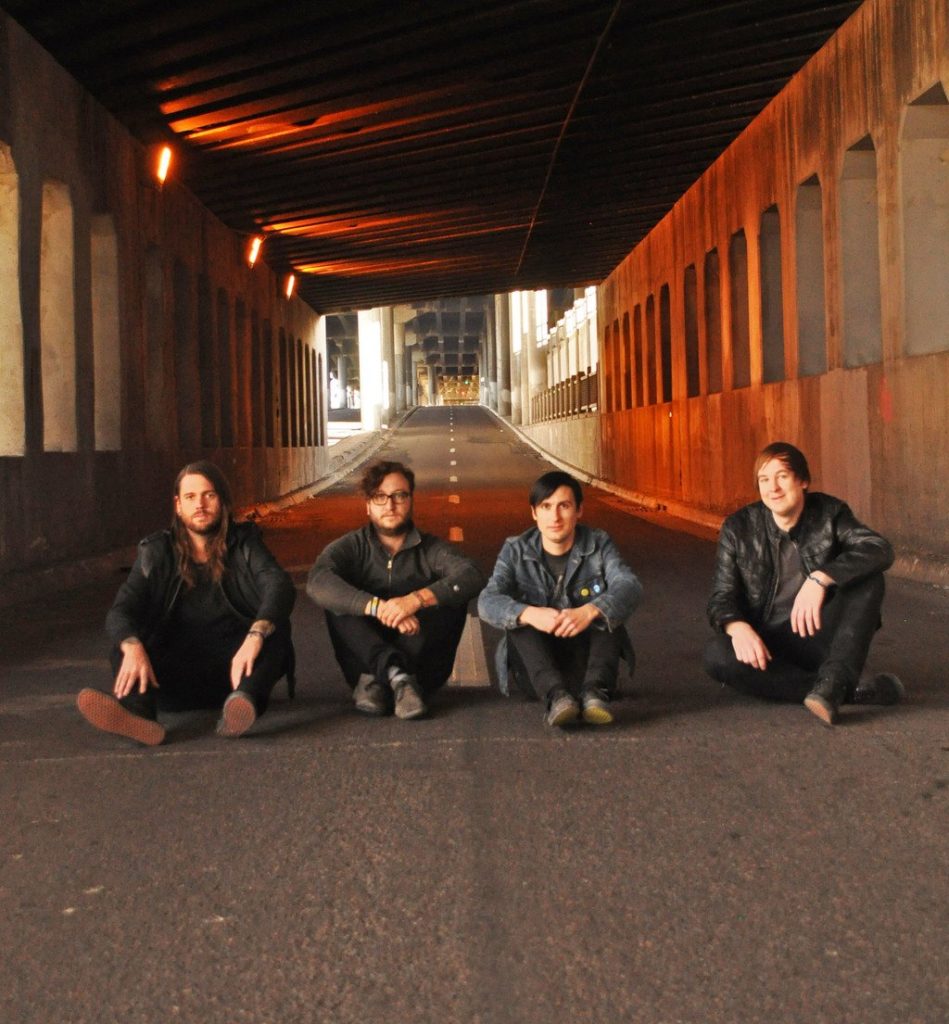 A: Mostly stories. Either I’m telling a story about something that happened to me or something that I heard happen to somebody else. I just kind of try to put a tale together. But usually there’s no end to the story. It could be a sexy story, could be about racin’ cars.

B: Most of [the songs] are about heists or babes.

303: You’ll be releasing a video for “Memory Like a Sinking Ship” very soon (hint, hint). What is this song about?

A: That was one of the last ones we wrote. That’s actually a song about I dream I had. It’s a dream that I had about driving and being in the backseat of the car without a driver. The car was racing around and driving crazy. At first I was really worried about stopping the automobile, and then at some point I just decided to go with it and have fun with it. I was like, if we stop, if we crash, who cares. Let’s just have a good time.

303: The video was shot by Maitland Lottimer who also shot Dirty Few’s video for “You Want Me.” Who came up with the concept?

B: It was an idea that continued to evolve into the thing that it is.

A: That couldn’t have been more general.

B: You know, it all came from the cup that we did with Illegal Pete’s with the bear on it and we were just kind of talking about that.

A: …which became the album artwork. It had a bear on it, so we decided to incorporate this bear into the video.

A: We’ve always had a really liked to associate with animals with a lot of things that we’ve done.

A: A lot of it was shot at Mount Falcon. That’s where the woodsy scenes were shot. Then we also shot a bunch of stuff at Illegal Pete’s, Lost Lake, then we used some alleyways behind both of those spots, and then some of it we shot at Bill’s house. And all the live band shots is on the roof at our house. We hauled all of our gear up on the roof.

A: We loaded everything up there, recorded, and were out of there in like an hour and a half. And we hit the perfect hour. If we would have waited one more hour it probably wouldn’t have happened. It would have been nighttime and it would have been freezing cold. That’s just part of all the perfect timing we have going on.

303: How long did it take to shoot the whole video?

A: They’re all our friends; they’re all awesome actors and actresses – it’s pretty amazing. You don’t realize what kind of talented people you’ve got. Denver’s not really known as a crazy, big acting town, but we got a star-studded cast.

A: Yes. The Hi-Dive is kind of where it all started with us. That’s where we got our start before we started putting out our albums or touring or any of that. 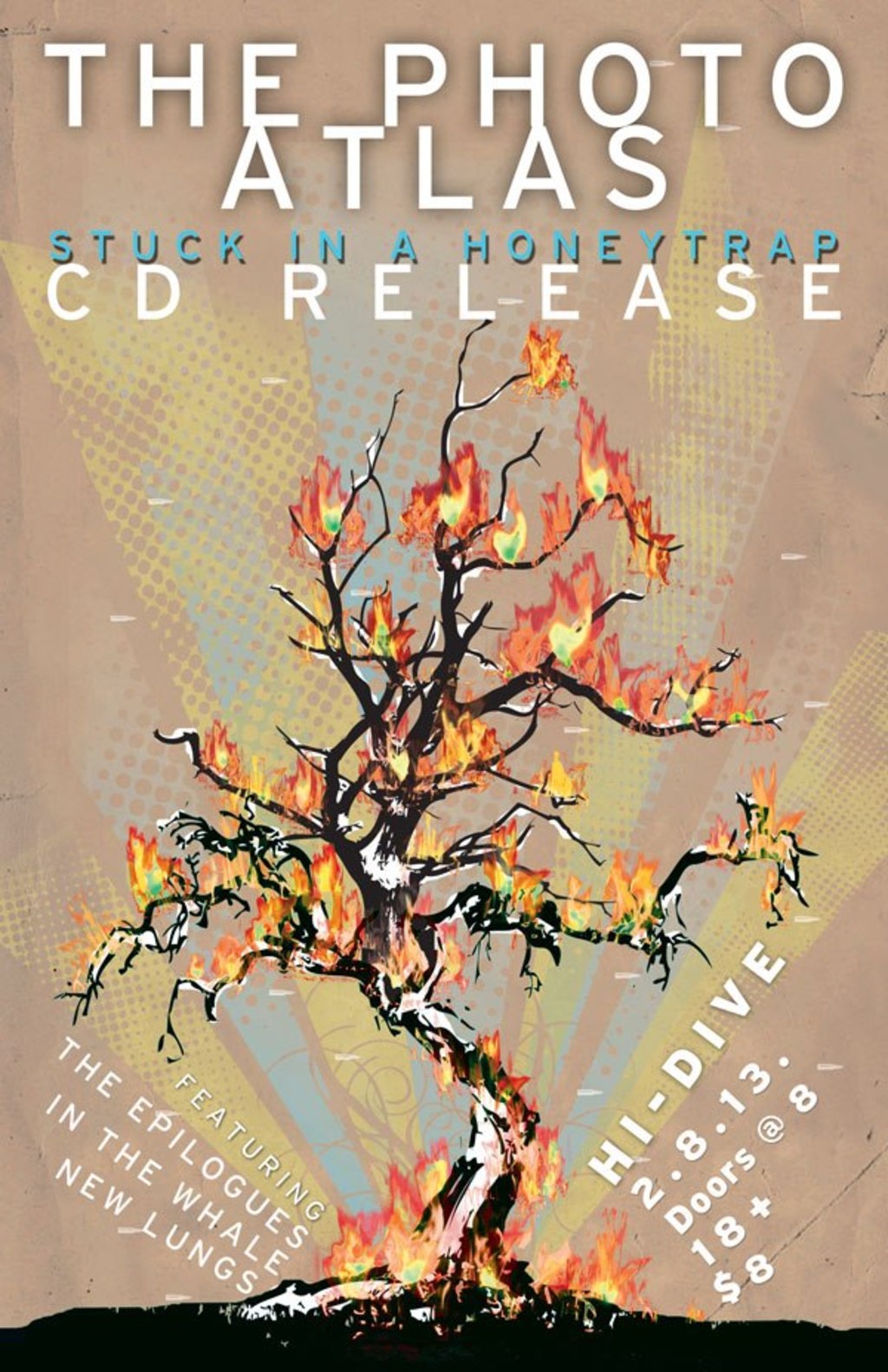 B: We always go as part of a tour too, we never go just there. It’s nice to participate, do a showcase and enjoy yourself a little bit.

303: What has been your favorite city to play in?

B: Omaha or Chicago. Or L.A. They have good venues and people take care of you – good friends, good support.

J: Chicago or New York. Although the West Coast is always fun too.

A: I always like playing in Austin. I think Texas has a good state of mind for rock ‘n roll, and the people get wild in Austin. Or New York. Although both those places I like to get in, play a show, and get out of there.

303: So what’s your favorite venue in Denver that you’ve played at so far and where do you want to play next?

B: Red Rocks and Red Rocks. We played in the back during Monolith [Festival]. Not on the main stage, but on that upper stage. And that was awesome, but it would be nice to play down on the big stage.

A: We gotta do it before we die. But my favorite place that I’ve played at is Irving Plaza in New York. I just remember having a really good time.

303: Other than February, do you have any other plans for shows in Denver?

A: We’re playing the 8th and then we’re rolling. We’re going to try to spread the good word around the country.

Stuck in a Honeytrap will be available online for purchase starting February 12, but be sure to check out The Photo Atlas and their friends The Epilogues, In the Whale, and New Lungs this Friday night at the Hi-Dive.