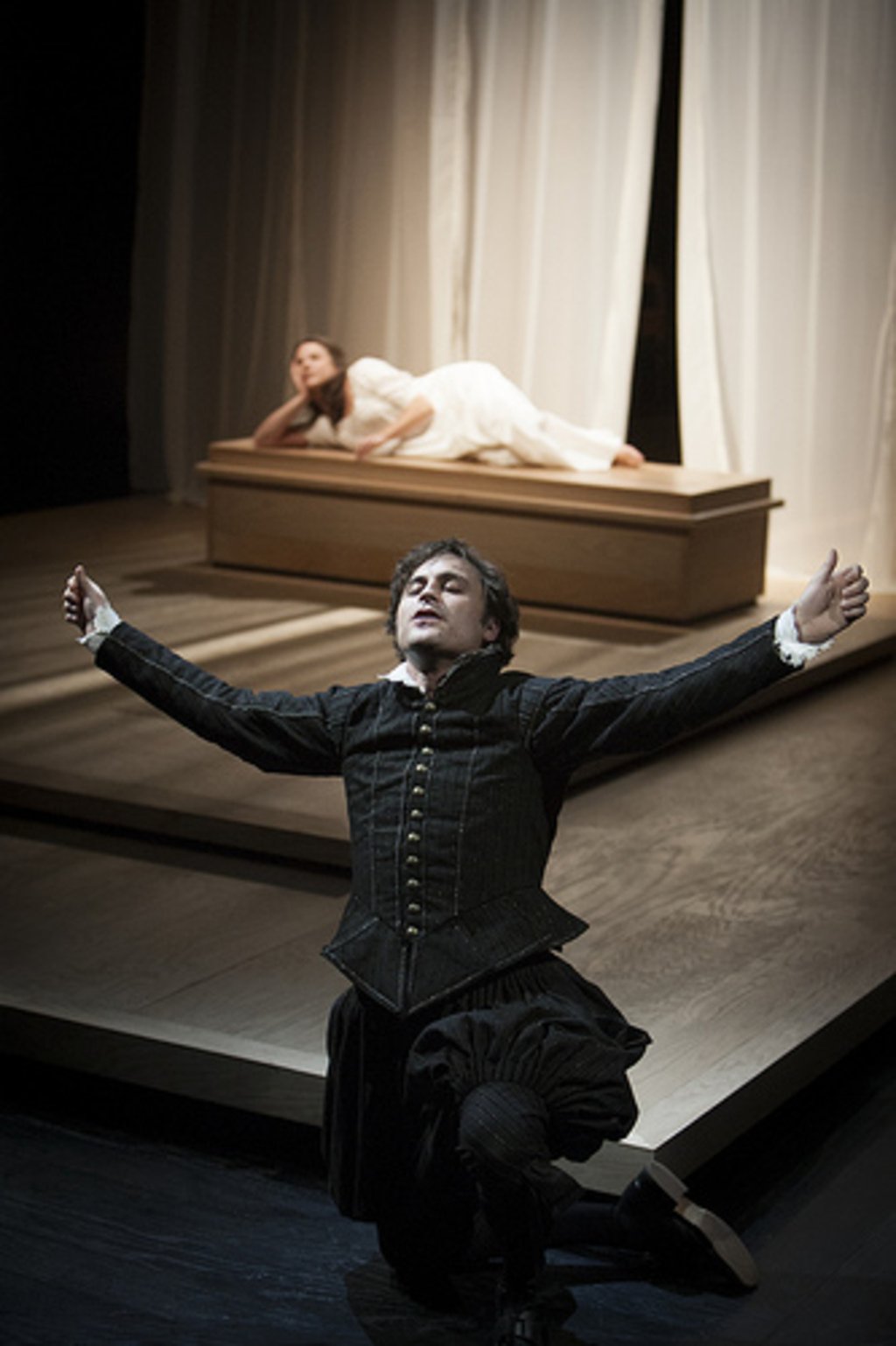 We’ve all heard/seen/read the tale as old as time. And, like some tales go, this one never seems to get old. So, Denver Center Theatre Company has graced its audience with it again: Romeo & Juliet, playing The Stage Theater January 25-February 24, 2013. And see it again you most definitely should. This representation, modern (and much more humorous than I remember it!) adds a simplistic theme to the set, really focusing in on the acting, the relationship dynamics between the characters, and the plot playing out right in front of the audience (and I mean right in front – The Stage Theater has a very intimate feel for its rather grandiose size).

Yes, Romeo and Juliet still tragically die at too young of an age, but watching Romeo & Juliet is, in some ways, like watching Titanic: until the very last moment, you think maybe, just maybe, someone managed to warn Romeo in time that Juliet was merely asleep, and he held out just a bit longer to see her awaken. But, although the interpretation may be modern, the story is still set in the 1600s in Verona, where cell phones were not yet on the market, and telegraphs didn’t always arrive. So, the story remains true to its roots, played out beautifully, without any special effects and fluff that sometimes gets used to mask inconsistencies. The only time the simplicity of the set may have caused a drawback to the play is during the famous balcony scene. Without an actual balcony, the scene loses its authenticity momentarily, but picks up momentum right back once the couple decides to wed and parts for the night.

The superb acting truly makes this a must-see: Juliet, played by Lenne Klingaman, is a pure joy on stage, and Mercutio (J. Todd Adams) adds so much laughter to his scenes that you almost forget about the tragedy looming ahead.

Catch Romeo & Juliet, playing now, by getting tickets at: Denvercenter.org