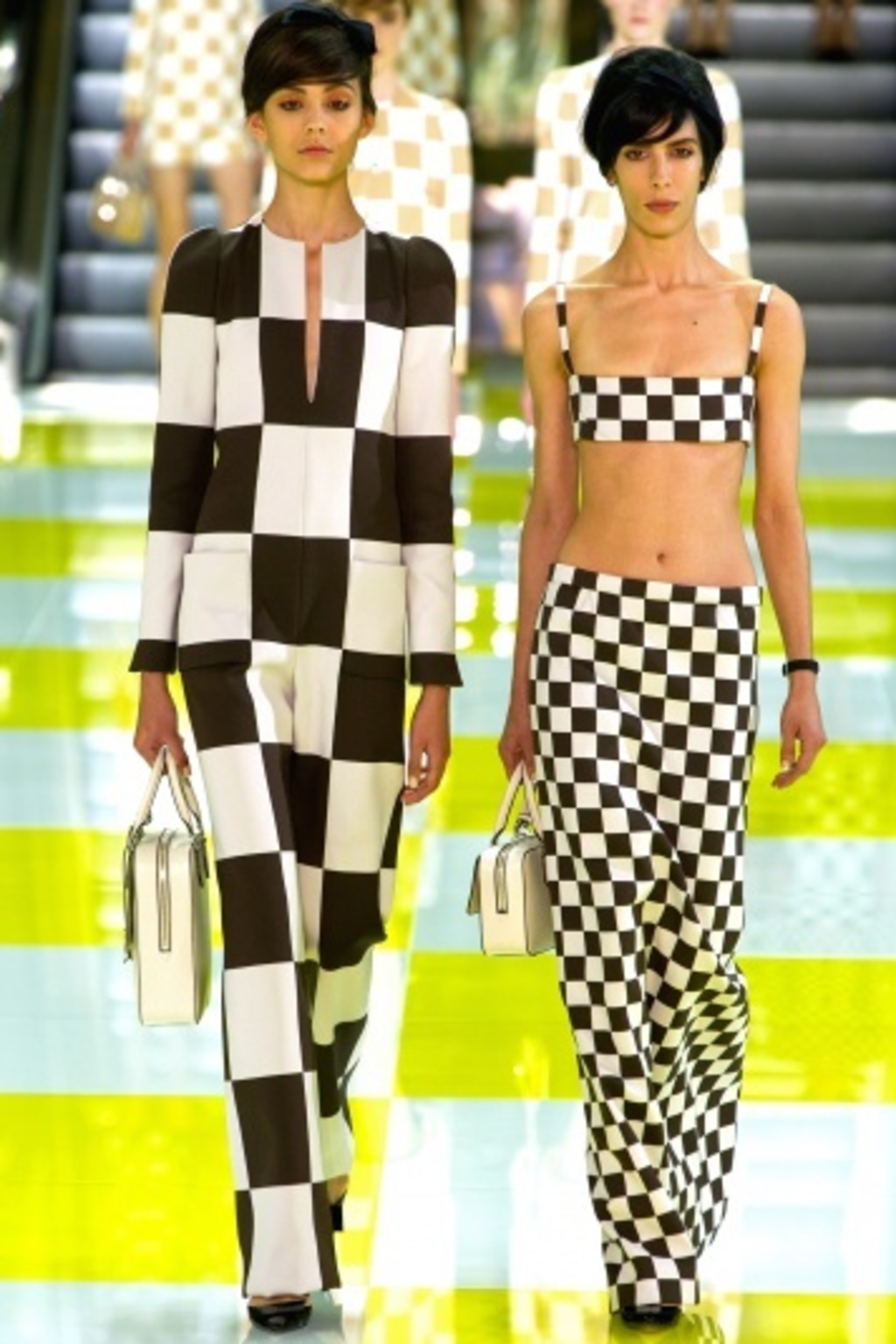 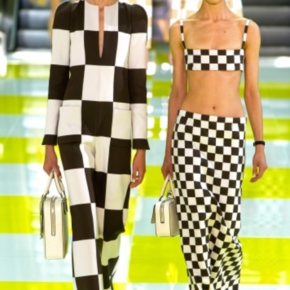 Being square will no longer be an insult. Just like that expression is from generations past, so is the geometric heavy style that is hitting runways all over the world. Not only does this style showcase geometric patterns, but it is also completed by a far more “square” or structured cut to the pieces—and we’re diggin’ it.

As a firm adversary to most all-over patterns, even I have fallen for this retro, geometric style. Made famous in the late 50’s and mid 60’s, this style originated as part of the counter-culture movement that challenged classic fashions, roles and ideas that had endured through 40’s and early 50’s. This was more than the hip style—it spoke for a generation protesting their predecessors. Naturally though, designers are putting a modern twist on this “mod” look.

While these geometric matters tend to dominate the clothing, it is not overpowering like other patterns can be. Floral patterns can get too busy, excessive polka dots can become distracting and well, you get the point. Because larger shapes dominate this geometric style, the look remains far more structured. Particularly when the cut of the article is done well. 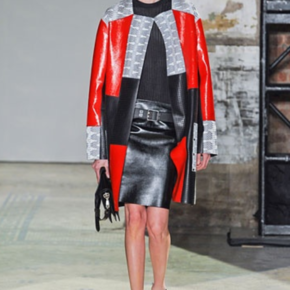 The structured cut with a geometric pattern creates a retro yet oddly modern appeal.

The key to mastering the style goes beyond the pattern and the structure—color is very important. To keep this style from becoming overwhelming, choose a limited number of colors that maintain an air of neutrality. Recently, top designers have been sporting this look with color pairings like black and white, brown and white, and grey and black. Louis Vuitton’s use of yellow and white, as well as green and white, pairings were far more of  “runway” looks rather than street style. Although, if done correctly anything is possible.

If you really want to have fun with this style, try accenting it with an additional color or a varying fabric. Starting with a basic, like black and white, adding a pop of color is very simple. Or by adding a fabric like leather you can really add a modern sheen to this old-school style. Marc Jacobs stepped the look up with sequins instead of a traditional fabric and mixed a wide striped top with a modern-herringbone/giant-x skirt. 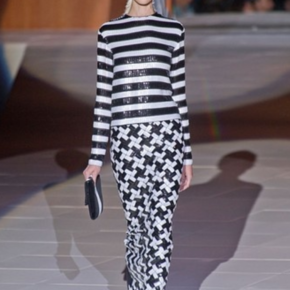 Turning this fashion from a “runway” look into a street style requires far less effort than many other styles. Because the basis for this style is rather simple and structured, all you have to do is maintain those elements, but also add a little bit of everyday wear-ability to the look. So instead of pairing a large-checked maxi skirt with a large-checked mini tank, à la Louis Vuitton, add a simple white tank or blouse and the look will be complete. And you won’t look like you were trying to hard.

Have confidence rocking this style heading into Spring and Summer. Fashion Weeks across the world should be affirmation enough that this style is on the verge of becoming mainstream once more. But remember, designers do use runway shows as a way to showcase their new collection, but they also use it as a way to showcase the raw and fundamental ideas that went into the collection. Point being—adapt! Have fun and make it your own. After all this style was born from resistance to a cultural norm, so to wear with pride, you ought to have a little edge in your soul.