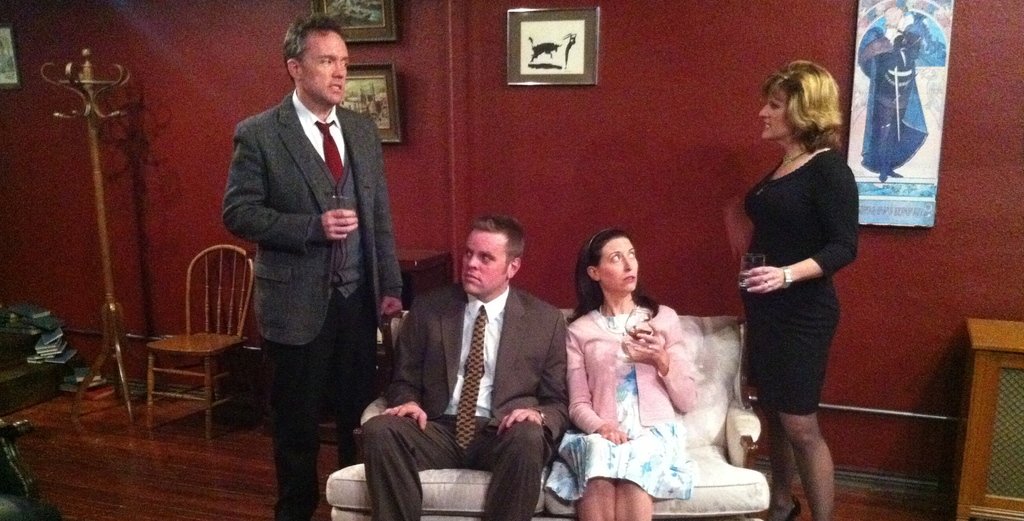 Don’t Be Afraid of this “Virginia Woolf”…

Watching “Who’s Afraid of Virginia Woolf?” in the intimate Spark Theater, one word comes immediately mind, “marathon.”  The beastly show is three acts with two intermissions and nearly three hours long. If you can’t fulfill dramatic gold in that time frame, one might worry that you simply don’t have the chops. But thanks to the talents of director Bernie Cardell and four supreme actors, this heady content of a play is selling very well and with good reason.

If you find yourself familiar with the title, but maybe not so familiar with this particular Edward Albee production, you probably aren’t alone. In short, “Woolf” follows the story of an older married couple, George (Todd Black) and Martha (Suzanne Nepi), that invites a younger husband (Nate Axtell) and wife (Julie K. Butters) over for drinks. As the libations flow freely, it becomes clear that by the end of this show someone is getting laid because this night is an extreme mind fuck with the cruelest of intentions.

In most productions, we find that Martha takes charge and rules the house with a psychotic and domineering presence, leaving a cowering George to suffer the blows from her verbal dominance. With this production we George, played by Black, taking control and steering this ship with well time and executed delivery, never-ceasing to throw Martha for a loop of her own.

Nepi’s Martha, has both the bite and the vulnerability to play this exhausting role. The woman is virtually fearless and manages to leave it all on the stage. She’s up, she’s down and by the end of show you have no clue where the hell she is, but what you do know is that you were just given a show. 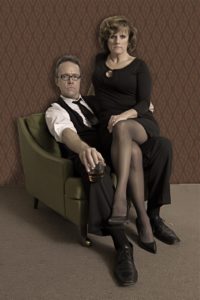 The piece isn’t without its flaws–despite some of them being entirely out of their control–there is something about the design of this space and theatre that doesn’t always allow you to engage completely in the piece. With the sound of passing car horns and a lack of comfortable seating, makes watching something of this length and depth difficult at times.

Another very minuscule problem was with the costumes. Sure, the actors were able to walk on stage wearing clothes but the clothes did nothing to enhance the show. With a time frame as beautiful as the 60’s to work with, there could have been something more to them, maybe a little more creatively. These were simply drab pieces of clothing that both fit the actors and were appropriate for the time frame. Nothing more.

Spark Theater does a great job of “reinventing” their space from show to show. Maybe on the next round, after a sold out show such as this, they can find the time to “reinvent” some softer chairs. A receptive audience deserves chairs that are more accepting of the derriere.