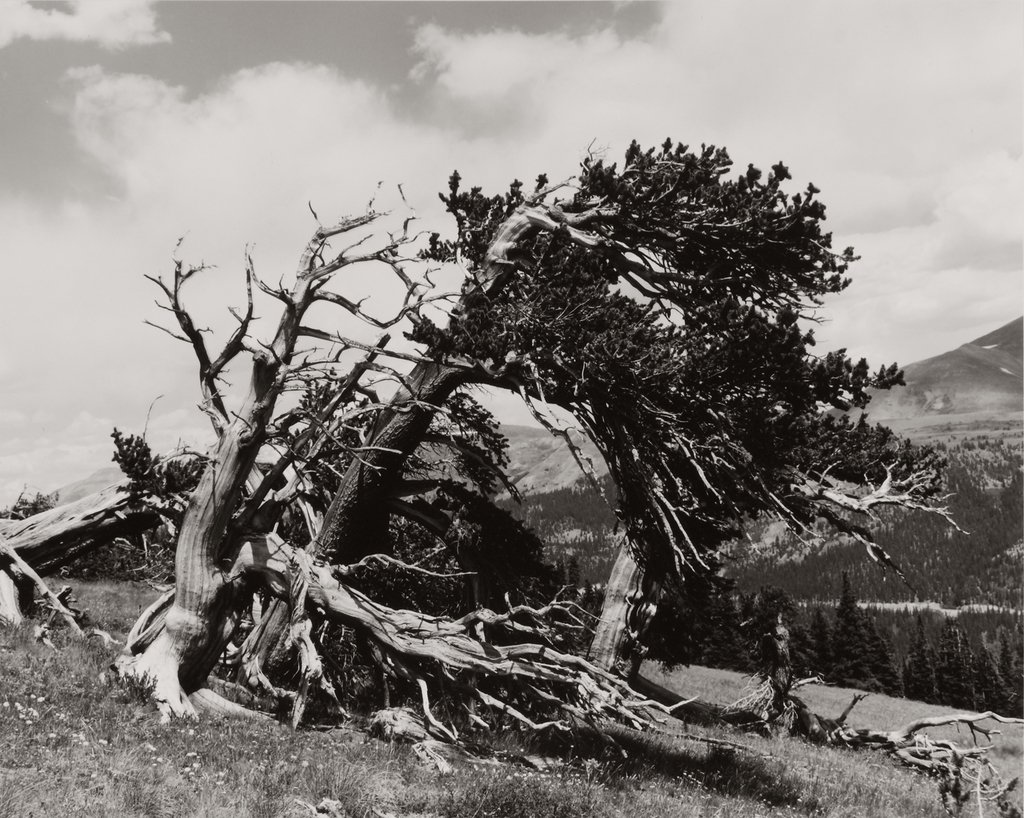 Together Marcia Ward and Edwin Forrest Ward have inspired each other to explore their creativity, to not be bound by the obvious in arts and to break down the barriers that are set in place by the “gatekeepers of the established art world”. They are a dynamic duo that effortlessly flow through life, and to know them means you are delightfully infected and inspired by their peaceful and creative nature.

Earth is the only paradise we get

the only place our human spirituality has to manifest itself.

We work to create art

as signs of having been –

tokens of thanks for our chance

at life and love.”

Photography marks a place in time that is forever captured by the lens and process of developing the image. Edmund Teske and Jerry Uelsmann influenced Marcia Ward’s style of work, “Both artist’s photographs incorporate multiple exposures that present a world other than reality. This is something that I enjoy doing with my photography work” explains Marcia.

Marcia’s fine art photography is mystical, magical and takes the viewer to a faraway land, real or imagined where light and shadow are transformed. “Marcia’s work is more organic, she doesn’t mask the images. She makes things other worldly. Most of the time when you look at her work you don’t even know that it is multiple exposures” states Edwin and continues “With Marcia’s work it is made of real things, but she is trying to capture the spiritual world or hint at the spiritual world or just that there are other things going on in our reality then we can see”.

It was a trip to New York City in the winter of 1977 with Ed that inspired Marcia. “It was my first visit to New York. I had my first 35mm camera in tow loaded with Black and White film. I really liked the images I captured and I’ve been photographing ever since”. Because of her eye to detail, Marcia’s commercial work also has a flare of artistry whether photographing the Denver skyline, executive portraits or capturing a beautiful moment in a marriage ceremony. “My reward is that I am able to make a living doing what I love” smiles Marcia. Warren Blanc founded the Image Maker in the mid 1970’s. Marcia and Ed have owned and operated it since 1992, when Warren Blanc retired. The Image Maker is Marcia’s commercial photography studio and has expanded to offer Ed’s professional services of writer, actor, publisher/editor, master of ceremonies, artist and wedding officiant. “For the past 25 years I have devoted all my energy to the success of the Image Maker. It is one of the oldest commercial studios in Colorado”.

The photographic image has gone through the artistic rollercoaster probably since the beginning of the photography age as to whether it should be taken seriously as art an art form or not. It is obvious when looking at Marcia’s fine art photography that there is no doubt that what she is creating is art.

Vibrant lines and dots dance across the paper creating images of lands near and far with rushing rivers or water falls nearly dripping off the canvas. It is with this beauty and clarity that Ed approaches his chosen art forms of watercolor ink, short stories, plays and also as an Ordained Minister in The Temple of Man.

“I consider myself a folk artist, I am self taught. I don’t pretend to be painterly, but people like to compare me to Van Gogh” Ed smiles and laughs, “I am not really a painter, I am a graphic artist”. Ed started his artistic path by creating the prep rally posters at his school. “I found out there was an attic that I get a key to, the artist’s attic for creating the prep rally posters. I wanted the key so I could smoke cigarettes. So I volunteered to be the artist for the booster club and create their posters”. Ed began watercolor ink in 2001 and in January 2007 had a one-man show at Swallow Hill Music Association Gallery in Denver in which he set the record for the most paintings sold and most revenue generated by an art show.

Edwin’s literary adventures began in 1977 when he became active in the world of Poetry and Small Press. His first book, citysight, a collection of poems with drawings by Michael Bergt was published by Larry Lake of the Bowery Press in 1981. Edwin has also worked on numerous small press publications and he was the editor of both Passion Press Magazine and Point Magazine. Under the name Passion Press Ed has also published titles by other authors, most of which are currently available through Image Maker. Ed creates a wedding booklet for each couple he marries and also uses his own paintings on the cover and throughout the book. “It’s my script for the wedding ceremony, while I have most of it memorized, it’s a nice way for the families to follow along. I also leave a few pages empty so that the family can jot things down. The booklet then becomes a family heirloom”. Ed has been officiating weddings for 30 years and conducts nearly 80-90 weddings a year, and because Marcia and Ed both are ministers, they often keep two very busy schedules of officiating and photographing the weddings. Ed’s approach to his work is authentic, imaginative and truly no-nonsense, he is able to delight your senses with word and visionary journeys through his his stories and art. 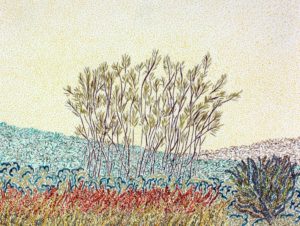 While they both have been influenced and inspired in their lives by many, they both agree and believe that the keys to their success has been “having an artist as a partner, having the good fortune to cross paths with inspiring people and having curiosity about things spiritual”.

The flair of innovative photography, watercolor inks and story telling, is what Marcia Ward and Edwin Forrest Ward bring to the artistic wall and stage of their latest art show titled Paradise Earth.

Due to popular demand and record artwork sales, 11th Avenue Gallery, located at 935 West 11th Avenue, Denver, will host a 2nd Reception of  “Paradise Earth”, Friday, February 1st,  7-10pm,  with an 8pm Premier of Ed’s new One Man Play, Taxi to Another World.   If you missed the Opening Reception January 4th, you now have the opportunity to explore new works by both Marcia Ward and Edwin Forrest Ward, as well as enjoy the theatrical “ride” to another place and time.

Visit them on-line at TheImageMaker.QuestOffice.net