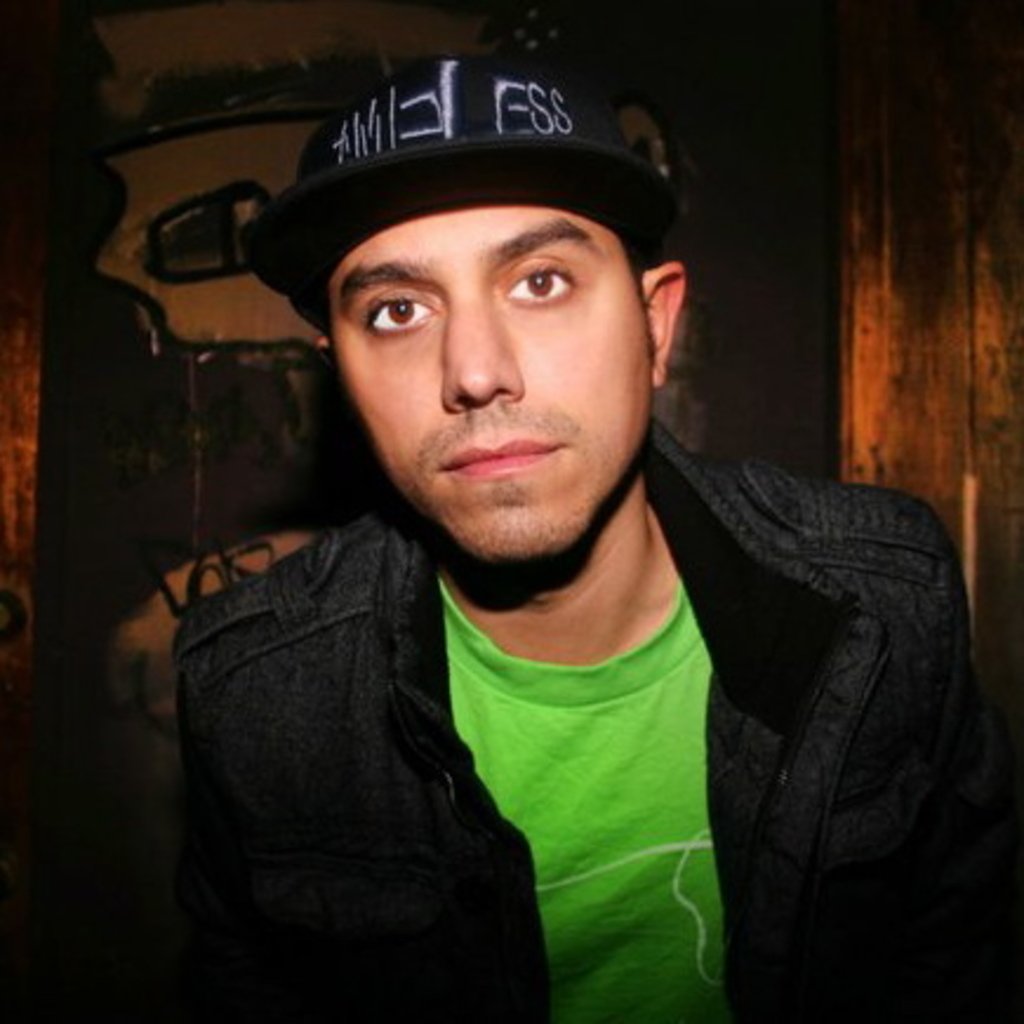 When I got back to the room was when I just broke apart because I realized that when I got back there, I left who I was at 14 years old on this science classroom floor. 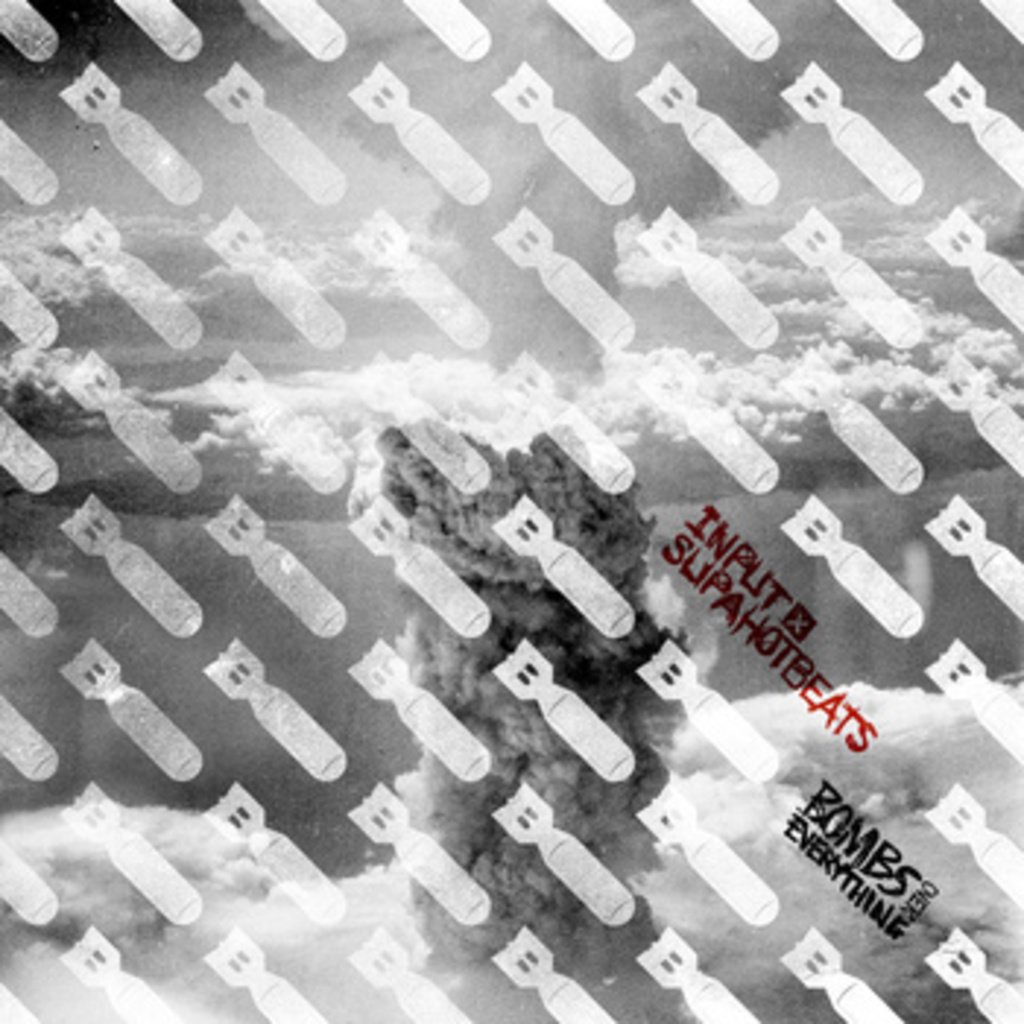 I remember exactly where I was standing when I first saw Input perform. He was opening for his good friends, The Epilogues, when they were debuting their music video for “The Fallout” to a sold-out crowd at the Bluebird Theater. I’ve never really gotten into hip-hop, but when I heard Input’s pure, yet demanding voice, I knew he was going somewhere, and I had to follow.

I reviewed his latest album at the time, Left For Dead, and was convinced that I would attend every show of his from that point on. I guess it’s easy to get caught up in life, because I still haven’t seen a show of his since that chilly April night.

Two years later (last week), I sat with a familiar face. Perhaps he’s the god of Denver’s hip-hop scene, the king of quick rhymes and heart-pounding beats, a legend in the making—he’s Gustavo D’Arthenay, otherwise known as Input.

Fresh after releasing his newest project, Bombs Over Everything, Gus politely introduced himself—as this is the first time we’d actually met in person—and we headed to the bar to grab a drink. Neither of us nearly finished our drinks, however, because the conversation you’re about to read indeed kept going and going.

He’s not only interesting to watch perform, but he captivates as he tells his story from the beginning to now: when he first started writing poetry in a Columbine High School classroom to recording with one of the hip-hop scene’s best producers.

After hitting up SupaHotBeats—an Atlanta-based music production company—over Twitter, it took a couple of years for Gus to find the right beats for this album. He and WillPower (from SupaHotBeats) passed a few sounds back and forth, but it wasn’t until 2012 that he was ready to write and record the seven tracks. Since Gus is based in Denver, recording the album would be a little tricky. But after only two trips to the ATL consisting of three days each, working from seven at night ‘til five in the morning, Bombs Over Everything was born. 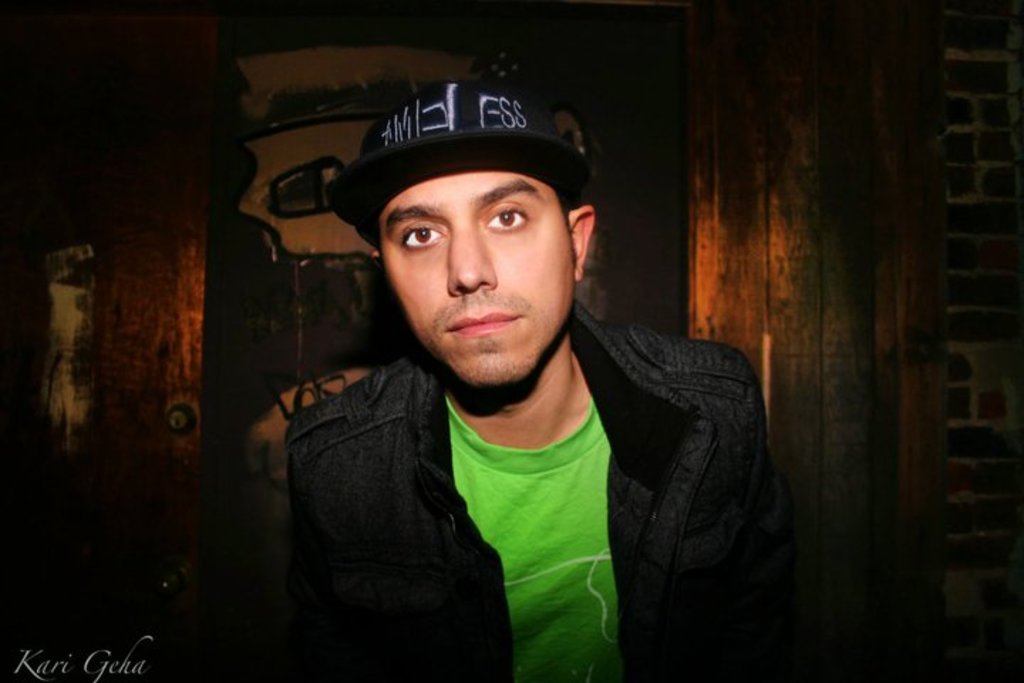 303 Magazine: Why record in Atlanta instead of Denver? What’s your connection?

Gustavo D’Arthenay: I fell in love with SupaHotBeats’ production from the album that he did with Yelawolf. So I hit him up. I knew nothing about Atlanta in terms of the scene but the more I’ve been there now, I’ve definitely come to find that the network in Atlanta is just insane compared to here. They say that if you want to make it in the industry, the next step is to go to New York, L.A. or Atlanta—especially for hip-hop. It’s a very open network. We were just hanging out and these other artists that were recording were like, ‘hey, do you want to get in on this session?’ It’s a very open environment and everyone’s really engaging, all for the better movement forward of music.

303 Magazine: You’ve recorded eight EPs/full-length albums. How is Bombs Over Everything different?

GD: …the sound. I think I’ve had a very specific sound my whole career, something people have been able to latch on to.  This project is just a little more raw and it kind put a more dynamic approach to my style. It was cool because it kind of forced me into a place that I’ve never been before musically, and it kind of just let me be a rapper and just do the typical rap stuff. This album just kind of brought out a different side of my writing and just really allowed me to kind of go back to the basics of rapping and everything. It’s just more aggressive, which I’ve never had. I’ve never done a project like that in such a small window of time, so to be able to do it like we did and have the product come out the way it did was just phenomenal.

303 Magazine: Is there an overall theme within this album?

GD: …just the name of the album in general. Bombs Over Everything is just kind of like my welcoming party to a new fan base. It’s just allowing me to showcase who I am to people through easily the darkest song I’ve ever written, and probably ever will write, to some of the most powerful and fun lyrics and type of style I’ve ever had.

303 Magazine: Tell me about the collaborations you did you with Nikkiya.

GD: She’s one of Will’s artists in Atlanta and beside from Yelowolf, the main artist he works with full time. Her style is really cool because it’s like R&B but it has some really cool hip-hop elements to it. Just to be in the studio with her was an amazing experience and she has—in my opinion—one of the most amazing voices I’ve ever heard.

Browsing Input’s song list before our meeting, I came across “Spirits Fly.” It’s a connection between Gus and I, and many others throughout Colorado. It tells the story of a 14-year-old Gus, who yes, was there the day of the Columbine High School shooting and was in the building for more than four hours. Listening to the song, it’s as if we’re shown a video of what this horrific day was like for him.

He starts out talking about his background and how growing up in Catholic schools didn’t help much as he tried to find his place in high school. It then zooms in on his exact location while the shooting took place – science room 5. As the fire alarms went off, the students and faculty both figured it was a routine drill, so they started to exit the room.

After hearing shots, Gus’ teacher, along with his classmates, ran back into their classroom. Mr. Mosier told everyone to huddle in the corner as he locked the door and told the students it was bulletproof —even though it wasn’t.

303 Magazine: What did you teacher do?

GD: The guy saved my life in terms of how he kept us all calm. He was trying to tell jokes and keep it really light. After a few hours, we all just sat there and were just shooting the shit. We didn’t know when we re going to get out, so we were just trying to make it as light-hearted as we could for the circumstance. I think at that age, we kind of handled it pretty damn well.

303 Magazine: You were in the school for over four hours before the SWAT team came in and took you to a nearby elementary school. What happened there?

GD: It was probably one of the saddest moments of my life. As soon as we got there, they brought us off the bus and we waited in line and stood there. They took all the kids’ names and they’d make you walk out on this stage and there was a sea of family, parents, and everything. They were calling out kids’ names and it was just the most like heart-wrenching thing. You have all these kids on the stage that can barely stand up because they’re so terrified and emotionally destroyed. It was the most intense thing I’ve ever seen.

303 Magazine: You said your parents weren’t able to come get you. What did you do?

GD: My family friends, their dad came to get me. It was the weirdest thing. If you didn’t get claimed you just went off in the corral area until somebody came to get you. I remember watching this all unfolding and then the whole auditorium just like split and he was just on the other side. I just ran across and gave him the biggest hug ever. It was the first familiar face I’d seen. The relief of that situation I was like, ‘I’m going to be OK.’

While taking a break in the studio, SupaHotBeats’ WillPower was chatting with Gus’ manager when he brought up Columbine being a big part of Denver’s history. After finding out that Gus was there that day, Will suggested that he recorded a song about it. Though Gus was hesitant, “Spirits Fly” was written and recorded just two hours later.

Gus said that a big reason he was able to write it was when one of his classmates asked if he’d be in a documentary she’s filming about Columbine. “She’s following five students that were there that day—following their story and where they are now,” he said. “The craziest thing about it was we sat down and just did an interview and it I think everything they got of me was just 7 hours of me talking.”

In the documentary, out late this or early next year, Gus walks the cameras through the halls he ran through and the classroom he was locked in for those four hours.

303 Magazine: What was it like to go back into that classroom?

GD: There were some really, really emotional parts about it. When I got back to the room was when I just broke apart because I realized that when I got back there, I left who I was at 14 years old on this science classroom floor. I’ve been here for 15 years and I didn’t want to let it go. Once I did that walkthrough and that interview, that’s what allowed me to write that song so easily and it was just one of those things where you know it was all timing. I’m not a believer in destiny or fate; I like to think I have control over the decisions I make in life and what happens, but that’s one of those things that I just feel like might be that one thing that was meant to be, even though I don’t believe in saying that. It was just too perfect in the way that it all came together.

303 Magazine: Are there other songs on the album that stand out to you?

GD: I really like the title track [“Bombs Over Everything”]:

It’s kind of like a punch to the chest. It’s the most different song I’ve been on in terms of the beat and the style and everything. The one with Caleb [Slade], I really like a lot. It’s dancy and it has a really good story line to it: ‘Everyone wants to be somebody/except who they are.’ The other song with Nikkiya is a stand out. Every time I hear it, it just reminds me of driving in the summer with the windows down. It’s funny because it’s a song about bad relationships but it’s got a positive feel to it, even though the story is about shitty relationships.

After just a few weeks into 2013, Input has already released one album and – so far – one video. He plans to start a tour after Austin’s SXSW in March, is talking about making a video for “Spirits Fly,” and even wants to release a full-length this summer. At 29, he may have had one hell of a high school experience, but Gustavo D’Arthenay has broken his silence.