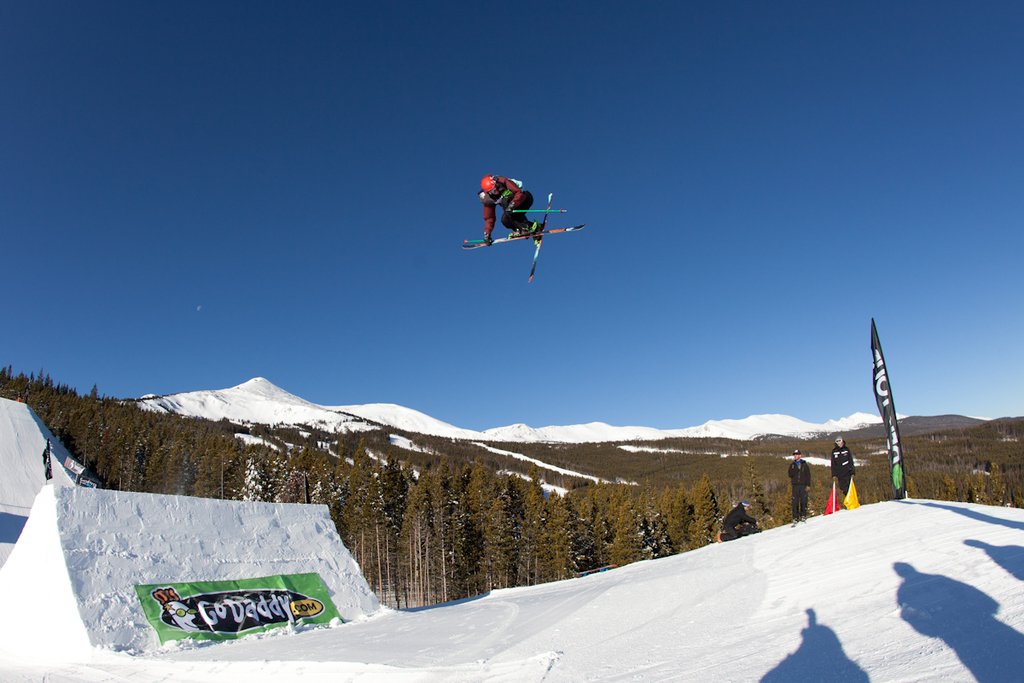 Out of Bounds: The Dew Tour, Johnny Tsunami, and Nick Goepper

Branding leads all companies to adopt gripping buzzwords. “Dew” needed something to attract attention and boost sales. Serving as the backbone of America, mountains, more specifically the Rocky Mountains, provided exactly what “Dew” was searching for. However, in order to maintain their Mountain status, “Dew” needed to make a trip back each year to earn their name.

Originally created to provide Mountain Dew drinkers a conduit for their burst in energy after consuming the beverage, the Dew Tour now represents the kickoff event for major skiing and snowboarding competition in North America. For broad appeal, the Dew Tour also hosts the Toyota City Championships skateboarding competion in San Francisco and the Pantech Beach Championships beach compeition in Ocean City, MD, forming some of the most competitive opportunities for extreme athletes to showcase their talent.

The Dew Tour consistently brings two things to Summit County: the top names in men’s and women’s skiing and snowboarding as well as an untimely snowstorm. Yes, snow is good for winter sports but not so much when you are hitting a jump or half pipe at full speed and cannot see the landing.

Shaun White, Louie Vito, Scotty Lago, Tanner Hall, Bobby Brown, Spencer O’Brien, Nick Goepper, and other pro skiers and snowboarders hurling themselves through the air don’t get you fired up (something could be wrong with you), Macklemore and Ryan Lewis were enlisted to keep your adrenaline and Red Bull rush throughout the day.

303 sat down with rising freestyle star Nick Goepper fresh off a breakout season which included a silver medal at last year’s X Games.

Goepper: My go-to would be a bottle of water, Red Bull, and a bag of peanuts.

303: Who is the Disney character you can most relate to?

Goepper: Johnny Tsunami, hands down. Kinda in the same realm I am. But Selena Gomez is a close second plus she is single now, no disrespect to Justin Bieber, who is a boss.  Mad respect for him.

Goepper: I like to think I am an Eagle. A lot in common with how we soar and all. Fly like an eagle. Or, take it another direction and go “Float like a butterfly, sting like a bee.” Depends on my mood.

303: Do pro skiers have time for fantasy football?

Goepper:  Not at all. Plus we are usually skiing on Sundays so can’t really get too into it. I am a Peyton Manning guy though.  Really too bad the Colts let him go but happy to see him still being successful.

Goepper: Miley Cyrus, girl is crazy. She posts the dumbest most ridiculous stuff ever. I don’t know how someone that famous gets away with saying some of the things she does to over ten million followers.

303: Are you an Instagram user? If so, what is your favorite filter?

Goepper: Love Instagram. I don’t really use filters all that often, just normally touch it up with the clarity button.

303: Indiana isn’t exactly a hot spot for producing pro freestyle skiers. How did you find your way into the sport?

Goepper: Started at a small ski hill with 100% man made snow, maybe 4 inches of natural snow each year, and owned the terrain park there. Wasn’t great skiing but all you need to have fun in slope-style is a few rails and some jumps.  When I was 14 years old, I got invited to my first competition at Stowe, Vermont, and just took it from there.

303:  Do you have a solution to Taylor Swift’s dating problems?

Goepper:  Me. It is really that simple. We would have a long, lasting happy relationship together. If not, at least I would be featured in some pop song ringing across every Top 40 station in the country.

303:  Final question, do you have a favorite Christmas ornament?

Goepper:  I was 16 years old and had just gotten my license.  My grandma got me this pretty cool Corvette ornament.  I didn’t really think too much of it until Christmas Day when she pointed at it and told me to look outside… 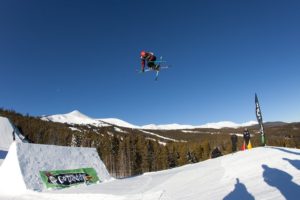 The Dew Tour starts today and runs through Sunday.  Check out the schedule below to see when Goepper and others are turning heads.