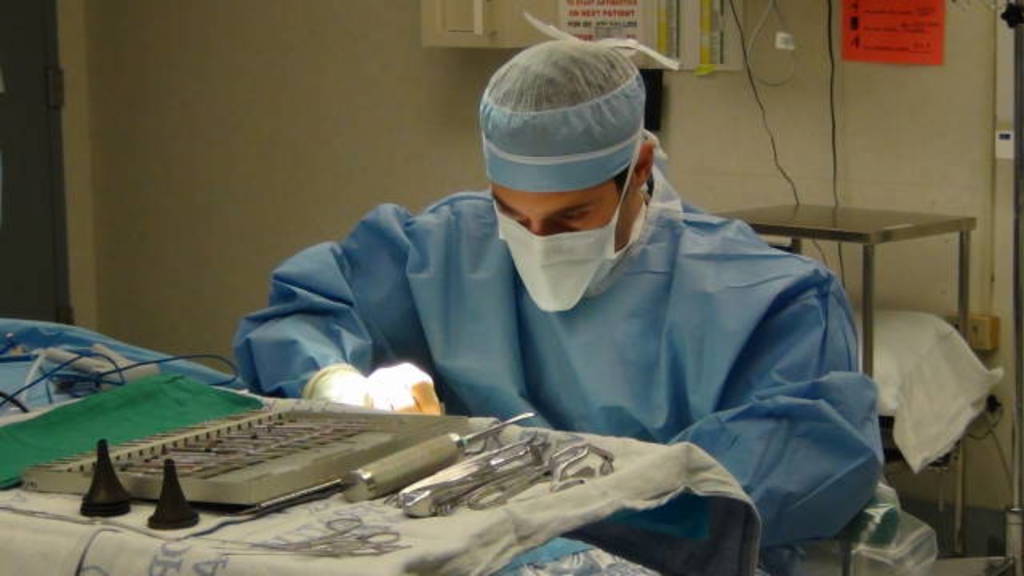 The other children break into hysterical giggles. She had turned her head for only a moment, but somehow missed the final sentence — and, the apparent cause of her friend’s merriment. She smiles nervously and laughs along to fit in, longing to know the last line of the joke. Later that evening, Claire’s parents suggest a family a bike ride. Claire loves to ride her bike and eagerly races to the garage for her helmet. As she steers her two-wheeler through the wind, she sees her mother trying to ask her something, but she cannot understand. Frustrated, she pedals to a stop and asks deliberately: “What?”

Claire suffers from single-sided, neurosensory hearing loss. While she performs well in school (with seating adjustments), she often misses out on crucial social interactions. She and her family sought help from Swedish Medical Center’s Dr. Daniel Zeitler – a neurotologist and skull-based surgeon. Dr. Zeitler proposed performing a particular procedure — one that only a few medical professionals currently perform in the United States.

A cochlear implant is a small, complex electronic device that consists of an external portion that sits behind the ear and a second portion that is surgically placed under the skin. Its components include

The cochlear implant has been around since the 1980s; however, since its inception it has undergone significant technological changes. Originally, the cochlear implant was developed for those suffering bilateral, profound sensory-neural hearing loss. That is, candidates for the procedure included only those with profound hearing loss in both ears. Neurotology professional measures “profound” as reaching a threshold of 90 decibels (the equivalent of a jet engine) or worse.

However, since the 1980s, the cochlear implant technology proves far more functional and the candidate criteria has loosened to include those with moderate (40-60 decibels, with 60 decibels being the level of normal conversation), bilateral hearing loss. However, the FDA still does not approve the cochlear implant for single-sided deafness. The FDA remains hesitant to approve this procedure without significant studies and clinical trials on how the brain interprets electric versus acoustic sound.

“There’s a huge push to initiate clinical trials for its use in these circumstances in the United States, but only a few anecdotal reports and small objective studies currently exist.” – Dr. Zeitler

Most of the data pertaining to cochlear implants and single-sided deafness comes from Europe, where medical professional are not subject to the same regulations stipulated by the FDA. Physicians in Europe discovered that patients who utilized both the implant and hearing aids, enjoyed the results. Additionally, patients deaf in one ear who also suffered from tinnitus (ringing in the ears), found that the cochlear implant not only resolved their hearing loss, but helped the tinnitus condition.

Despite the FDA’s hesitation to approve the procedure, many United States physicians recognize it’s benefits, including Dr. Zeitler. Dr. Zeitler attended medical school at New York University in Manhattan. He also completed his ENT residency at NYU, and performed his neurotology fellowship at the University of Miami. Dr. Zeitler has been in practice at Swedish Medical Center for a little over a year, exerting a passion for pediatric cochlear implantation. Last month, he performed groundbreaking surgery on nine-year-old Claire, confident that doing so will dramatically improve her quality of life.

When asked if she had any concerns about the surgery, Claire replied, “Will I stick to the refrigerator?” Though her cochlear implant device will not be turned on for another week or so, tests performed during surgery indicate that the implant is working properly and Claire can look forward to an improved quality of life thanks to Dr. Zeitler’s procedure.