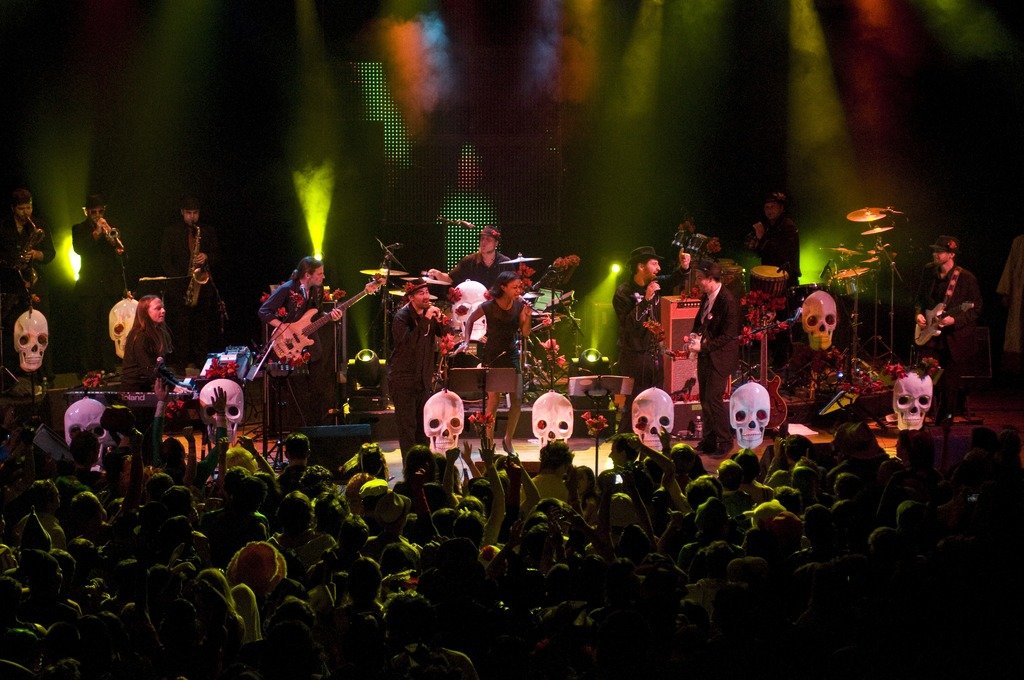 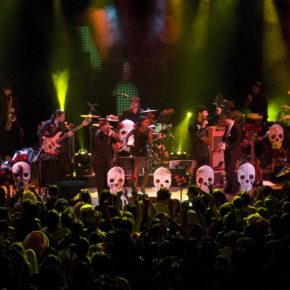 The Motet is undeniably kick ass. For the past ten years, this hubbub of talent has been showering the country with shameless funk. Taking a cue from the numerous genres of jazz, afrobeat, salsa, funk, and samba, the various members of the Motet provide an explosion of talent, with astounding composition and energetic improvisation. Their “resolve to evolve” has kept audiences- literally- on their toes as they splice their dynamic funk grooves with overlays of electronic beats. Drummer, Dave Watts, started the band in 1998. The combination of his classical music training at Berklee College in Boston and the inspiration sparked by his overseas travels have created the ideal chemistry to spawn something great.

The Motet will be doing 2012 justice with four back to back Colorado shows, starting December 28 in Breckenridge at three20south, with $12 advanced purchase tickets and doors at 9pm (21+). Then on the December 29th they’re stopping at the Performing Arts Center in Carbondale with Euforquestra, with $20 advanced purchase tickets and doors opening at 8pm (all ages), on their way down to Boulder. For the grand finale, Boulder’s Fox Theater will host the two-night “Beginning of Time Ball.” Tickets for December 29 are $20, with doors at 9pm (all ages) and Euforquestra will be opening. Tickets for December 31’s show are $30 for advanced purchase (21+), with Dubskin as the opening band. Funk the Mayans and funk the fiscal cliff. Come on out and welcome 2013 in style with the Motet’s festive and frenzied dance party.

I had the great pleasure of interviewing Watts on the apoco-eve. Check out what he had to say in regard to his musical influences, love for Colorado, and being on the naughty list:

303 Magazine: What is the most valuable thing you took away from Berklee College of Music?

Dave: The fact that I’ve still got a lot of learning to do. Everyone goes to Berklee thinking they’re the hot shit because they’re the best musician in their small town or their high school. It’s a humbling experience going to that school and realizing how much work you need to do just to keep up. I still practice all the time. No matter how good I get and how many good people I play with, I still practice every day and there’s always room to grow.

303 Magazine: Where have you traveled that has influenced your drumming style the most?

Dave: Cuba. I went twice, first in 1998 and again in 2000. I went with our former percussionist, Scott Messersmith, and our percussionist/vocalist, Jans Ingber. We practiced the bata drums, which are the traditional drums of the Santeria religion. They are double-headed hand drums and three drummers play at the same time.

303 Magazine: Your recent album, Dig Deep, sounds a lot like Juno What?, Who tend to sound a lot like Chromeo. What are your influences that contribute to this electronica sound?

Dave: Yeah, I started to work with a program called Ableton Live. Being able to make a record at home and being able to access any sound that you really want makes a huge difference. The program also gives me a lot more control over sounds during live shows. There are DJs out there who just create the music than push play. But with Juno What? we’re really manipulating the sounds as they’re happening. With the Motet, it’s more of a background thing. We’re mostly a live band but now there is potential for new sounds to happen through Ableton. And I like to have those sounds available to me in the live format to be able to fill in certain areas of the music during the show. Not a lot of drummers do that. Usually it’s the keyboard players that do that. The only other guy I’ve seen do that is my buddy Jason, from Eoto.

303 Magazine: Who are some of the Motet’s major musical influences?

Dave: Every band that we’ve played for Halloween, so that list of about 10-12 bands including the Talking Heads, Parliament-Funkadelic, and Earth, Wind, & Fire, and, of course, the Grateful Dead. Their song arrangements are really pretty deep. When you spend the time that we’ve spent learning specific material, it really gets under your skin.

303 Magazine: What have you learned from covering such prestigious bands?

Dave: We have transcribed and arranged and embellished hundreds and hundreds of songs by some of our favorite artists. And we’ve researched- me in particular- those sort of back cataloged, live studio recordings which has taught us so much about how to create a great song and a great arrangement. So now we’re taking all of that experience and wisdom from these giants of music to apply towards our own songs. We’re working on a new record with about a dozen tunes that we’ve improvised. Using all that knowledge that we’ve come to by working on all this music by our favorite artists, it’s really starting to show itself in a good way.

303 Magazine: How do you think the Colorado music scene affects your style?

Dave: Oh, Colorado is just magic. It really is. For a musician, for an artist, for an entrepreneur. It’s just a magical land. I’ve known it since I’ve moved out here. We can’t make music unless there’s somebody to listen to it. It’s like a tree falling in the woods. We need people to hear our music and be excited. When people are excited about our music, we’re excited and we work harder and we try to affect people more. Colorado is a crazy vortex where fans are so supportive and enthusiastic. Enthusiasm counts a lot. So when the fans come out to see us, it’s exciting for everyone. We wake up everyday thinking of how we can do it better.

303 Magazine: What do you want for Christmas?

Dave: People to stop shooting each other. It feels like we’re in such a bubble of happiness in Colorado with our music and the love of the outdoors and all. It’s just so unfortunate and tough to see it happening all around us.

303 Magazine: The world ends tomorrow, allegedly. What would you eat tonight for dinner, presuming it will be your last meal?

Dave: I guess I would have to have sushi, because I’m addicted to it. And maybe some exotic meats, like rattlesnake and cheetah. The animals are going to die anyway, so I ought to try them.

Dave: Cyndi Lauper? Ha, I’d never even thought of that. We’re going to play a bunch of our hits from our previous Halloweens. The funk classics, maybe some Talking Heads.

303 Magazine: What are you currently listening to right now?

Dave: My latest addiction is live Prince bootlegs. A lot of his “after shows” are pretty fun. His drummer, Jon Blackwell, is just phenomenal. Prince has hits and all that, he has great albums, but his live shows – the body and material and amount of arrangement for his material- just blows me away. All his tours are different, you know. But then they’ll always just go to a club afterwards and just jam because they love music that much.

Dave: The Grinch. It’s a classic.

303 Magazine: Naughty or nice this year?

Dave: Oh man. Obviously music is my poison… but for me, Jameson goes so well with music.