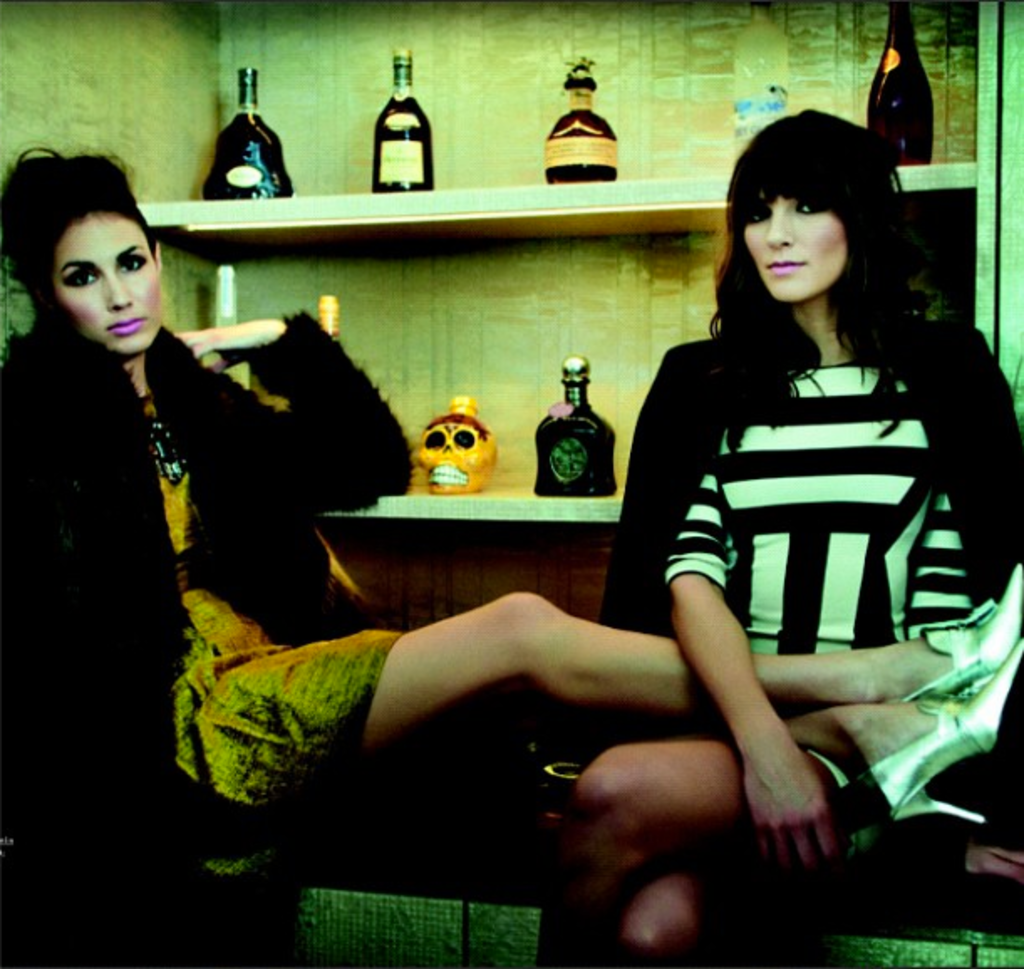 If 2012 was the year Posso demanded the EDM industry’s attention, 2013 will be the year they become a household name (assuming that house is Pacha, Space or Marquee). The DJ duo/fashion designers kicked things off this year by playing HARD’s Holy Ship! alongside Diplo, A-Trak and Rusko, then earned a sponsorship with W Hotels, and launched a Spring 2012 and Summer 2012 collection through Volcom. Posso, aka Marylouise Pels and Vanessa Giovacchini, spent most of 2012 touring extensively across the U.S. and Asia, sharing the stage with big names like Calvin Harris, Hot Chip, Dillon Francis and Cut Copy. Tonight, Posso (meaning “I can”) will treat Denver EDM fans to an intimate performance at Larimer Lounge. Colorado DJs/producers London Dungeon, Mo:Rockin and boyhollow will open.

Friends since the age of four, Marylouise and Vanessa spent their childhood bonding over their love for Led Zeppelin and organizing fashion shows. Dialing into their creativity at a young age seems to have paid off, as both women are already bona fide designers and DJs, despite only being in their mid-20s. Posso’s original music echoes their eclectic design work, infusing piano, house, blues and live vocals with electronic music. The duo’s DJ sets are just as compelling, blending tech house, funk and disco house to create playful and infectious sets, making them mainstays at famous international dance parties.

Marylouise and Vanessa caught up with 303 Magazine to chat about their five-night run in Colorado starting tonight in Denver, being females in a male-dominated industry, and what their parents think of EDM.

303 Magazine: You’re getting ready to play five nights in Colorado, but you’re used to playing huge venues or crazy parties in LA, Vegas and NYC. What are you expecting on this mini-tour?

Marylouise: We’re really excited! We played at Beta a few summers ago, so we’re eager to see what playing during the winter is like. We love Colorado, and we love how chill the girls are. Everyone is so nice and it’s so different from California. We’re excited to be in Colorado and hang out with cool people who keep things real.

303 Magazine: You have so many projects going on at once between designing and making music. How do you prioritize, stay sane, and have fun?

Marylouise: I think it’s important to not get overwhelmed. Don’t try to do everything. Be realistic about what can and can’t be accomplished. Know when to say “no” to something. Try to focus on one thing at a time.

303 Magazine: You grew up listening to music and planning school fashion shows together. How did you actually get involved in producing music and deejaying?

Marylouise: I went to UC Santa Barbara, and my college boyfriend was a house DJ, so I ended up getting really immersed in the DJ culture. When I graduated, I decided that I wanted to learn how to deejay and make music. I didn’t intend on it becoming my career, I just thought it would be cool. Eventually, it became an obsession and we started hanging out with other DJs in Hollywood. Vanessa watched everything and we started playing together for fun. It all happened very organically.

303 Magazine: What has it been like breaking into such a male-dominated industry? Has it been difficult for people to view you as real artists and not just “girl DJs” or “it girls?”

Marylouise: We take everything people say about us with a grain of salt. It’s such an age-old story. I think women will always have that challenge and will have to prove themselves in any industry. We’re just super grateful to be doing what we love.

Vanessa: The best way to deal with negative feedback is to not focus on it or the people doubting you. It’s better to focus on the fact that you’re getting paid to do what you love. We’ve been doing this for a long time and it’s been amazing to see more and more girls start to deejay. Girls are emotional, so we can read a crowd really well, which is something hugely important to being a good DJ.

303 Magazine: As fashion designers, how does fashion play into your performances and music?

Marylouise: If you look at any iconic person in music, they all have their own style. It’s cool to create yourself out of pure inspiration, without a stylist. We share that raw inspiration. We’ll find something we like and cut it up to make it cool. Sometimes our fashion and music overlap. When we debuted our line for Volcom, we opened the fashion show with our live music and then deejayed the show itself.

303 Magazine: What trends in fashion and music are you really into right now?

Marylouise: In general, we gravitate more towards whatever we like rather than trends. As far as musical trends go, we try to play a little bit of everything, as long as we like it. I really like trap right now, I think it’s tight.

Vanessa: We’re kind of the same with fashion. We thrift and we’re really into H&M and Forever 21. We wear our friends’ clothes sometimes. We wear what we like and don’t really focus as much on trends.

303 Magazine: You’ve had a lot happen in the past year. Do you feel like you’ve had your “big break” yet?

Marylouise: I don’t think we feel like we’ve had one “big break” yet. We’ve had a lot of great opportunities, but I think if we start thinking that we’ve already had our “big break” then we won’t keep pushing ourselves to achieve more.

303 Magazine: How have your parents responded to your success? How do they feel about EDM?

Marylouise: They have been really supportive! I think at first, they were like “What the hell are these girls doing?” We’re really lucky to have such supportive parents who believe in us. Now that the fruits of our labor are more visual and accessible to them – like seeing us on magazine covers – they get it a bit more. They still have no idea what EDM is, though [laughs].

Marylouise: Probably working with W Hotels. It has been a great brand match for us. They are a company that’s very chic and supports young, up-and-coming designers, DJs and artists. It has been such a blessing to work with people who understand our vision.

303 Magazine: What are your top five tips for aspiring touring DJs/artists?

1. Know who your real friends are and make sure they know how grateful you are to have them in your life.

2. When starting a tour, treat sleep like sex – get it as much as you can whenever/wherever you can. Then party and ride the wave. We take this natural homeopathic shit called Knock Out.

3. Pack like a scientist and pack only what you love, but don’t check bags on a hectic tour, especially in Europe. We always bring extra fishnets!

4. Be overly prepared musically before you leave for any gig so your only focus is on having a blast with your crowd.

5. Always have Shazam ready and always go listen to the opening DJ so you know how to properly escalate the vibe without repeating tracks.

303 Magazine: You haven’t played in Colorado in a while, what can people expect from tonight’s show?

Vanessa: We’re pretty communicative with the crowd. We really pay attention to what people are doing and how they are reacting. Even though we’re on stage and behind a booth, we like to pretend we are in the crowd dancing. We have a fucking good time and like to party with everyone.