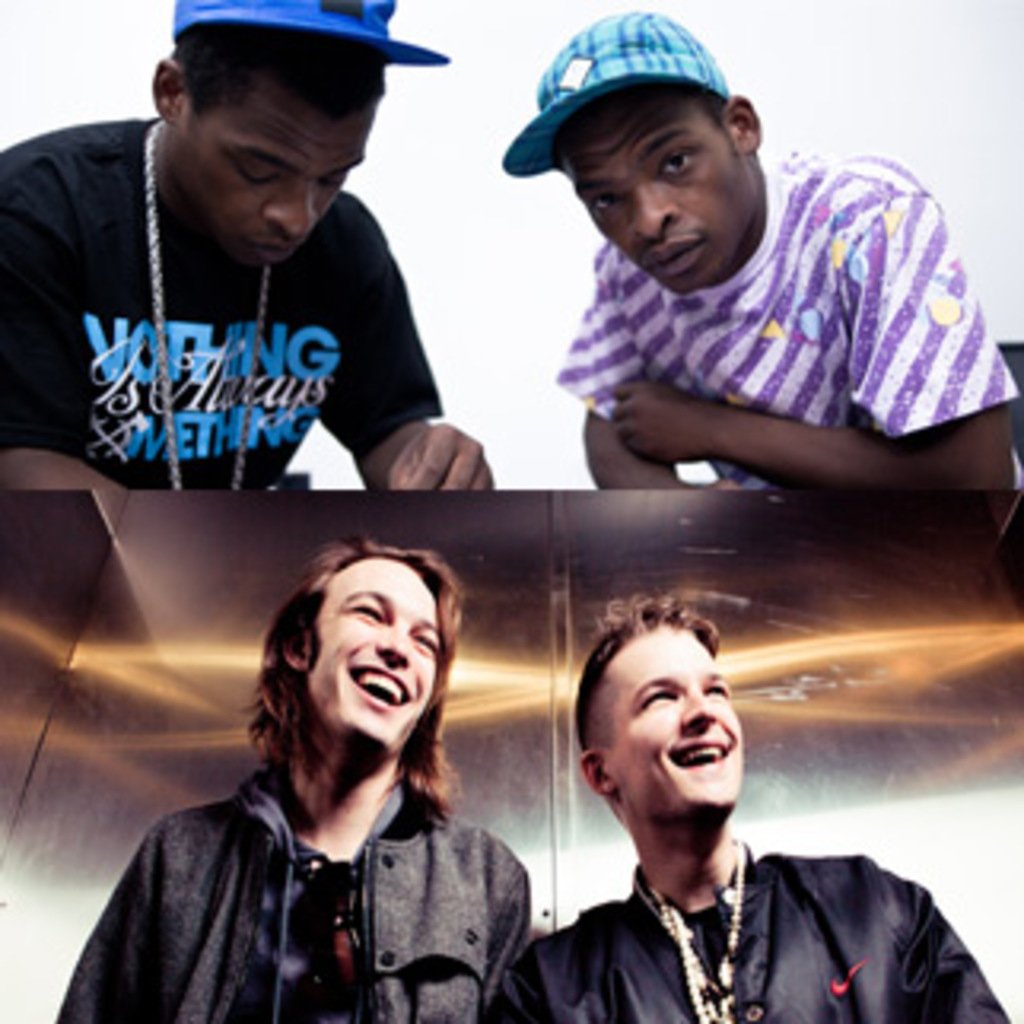 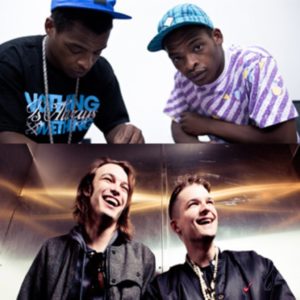 It was only a matter of time before Cherub and Two Fresh, Nashville natives turned Colorado favorites, linked up. Their similarities are endless: Both duos spent time perfecting their sound at Boulder-based music and arts collective, Elm and Oak, both were fixtures at music festivals last summer, and both have spent this fall/winter on tour with big industry names like Mansions on the Moon and 12th Planet.

Perhaps their biggest dissimilarity – their music – is what makes a collaboration between Cherub and Two Fresh successful. Last week, the duos released Unplanned Parenthood, an EP that combines Cherub’s self described “avante-garde electro pop from the future” and Two Fresh’s synthy, instrumental hip-hop. The result is a collection of smart, sexy tracks featuring 80s R&B beats and smooth vocals. Cherub and Two Fresh will celebrate the release of Unplanned Parenthood tonight at Bluebird Theater, co-headlining the show alongside opening acts Gunkst, Mosis and Force Publique.

303 Magazine caught up with Cherub aka Jason Huber and Jordan Kelley and Kendrick “Kendo” Nicholls, who shares the Two Fresh moniker with his twin brother, Sherwyn. The guys divulged about collaborating on Unplanned Parenthood, what their parents think of their success, and explain “The Shweez.”

303 Magazine: What was it like to collaborate with one another on Unplanned Parenthood? How did you come up with the title of the EP?

Jason: The collaboration really came about after being on tour together at summer music festivals – we just wanted to make music for music’s sake. We had no intention of writing and recording the songs, so it made the entire process very organic and fun!

Jordan: It was awesome. We barely knew each other before we crashed at the twins’ house in Asheville to collaborate on this project over a year ago. It was great to build a relationship through making these tracks. I don’t remember who came up with the title, but it wasn’t us. We all liked it so it stuck!

Kendo: Collaborating with Cherub was too easy. We’re all somewhat into the same type of tunes, so naturally we worked together like PB&J. 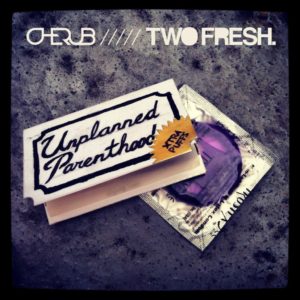 303 Magazine: What’s a funny story you have from working and/or playing together?

Kendo: The whole way the project came together is pretty funny. It all started from the first Electric Forest. Cherub and Two Fresh pretty much took over the festival grounds afterparty! We crushed it every night until the sun came up. After the festival, we all decided to go back to Asheville and make baby-making music!

Jason: We also have a dance! It’s called “The Shweez.” Elbows out, arms up in front of your face, high steppin’ and pumping your knees full force, bouncing from one side of the stage to the other. Preferably accompanied by a Waka Flaka track.

303 Magazine: How have your families responded to your success? Jordan and Jason, after hearing songs like “Doses and Mimosas” and “Monogamy,” are your parents thrilled you’re having so much fun, or concerned that they won’t ever have grandchildren?

Jordan: Our families have been way beyond supportive. They know us personally and know that we haven’t completely lost our minds. If anything, they keep us grounded and they are more concerned of us having too many grandkids than none at all it seems.

Jason: Yeah, they know they’ll have grandchildren for sure – their worry is how many! Our parents couldn’t be more supportive of what we do. Both our families love coming out to shows and getting rowdy. My parents partied with us the entire weekend at Electric Forest, and Jordan’s whole family was at Red Rocks to support us last summer. Jordan’s mom even wore our first bootleg Cherub merch shirt!

Kendo: My family is all about seeing us progress. They love it. I swear, our mom and pop came out to multiple shows on the “Mothership” tour with Skrillex.

303 Magazine: What are you most proud of accomplishing this year?

Jordan: Definitely opening for STS9 at Red Rocks and all the festival dates we landed last minute this summer. Just being able to be on the same bill as artists we look up to so much is really overwhelmingly awesome. Also, all the relationships we’ve made all over the place with people who come to our shows and show love and support for the music!

Jason: There is a long list of shout-outs that we could make here. The thing that Jordan and I can be most proud of this past year is that even while we have been jetting around the whole country on tour, we still continued to stockpile more content than we can even release, so we are already set to have a very, very fun 2013!

Kendo: For Two Fresh, I would say placing our beat for Mac Miller on his Macadelic mixtape. It definitely pushed us to create more of our sound now!

303 Magazine: If Cherub and Two Fresh each had a theme song, what would it be?

Jason: “Trapped in a Closet” by R. Kelly…in its entirety.

Cherub and Two Fresh celebrate the release of Unplanned Parenthood tonight at Bluebird Theater. Tickets are still available online and at the door. Doors open at 8:30 p.m. Show starts at 9 p.m.