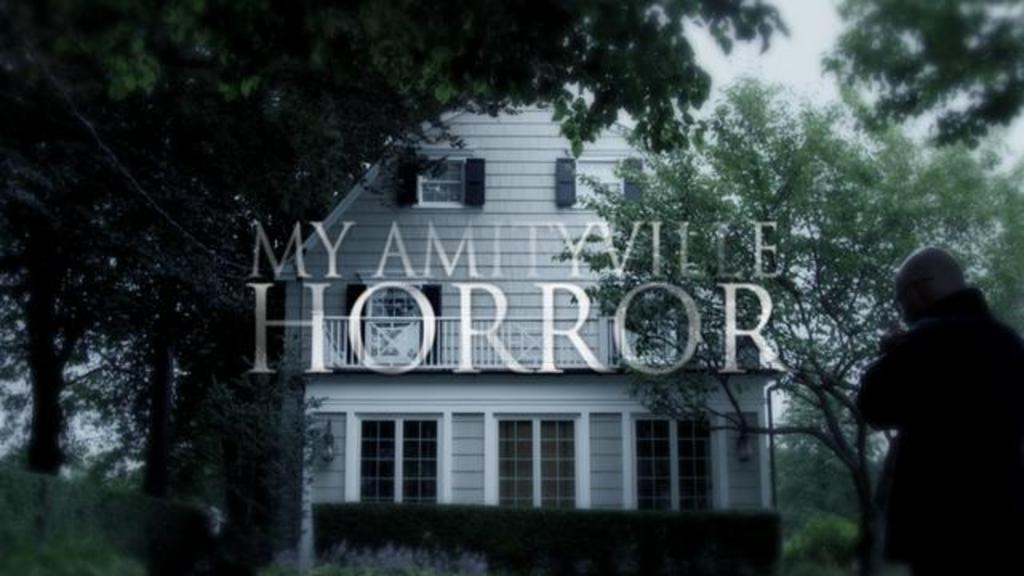 Watch This: My Amityville Horror

The house at 112 Ocean Ave. in Amityville, NY has become the stuff of legend.

When the Lutz family moved into the house in December of 1975, it had been vacant for 13 months following the infamous DeFeo family murder case. The events that followed would become a world-famous haunting that captivated an entire generation and became the source of much controversy.

In what has come to be known as The Amityville Horror, the paranormal activities that the Lutz family claimed to have experienced during the 28 days they spent in the house were subtle at first; odd cold spots and inexplicable sounds in the house were initially dismissed. Then the phenomena quickly escalated to sightings of demon-like creatures and levitations that haunted the family.

The father, George Lutz, became very sick and lost a lot of weight. At times, the mother, Kathleen Lutz, seemed to age abnormally fast in appearance. The boathouse door would repeatedly open and slam shut violently on its own and hordes of flies infested one of the rooms.

Daniel Lutz holds up a photo of himself in front of the infamous house in Amityville, NY.

The paranormal activity intensified to the point where the Lutz family decided to flee the house, leaving behind all of their possessions.

In the years following, people from all over the world – believers and non-believers alike – became entranced by The Amityville Horror. Since then, the story has been told, fictionalized, dramatized, and retold again in books, movies, and magazines.Now a new film seeks to shed some more light on what actually happened to the Lutz family in Amityville.

My Amityville Horror is a documentary about the eldest of the three Lutz children, Daniel Lutz, and his perspective on the phenomena that took place in the house. After quietly remaining out of the public’s eye for years, Daniel decided he was ready to tell his story when a friend of his reached out to director Eric Walter.

While the film itself was in production for three years, Walter has been actively involved with The Amityville Horror’s following for roughly ten years now and his passion certainly shows on the big screen. He does a fascinating job of telling both sides of the story; eager to share Daniel’s story, yet maintaining a skeptical approach.

The film is a chilling look into Daniel’s past. He speaks of his haunting experiences in the house – both the paranormal activity and his family’s sometimes abusive tendencies – in painstaking and frightening detail. As the film progresses, it becomes increasingly clear that he’s been traumatized from holding on to his troubled past for all these years.

A rather complex character, producer Andrea Adams describes Daniel as a dynamic person with an intense personality who can sometimes come off as a little confrontational. Still, she thinks people shouldn’t be so quick to discredit his story.

“I think he’s telling the truth,” says Adams. “He’s lived with this his whole life and his story has remained consistent. You can tell he wouldn’t use this for attention, especially when he’s hesitant about telling a story – it’s like he’s telling you, but he doesn’t really want to.”

As such, don’t expect any of your superstitions to be confirmed, or any myths debunked. The film leaves many questions unanswered and raises many more for the viewer to consider.

With commentary from some of Daniel’s acquaintances from that time in his life, including Laura DiDio, the reporter who originally investigated the story, My Amityville Horror provides a very real look into the Lutz family and their other-worldly experience in Amityville. The result is an honest and unbiased documentary that is likely more alarming and frightening than the theatrical films (or at least the sequels).

The film originally premiered at the Fantasia International Film Festival in Montreal, Canada in July and has since screened at film festivals all over the world with the Highland Film Group handling international sales. It made its debut in the U.S. at Fantastic Fest in Austin, TX in September and has secured distribution through IFC/Sundance Selects.