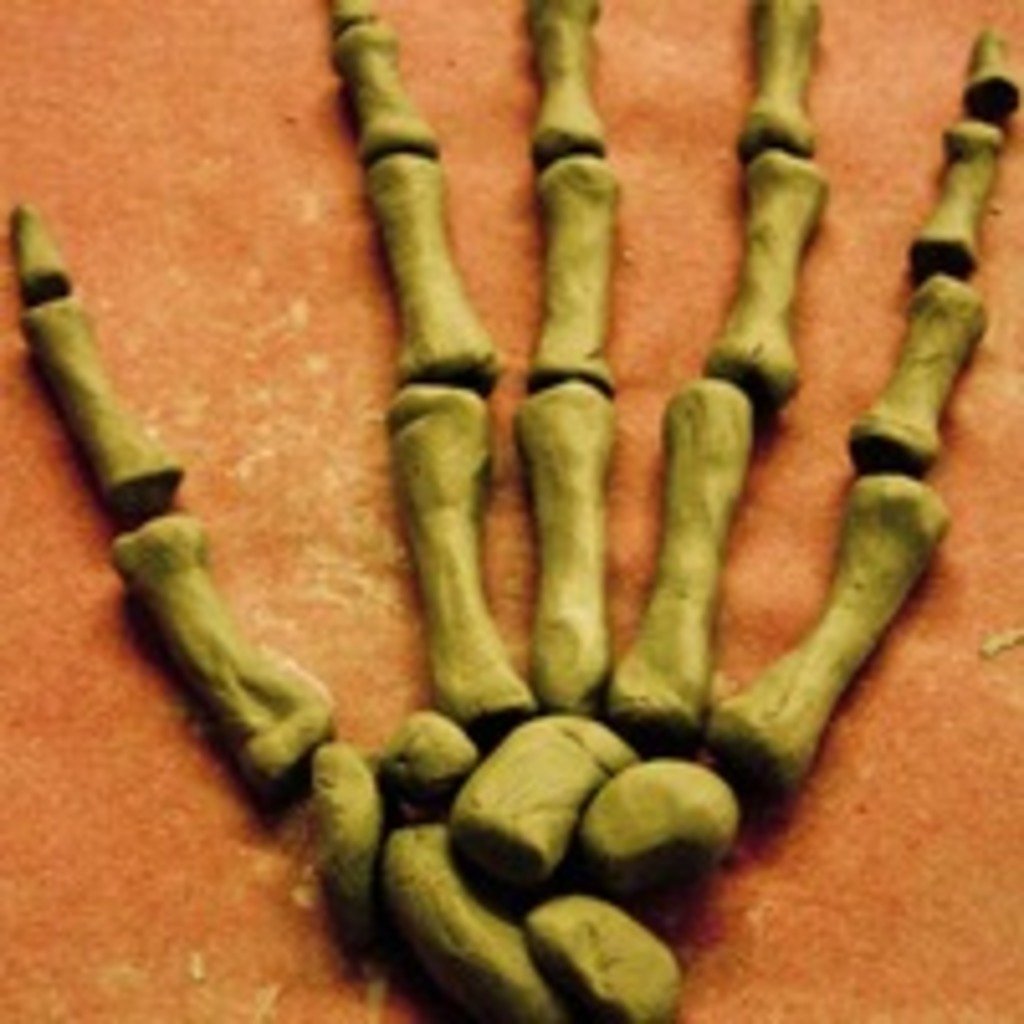 Art transcends the barrier of language. Art also has a way of awakening our senses. What then when art is created to express brutal and unspeakable acts of human suffering and torture? Art becomes an activist for a peaceful protest, and such is the case with the One Million Bones project. Communities and people across the United States have joined together to create bones with clay for installations of awareness of genocide and human rights violations that are still occurring on a daily basis in the Democratic Republic of the Congo, Somalia and Burma just to name a few.

Genocide has been occurring in our world since the beginning of time. This sensitive and gruesome topic is being brought front and center to raise awareness in hopes of finally bringing it to an end. Albuquerque, New Mexico first organized the 50,000 Bones Preview Installation and as word spread and inspiration grew organizers soon wanted to share the experience with others across the country.  This awareness sparked into One Million Bones and what they call The Road to Washington. The ultimate goal is to take the clay bones to the Washington Mall to layout one million bones while there are also simultaneous mini-installations and events at state capitals across the nation. 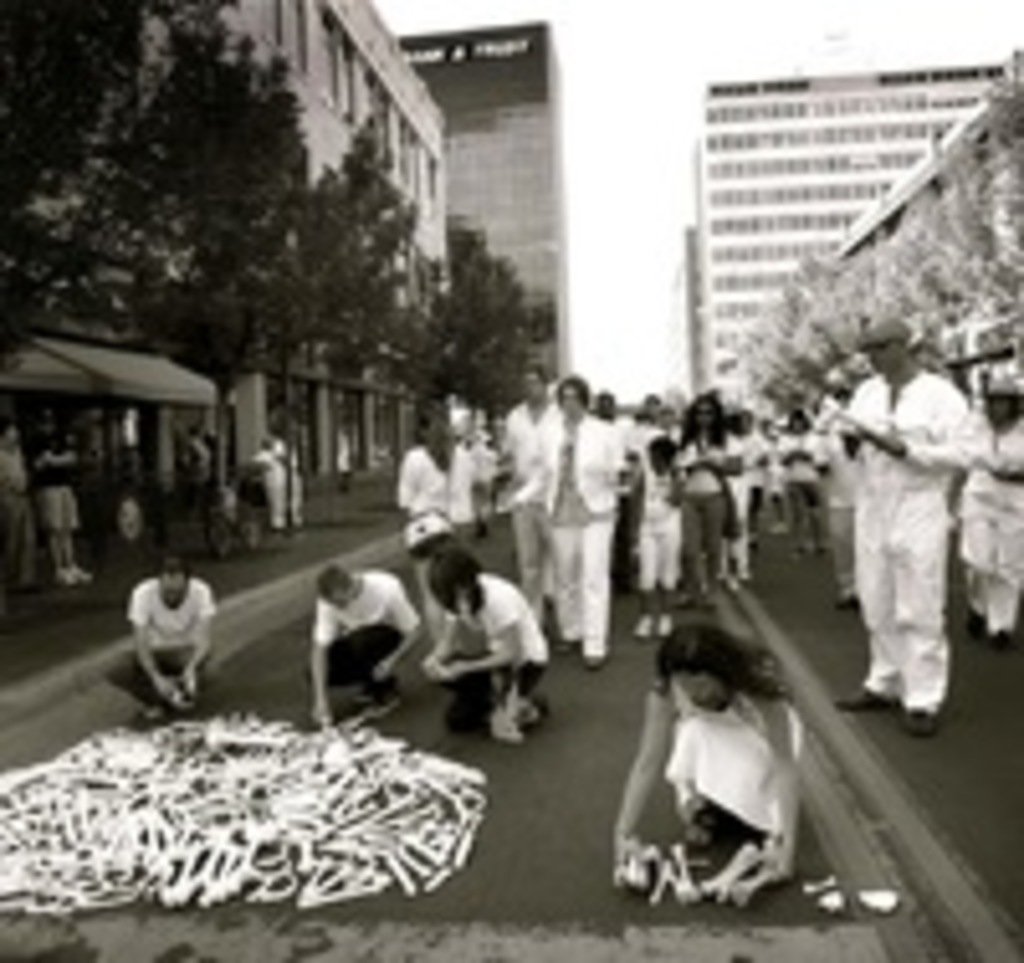 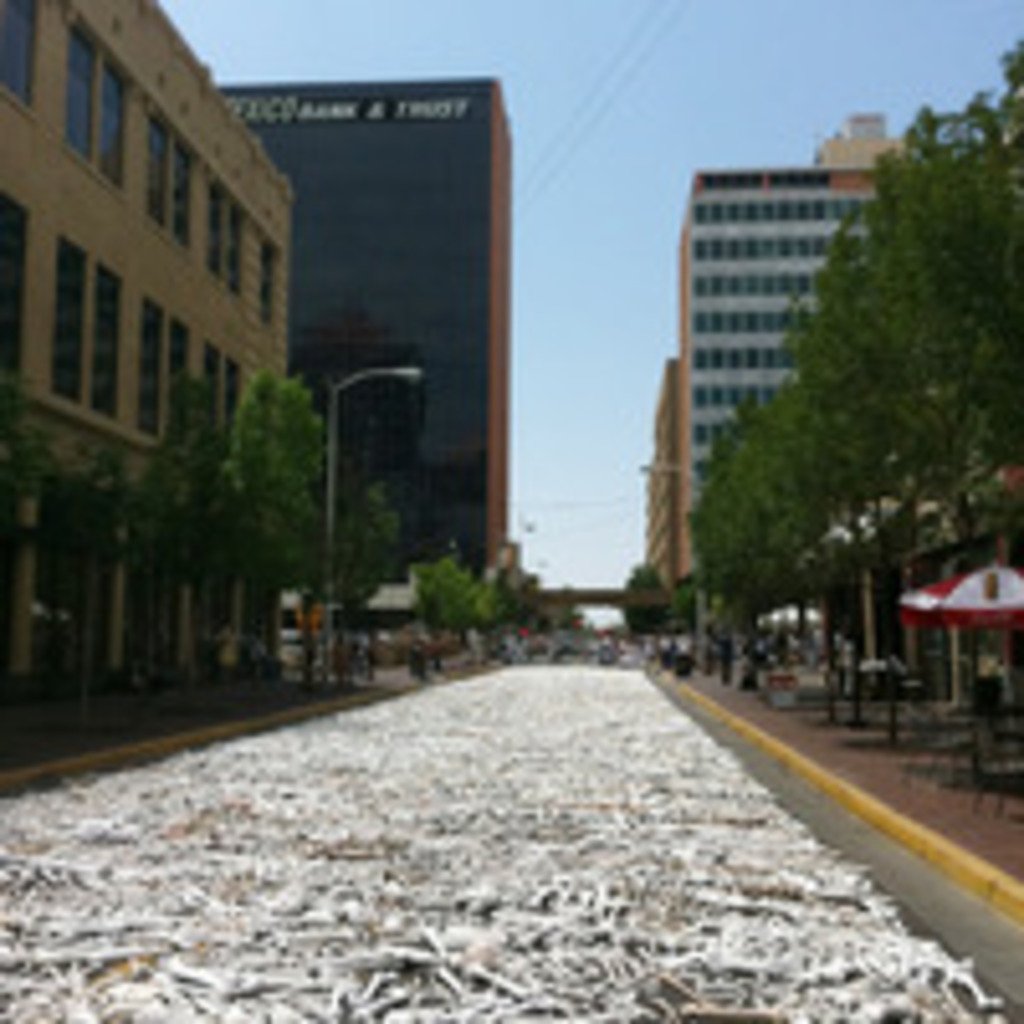 Carol Cooper, Art and Faye Lindenbaum, History Instructor’s for P.R.E.P. Academy located in Central Denver took on this challenge to create awareness of this difficult topic here in Colorado. While the principal encouraged this awareness, she was also concerned about how two students would feel about it, Ayub from Somalia and Jemima from the Congo. Cooper and Lindenbaum showed a 3 minute video to the two students from the website OneMillionBones.org, then asked them if they would be offended if the school took on this project. The students expressed how important this was to them to create awareness to make the genocide and suffering end in their country. With the help of Lindenbaum, Ayub and Jemima wrote speeches to present to the principal, the school staff and then to the entire school. It was a unanimous yes that the school would embark on this awareness journey. 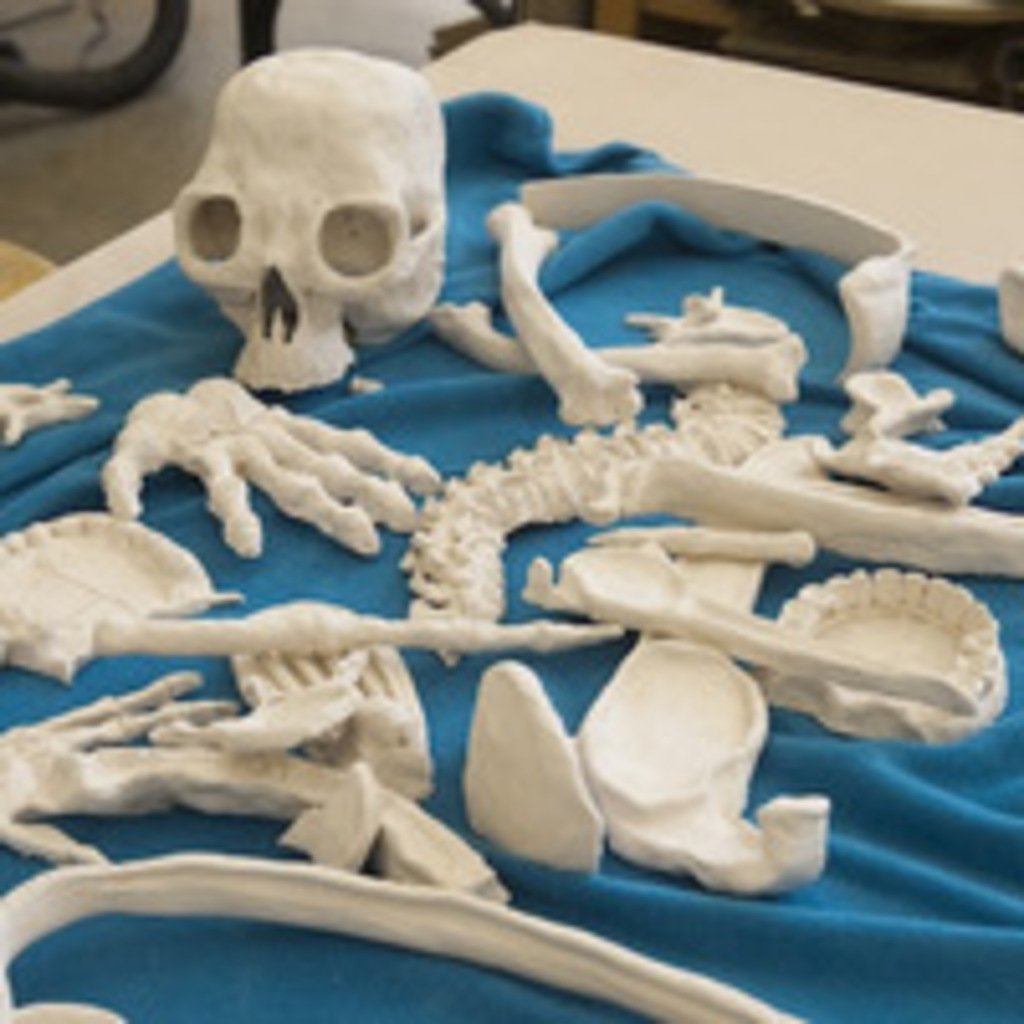 Ayub is living in Colorado now, but his life story began in Somalia. At 5 years old, Ayub was kidnapped and taken to a militia camp and trained to be a solider and kill. Ayub was able to maintain a level of sanity and determination to survive that most of us would not have been able to do. “This is not my way to live. I don’t want to do this”, are the words Ayub would repeat to himself. He spent 3 years in this camp until he and others stole the guns they were given to kill as a means to escape. Not all the young boys survived. Ayub was able to hide in a restaurant of a nearby town, with the help of the owner of that restaurant. He worked for several months to get enough money to get out and get back to his home. Upon returning home his own mother did not recognize him. “The good thing is that my dad did” Ayub explains, “I was happy to find my family again”. It took Ayub and his family a total of 9 years, from refugee camp to the next refugee camp to escape the horrors. Ayub’s father died saving his family. 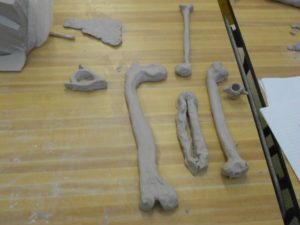 This artistic expression, activist art, and peaceful protest are just as important to Jemima who lost both her parents. This project has helped her find a positive approach to the horrific memories and anger she carries with her of her past. “Make bones not revenge” is the statement that Jemima is living by. For so many years Jemima wanted to return to her country to kill those who murdered her family. The lesson in this project is that anyone can make a difference; we all can make a choice to do the right thing for humanity.

The mission of One Million Bones is simply stated: One Million Bones is a collaborative art installation designed to recognize the millions of victims and survivors who have been killed or displaced by ongoing genocides and humanitarian crises in Sudan, Democratic Republic of the Congo, Somalia, and Burma. Our mission is to create a visual art movement that will increase global awareness of these crises as well as critical funds needed to protect and aid vulnerable survivors. Students, artists, educators, and volunteers around our nation are making bones symbolizing our shared humanity, equality, and solidarity with victims of genocide. It’s a peaceful installation project based out of Albuquerque, NM. 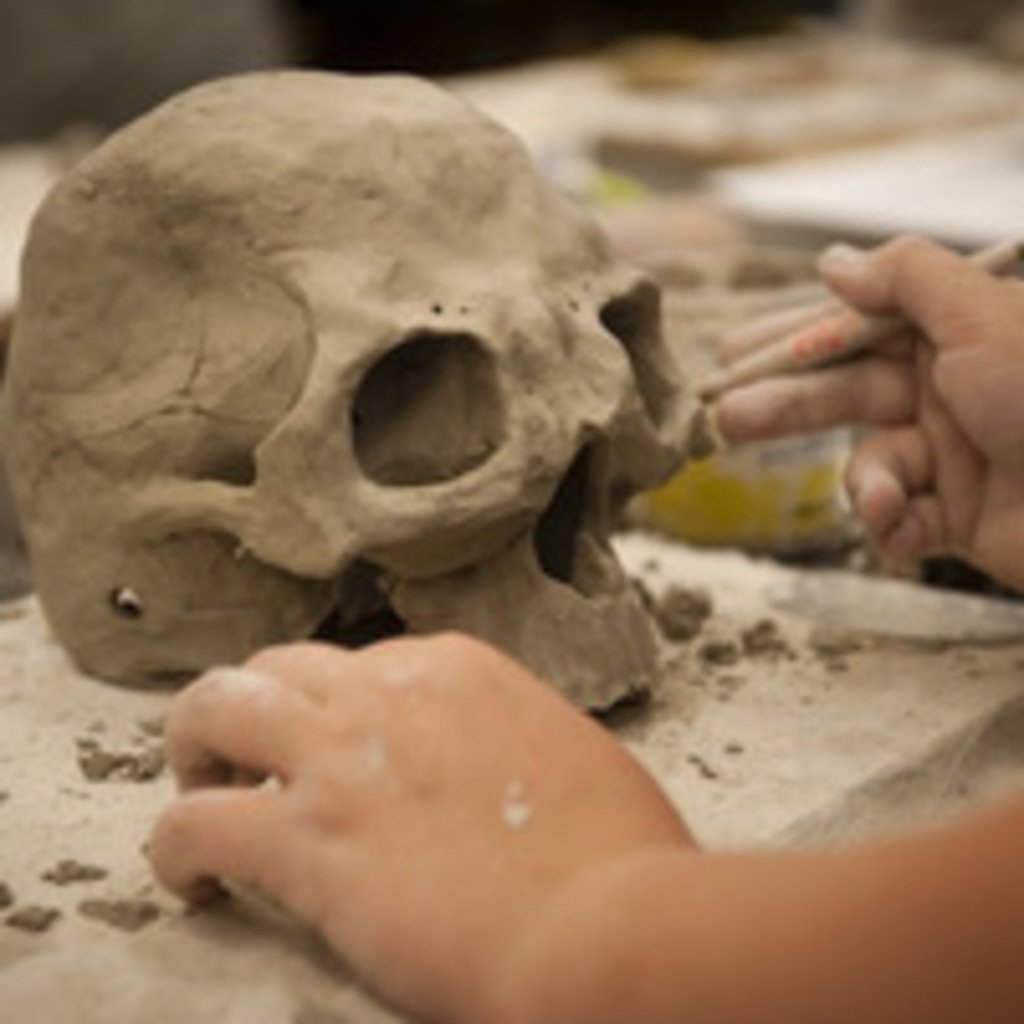 Rodeo Market Gallery will be hosting bone making and creating a short film to be used as part of a documentary, tonight, Friday, November 16th from 4pm-8pm. Also on Saturday, November 29th the students of P.R.E.P. Academy will be presenting the bone installation, and Saturday, January 12th , Rodeo Market Gallery will host the Open High School Art Show and will also be hosting the reception for One Million Bone installation. Please visit the gallery  website below for more information.

Please visit www.OneMillionBones.org to find out more about the project. Rodeo Market Gallery is located at 3915 S. 73rd Avenue, Westminster, CO 80030, 303.501.0924,  www.SouthWestArtsGroup.com. At least 7,000 handmade bones from Colorado will contribute to the installation in Washington D.C.