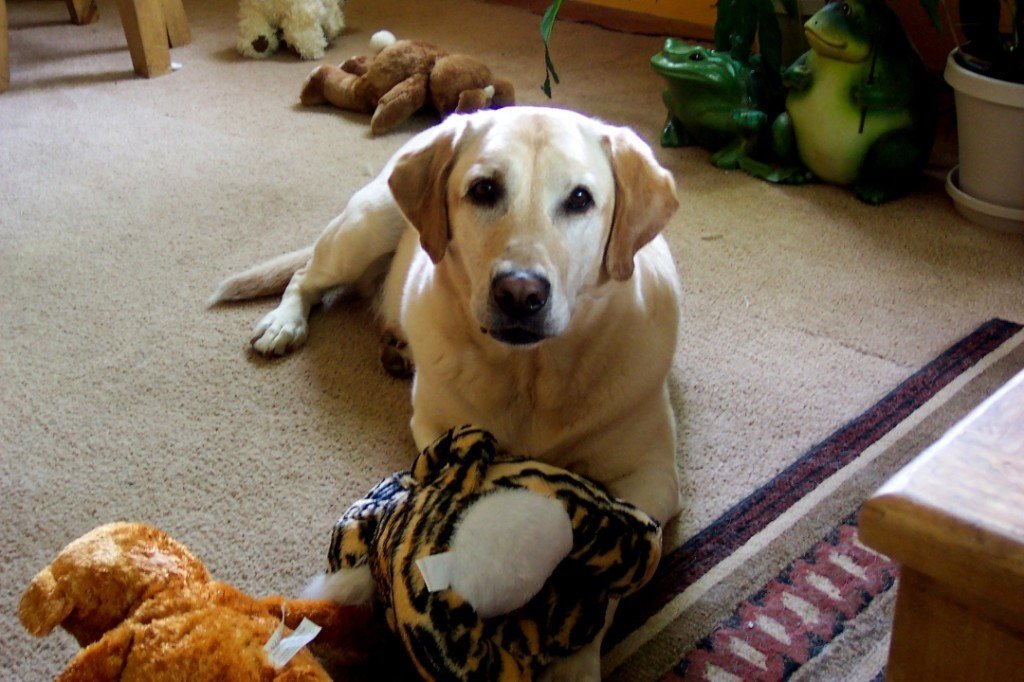 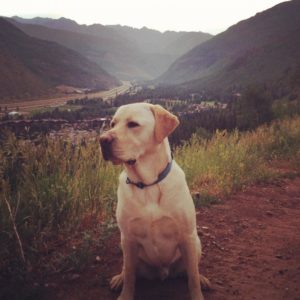 No mother ever wants to hear the words, “Your child is sick,” (so I’ve heard from my mother), and while I don’t have any children of the biped variety, I can assure you the words stop you in your tracks just as quickly when referring to a beloved pet. Such as the case one year ago when suddenly our handsome, blonde (canine) son, Crosby, was unable to walk and having a seizure at the top of my parent’s basement steps. Just a few months later after numerous blood tests and enough reoccurring seizures proved not to be just a freak, isolated incident, he was diagnosed with canine epilepsy. Yes, it exists.

November is National Epilepsy Awareness Month, and while the tendency of most journalists – I write about celebrities, fashion trends and as of this moment, canine illness – might focus a piece on humans for which the dedicated awareness month was created, and e-mail from a stranger inspired me to do otherwise.

“I have a great story that I think would go great in your magazine,” Brenda Halverson said in pitch e-mail to me. “My rescued lab, from Denver, has canine epilepsy and we have made it our mission to bring awareness of his story since National Epilepsy Awareness month is in November,” she continued.

“It’s kismet,” I thought.  What are the chances I would receive such an e-mail at the very moment I was looking for support and to expand my own knowledge about the disease with which my dog would have to live. In the sea of pitch e-mails from publicists trying to place their clients, this was something I could get behind. This story gave me hope that my dog could live a healthy, happy and LONG life. This is Riley’s story.

In 2007, after looking at hundreds of pictures of adoptable dogs online, I came across a photo of Riley and it was love at first sight. I felt an instant connection and I knew right then that he was the dog for me; I set up a meeting to go see him a half-hour away in a mountain community.  I was told that this precious dog, a 2-year-old Lab, had been dumped out of his former caregiver’s car on the highway and left to fend for himself. Scared, confused, alone, and dodging traffic, he was finally caught by the State Patrol.

A month after rescuing him I took him to watch a local baseball game. While at the game he began feeling sick—he lost control of his bowels and started throwing up. Immediately after, he dropped to the ground and began to seizure. At that point in time I knew nothing about epilepsy and panicked that my beautiful boy was dying. In tears and praying that he would not die, I was approached by some other people attending the game who came over to give assistance.

I was told to put ice on his feet to cool him down and to try and calm him. I remember feeling so helpless and confused: What was wrong with my boy? After getting him back to the car I knew he had to see a vet immediately.

The vet diagnosed Riley with canine epilepsy, and said he would not need to be on medication unless the seizures became more frequent. This diagnosis was not something I was prepared for—despite growing up with dogs all my life, I never knew about or experienced canine epilepsy.

Riley began to have seizures once every few months, and over time they became more frequent. I could always tell a seizure was coming on because no matter where he was he would lower his body close to the ground and scurry across the floor as fast as he could to wherever I was before dropping at my feet. Every time he would have a seizure I would feel sick to my stomach and pray over and over for him to please come out of it. I feared he would die or have permanent damage to his organs or brain if he stayed in a seizure condition. His loyalty, love, and faith always prevailed; he knew that I would always be there to comfort him through the entire ordeal, and that I would be there when he regained his composure and the seizure commenced.

About 2 years after Riley was diagnosed with epilepsy the severity of his seizures changed. Late one night, right before going to bed, Riley began to seizure again. But it wasn’t like his previous seizures—he came out of it, only to start seizing again a few minutes later. He would recover, and then again, after a few minutes passed, he would seizure again. This went on every 10 minutes for 2 hours. The seizures would not stop and I knew it was time to take him to the emergency veterinary clinic.

I could not lift him by myself so I tried to go get my son to help. However, every time I tried to leave to go get him, Riley would take every last ounce of strength he had to try and follow me. I finally got my son to wake up and come upstairs at which time he carried Riley out to the car and drove us to the emergency clinic. Riley had another seizure in the car, and when a clinic staff member came to ask if he could walk, he seizured again.  A mobile table was brought out to transport him inside so he could receive immediate treatment through an IV.

After I filled out paperwork a vet tech asked me that question you never prepare yourself for: Do you want us to try and save him if he dies? I was overwhelmed with the severity of the situation and responded, “Of course, do whatever it takes.” There was no question about it. I was not going to lose my boy.

Once they had the seizures under control and Riley was able to walk around, they let me go back and see him. He was so excited, wagging his tail and clearly showing that he was more than ready to go home. What he didn’t know was that he had to be on 24-hour watch so they could give him the medications he needed and monitor his seizure activity. As I walked away from him after telling him goodbye and that I’d see him tomorrow, Riley, the dog that never whined, knew something was amiss and began to cry for me to come back. Aside from going to work I’d never been away from him for any significant length of time, and it pained me that he felt he was being abandoned. His cries broke my heart!

I called throughout the next day to check on him and could not wait to get him home. He did come home, and I was told that he had to be put on Phenobarbital for the rest of his life. The Phenobarbital worked great for him, and his seizures were cut down to one per year. In December 2011, however, Riley had three seizures in one week and his dosage was increased. 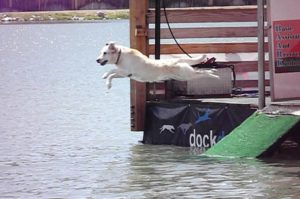 Seizures are the most common neurological problem in dogs with approximately 5% affected. Some breeds of dogs are predisposed to this, Labs being one of them. In the past, if a dog had a neurological condition they would simply be put down, but today, we are learning how to work with dogs with challenges so that they can still lead full lives.

Riley and I have made it our mission to spread awareness about canine epilepsy and educate those pet parents with epileptic dogs. We want to help provide others with information that will help them understand why their dog has seizures, what dietary and nutritional guidelines will help minimize seizures, what medications to consider, what to do during a seizure, how to stay safe, what alternative and holistic methods are available, how to create a logbook, etc. We want to show people that their dogs can live normal, active lives even with canine epilepsy, and that the condition shouldn’t be considered a handicap. People may not be able to eliminate canine epilepsy, but they can learn to manage it.

Brenda Halverson has dedicated herself to spreading awareness about canine epilepsy and other canine neurological disorders. She is also the owner of Pawsitively Elegant, a high-end pet décor boutique.