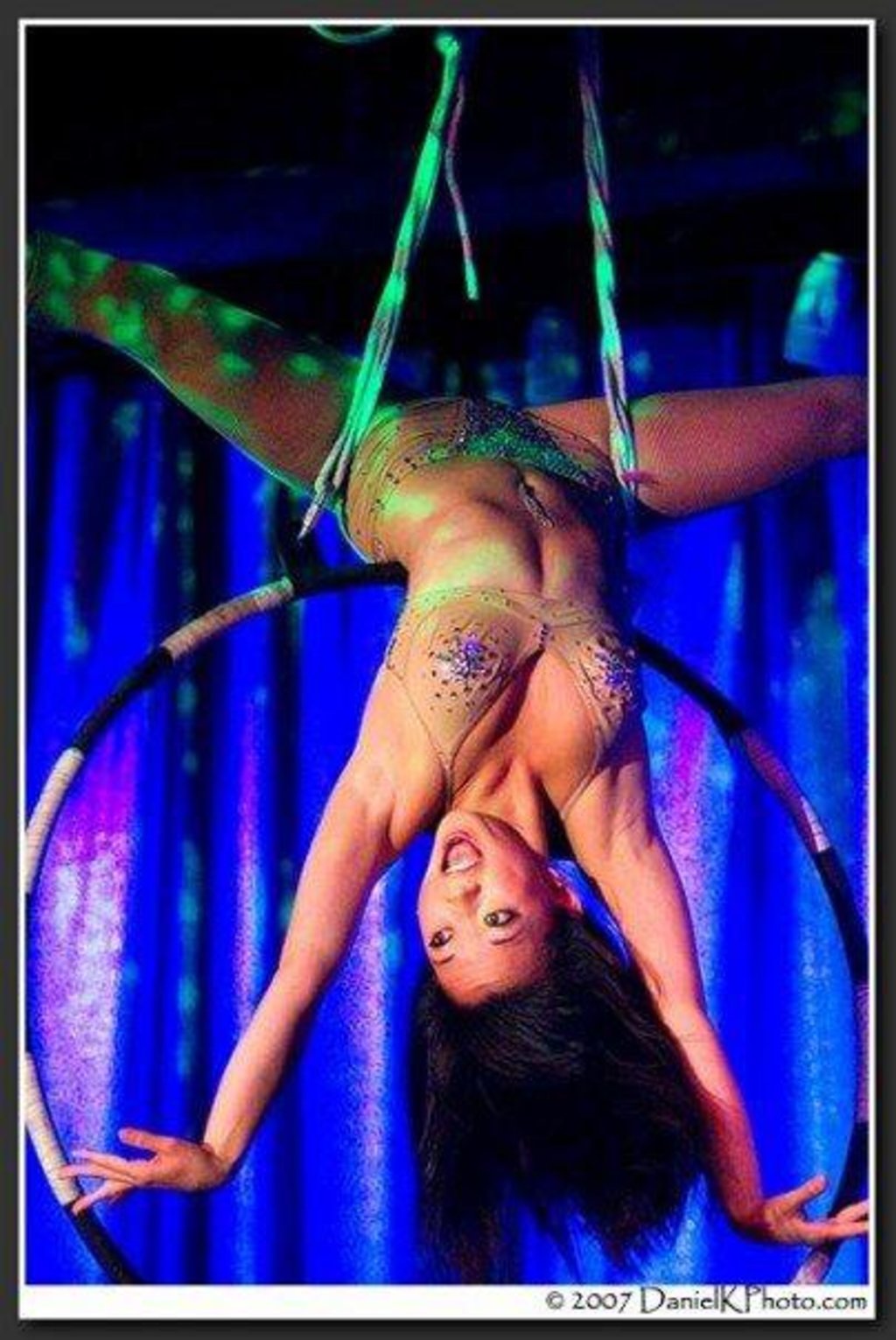 Midnite Martini’s Sexy Circus Sideshow has officially hit its stride. The local burlesque and aerial performer has been booking and producing the late night Friday show for a couple of years now. She even used to tag team hosting duties, but doing double duty—as both performer and host—was probably stretching herself too thin. Martini is a physical performer first and foremost. She “sexcels” at both aerial and burlesque. No need to half-ass something you’re merely passable at when it saps energy from your true passion.

Martini has always been the star, but her cast has never been stronger. New hosts Warren and Reid—known collectively as Smirk—had trouble with a few tricks last night, but still capably carried the transitions. Plus, the feats that went smoothly were impressive—one a choreographed juggling collaboration and the other involving popping a balloon with a glow-in-the-dark nose dart (a stunt Warren performed for Letterman’s “Stupid Human Tricks” segment last year). Every other act was practically flawless. Alexis Scissorlegs does burlesque on stilts. Lo-Lo Flamingo, Warren’s wife, juggled while removing her clothes, then tossed her top into the mix with the balls. Chalita Bang Bang did a fantastic feather fan dance as a bearded lady, then she and Shotza Ouzo played Oompa Loompas getting dirty to dubstep. Aside from the occasionally bumbling hosts (chalk it up as part of their shtick), there was not a weak link. Midnite shined bright as always. Will the novelty of a hot Asian in a blonde wig ever wear off?

From stilts to silks, Midnite Martini’s Sexy Circus Sideshow is a spectacle worth imbibing.