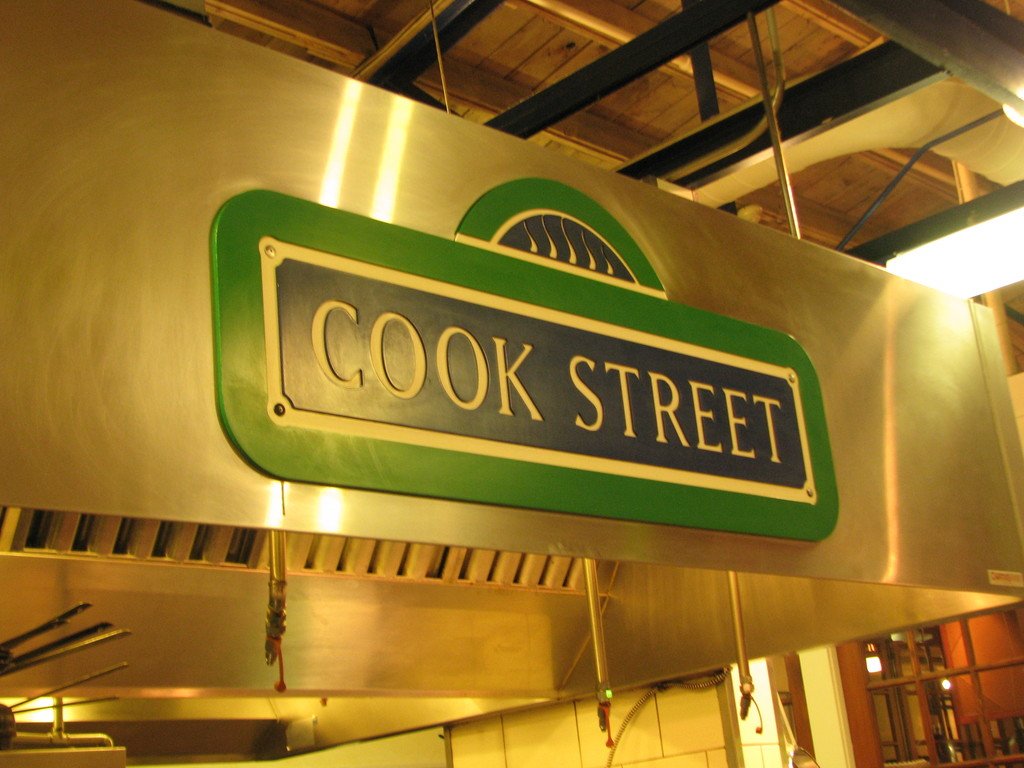 Last Thursday I had the fortunate pleasure of spending one night in Rome. Or rather I spent the evening in LoDo attending a “One Night in Rome” cooking class at Cook Street. Cook Street is a professional culinary school by day and their professional chefs offer recreational cooking classes to the public in the evenings and on weekends. Now I love to cook at home, but this mostly just entails me experimenting, throwing things into a pan and hoping for the best. I had never taken a cooking class before and I don’t really have technical skills and know-how in the kitchen so I was very excited to get to spend a few hours at Cook Street, and at the same time hoping I would be able to keep up. My lack of experience was not a problem though and by the end of the night Cook Street had exceeded all my expectations. 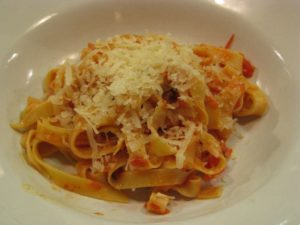 The class took place in Cook Street’s beautiful professional kitchen and we were guided through the culinary experience by two fantastic chefs, Erin and Sydney. The best part about a class at Cook Street is that you get to eat what you cook, and then some. Our first course was Pasta Al’ Amatriciana. I never thought that I would be making pasta by hand, but there I was mixing the dough, kneading it, rolling it out, and making little noodles that were oh so tender and tasty if I may say so myself. One thing that really impressed me was that throughout the evening, not only did Chef Erin and Chef Sydney demonstrate how to do things, but they explained the food science behind why the dough had to be kneaded in such a way, or something folded rather than mixed, or this ingredient added before that ingredient. I had expected to learn how to cook some food, but I was quite pleasantly surprised to learn all the “whys” behind it. The chefs also shared lots of general cooking tips that are applicable to making all kinds of dishes. 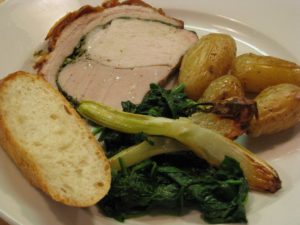 Our main course for the evening was Porchetta with sauteed spinach with fennel and roasted fingerling potatoes. Now this class was three and a half hours long. Porchetta is basically pork wrapped in pork that is baked in the oven for three or four hours. So to cook all of the food for this meal ourselves in the time we had would have been impossible. But at Cook Street they most certainly do not want you to go home hungry for more cooking knowledge. So Chef Erin gave us a rundown of how this delectable dish is made then whipped out the one she had put in the oven a few hours ago and all of us students proceeded to feast on it. Oh and did I mention the other best thing about taking a class at Cook Street? We were served wine with each course. A lovely fresh white with the pasta and a rustic red with the pork and veggies. 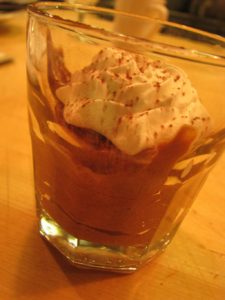 Once the main course had disappeared, we were delighted with the dessert we had made earlier that had been cooling off in the fridge, Gianduja mousse. Basically this was heaven in a cup; melted hazelnut chocolate and butter, mixed with custard, mixed with meringue, mixed with whipped cream, all made from scratch. As Chef Sydney put it, this stuff is “light on the lips, not on the hips.” Another great thing about the class (or maybe not so great when it comes to the mousse, depending how you look at it) is that we were given recipes for all of the dishes we had so now I can make these things at home to show off to my friends, or just eat it all myself.

Cook Street has an appetizing lineup of recreational courses for this fall including evenings focused on food from different countries or regions, or specific cooking skills like pasta or bread making. If you’re someone who loves cooking or eating (I’m pretty sure that’s everybody) you can definitely find something at Cook Street that will trip your trigger. A lot people were there taking the class with their significant other, groups of friends, or family from out of town, and even if you go alone the whole experience is simply loads of fun. So if you are looking for a cool out of the routine activity to do, I would highly recommend checking out a class at Cook Street.