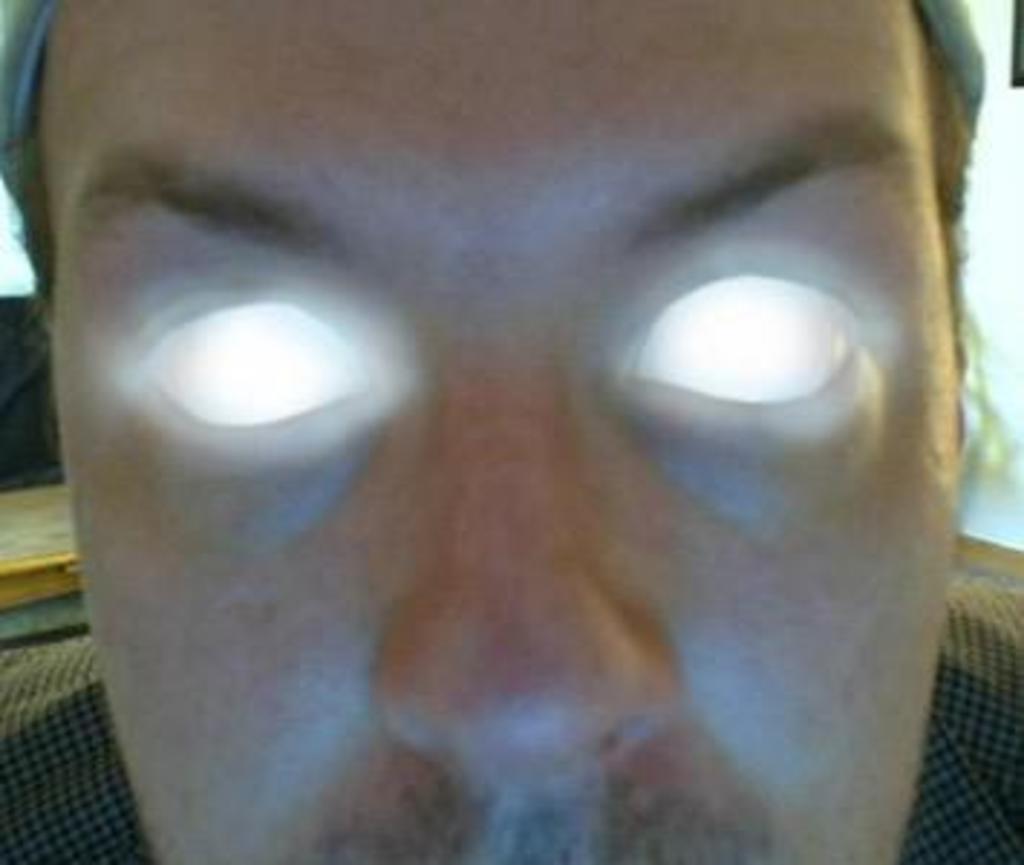 Taking a Knee with 303: John Cheese

Before Peyton Manning donned a Bronco’s orange and blue uniform, before they drafted, started, and then traded Tim Tebow, before anybody even imagined that John Elway was about to put the finishing touches on his career and lead the Broncos to back-to-back championships, Homer Simpson confessed his dream to one day own an NFL franchise. He dreamed of owning the Dallas Cowboys, and was disappointed when his boss, supervillian Hank Scorpio, gave him the Denver Broncos instead. If I had the chance to talk football with any fictional character, asking Homer about the Broncos would have to be at the top of my list. Has Homer reconsidered his resentment toward them, now that they maintain a considerably higher stature? And what was Scorpio thinking? Was he planning on keeping the Cowboys himself, knowing that they’re the most evil team in the NFL? More on that below.

What would you do, if you could hang out with any fictional character? Would you play 18 holes with Happy Gilmore, or go bowling with “The Dude” Jeffrey Lebowski? Talk car racing with Ricky Bobby, or Yankees baseball with George Costanza? You might dig racing across the country in a stolen ’49 Hudson with Sal Paradise and Dean Moriarty for company, a ballgame on the radio if you can’t find jazz. If flying on a broomstick doesn’t scare you, there’s backyard quidditch with Harry Potter or Viktor Krum. And if this action sounds too intense, then you can try relaxing in front of a TV watching blernsball–baseball’s jazzed-up future progeny–with Bender and Philip J. Fry. If we can’t cross imagination with reality–not yet–there’s a next best thing: 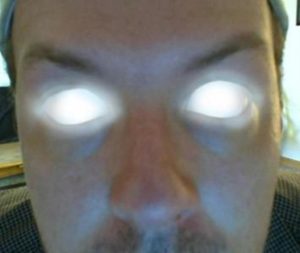 This week I spoke with the guy the titular John is based on, out of the the incredibly funny John Dies at the End, John Cheese. When not starring in David Wong novels, John’s day job is writing comedy-based non-fiction articles at Cracked.com. He’s known for his sometimes startling honesty, as well as his ability to find humor in any topic, from video games to celebrity culture to his background growing up in an abusive family, and his desire to forgo making the same mistakes with his kids. He also documented his battle to overcome alcoholism and smoking addiction on his YouTube vlog, which inspired a massive response from readers sharing their own similar stories.

John told me he hasn’t been watching much football this season, which makes me glad I got to ask him a few questions toward the end of the last one. We talked about Madden, where football fits in with his family and his battle with alcoholism, and the Dallas Cowboys as the most evil team in the NFL. Football will always be there every fall, though your life may ebb and flow around it, and I know he’ll one day be an active football fan again, and the Cowboys still will be evil when he does. Some things never change.

I understand you live in Illinois and you’re a Bears fan. Do you remember how you became a Bears fan? Do you have any thoughts about the team’s chances moving forward?

Most of my family have been Bears fans for as long as I can remember. Here in Illinois, especially the South Central region, we’re torn between Chicago and St. Louis on sports teams. Traitors cheer for Indy. I’m one who goes for Chicago during football season, St. Louis during baseball season, and back to Chicago for basketball.

As far as the Bears moving forward, they’ve kept me baffled for years in that area. Some years, they sprint out of the gates completely dominating and then fall apart in the mid/late season. Other years, they suck right off the bat and then come back in ways nobody ever expected. One year, it’s because they have a great defense, but no offense. Two years later, it’s the opposite.

But what I do know is that after the spree of injuries they’ve suffered this year, I’m not entirely sure they can shake that off next season, and the reason is Jay Cutler. After hurting his thumb, they decided to put a pin in it so he could jump back in and finish the season, and that just seems goofy to me. Why risk, on a longshot season, permanently injuring one of the game’s great players? Not just for a season, but for life?

But if they can keep healthy, I believe they have a real shot at becoming a historic team.

You’ve written about your successful battle with alcohol addiction. I imagine you used to drink while watching football. Has sobriety changed the way you view the game?

I definitely don’t scream at the TV as much. And I’ll be honest with you, if I’m having a day where I’m having cravings for beer, I can’t watch football at all. There are so many ads for booze in an average football game, that I just can’t be around the temptation.

But watching sober, I definitely see the game as more chess than checkers. Watching a safety come out of nowhere and flatten a quarterback is one of my favorite things about the game. When I was drinking, I just saw a mass of dudes swarming on a ball. Watching sober, I can see the subtle changes in plays and actually know why the flag was thrown before the ref calls the penalty.

Is spectator football popular in the comedy writing crowd or at cracked.com? What other writers do you know that are fans?

I haven’t talked to too many other writers about sports, but I do catch some Tweets here and there from other writers. Soren Bowie is a football fan (Broncos). Probably the biggest fan of football I know (inside or outside the comedy circle) is David Wong. The guy knows his shit. And I mean REALLY knows his shit. Names, stats, plays, contracts, news. It’s one of his favorite pastimes. Where as I see football as a game of chess, he sees the molecular structure that makes up the individual pieces — the chemical bonds that form the board. The electrical impulses in the players’ brains that dictate the hand motions that slide the pawns.

Are your kids football fans as well?

My oldest son claims to be a Patriots fan, but he’s claiming this because he heard his grandfather talking about them one day, and decided to adopt that himself. The truth is, we don’t watch football together very often, and none of my kids could tell you the most basic rules of the game beyond what Madden has taught them on the X-Box.

Does playing Madden teach you about football, or does watching football teach you how to play Madden?

A little of both, in my experience. I’ve learned some oddball ins and outs of the game by playing Madden. For instance, if you turn off all of the penalties, as long as you don’t bump the opposing side while doing it, you can walk around the line before the snap, stand right in front of the quarterback, and pummel the living shit out of him right when he takes the snap. It turns out they frown on that sort of thing in the NFL.

Madden is really good about teaching you what the plays are and what they do. They’re more about the science of the game. Whereas the real NFL teaches you about the mind games. And how a real human reacts physically and mentally after being slammed to the ground by a 300 pound man, repeatedly, for an hour. And why timeouts are important, and why you can’t just “go for it” on 4th and long.

One definitely teaches about the other — just in two different ways. 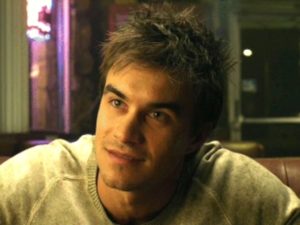 You wrote an article called The Top 10 Celebrity Sex Videos Nobody Wanted to See. Would you want to see a Tim Tebow sex video, even if it was only to find out whether or not he’s a virgin?

If I can get a good article out of it, there’s not much I wouldn’t subject myself to. But seeing a 230 pound man awkwardly flopping around on top of some poor woman for 15 seconds would be funny on its own. Hell, I’d not only watch that, I’d film it.

Who is the “John’s penis” of football teams?

Ironically, the Packers. God, that name fits a little too perfectly for that question. As a Chicago fan, I have a sworn duty to hate them, but I have to give credit where credit is due: those guys are fucking tough. And the players are commercially viable outside of the game. They’re truly interesting guys who have mass public appeal. They really are fun to watch, even if they’re not my team.

Do your fans wear John Cheeseheads?

Believe it or not, I used to have a few fans back in the day who did. But back then, my fan base wasn’t nearly as big as it is right now. The biggest claim to fame we had back in those days (we’re talking somewhere around 1997 to 1999) were a few hit and miss people wearing them on Monday Night Raw and/or Monday Night Nitro, with “John Cheese is God” signs. Man, those were the days.

Who do you think would win in a real-life match-up between the best black players vs. the best white players?

That would mean putting Devin Hester on the field, in which case we’d never see the black team’s offense.

One of my favorite concepts in John Dies at the End is the idea that shadow people can not only kill someone but erase them from the memories of everybody else still living. Do you think this has happened in football’s past? What things do you think might have actually happened and been erased?

I like to imagine a past where John Madden was well spoken and made sense. But try as I might, when I try to think about that, my mind goes kind of fuzzy.

Who is the most evil team in football? It’s the Dallas Cowboys, isn’t it?

John, his finger, and brownies.

John Cheese is the alter ego of Mack Leighty. He has an open invitation for further interviews. For more information go to http://johncheesecracked.tumblr.com/post/15519492485/open-invitation-for-interviews. His Cracked.com articles can be found at http://www.cracked.com/blog/author/John+Cheese/, his youtube channel is at http://www.youtube.com/user/juvenilecomedy, and you can follow him on twitter @johncheese.

This interview was originally published on January 7, 2012, in The Warren Peace NFL Report at http://fuckitimgoingdeep.wordpress.com/2012/01/07/11-questions-with-john-cheese/. I’d like to thank him for providing permission to reprint it.

Pete is a Redskins fan living in Bronco country. He’s co-founder of the Team Tomorrow ski and snowboard team, and a guy at the bar last Sunday told him, “you know a lot about football for a weirdo.” He is also HEAD writer for the Warren Peace NFL Report. Follow Pete on twitter @TakingaKnee303