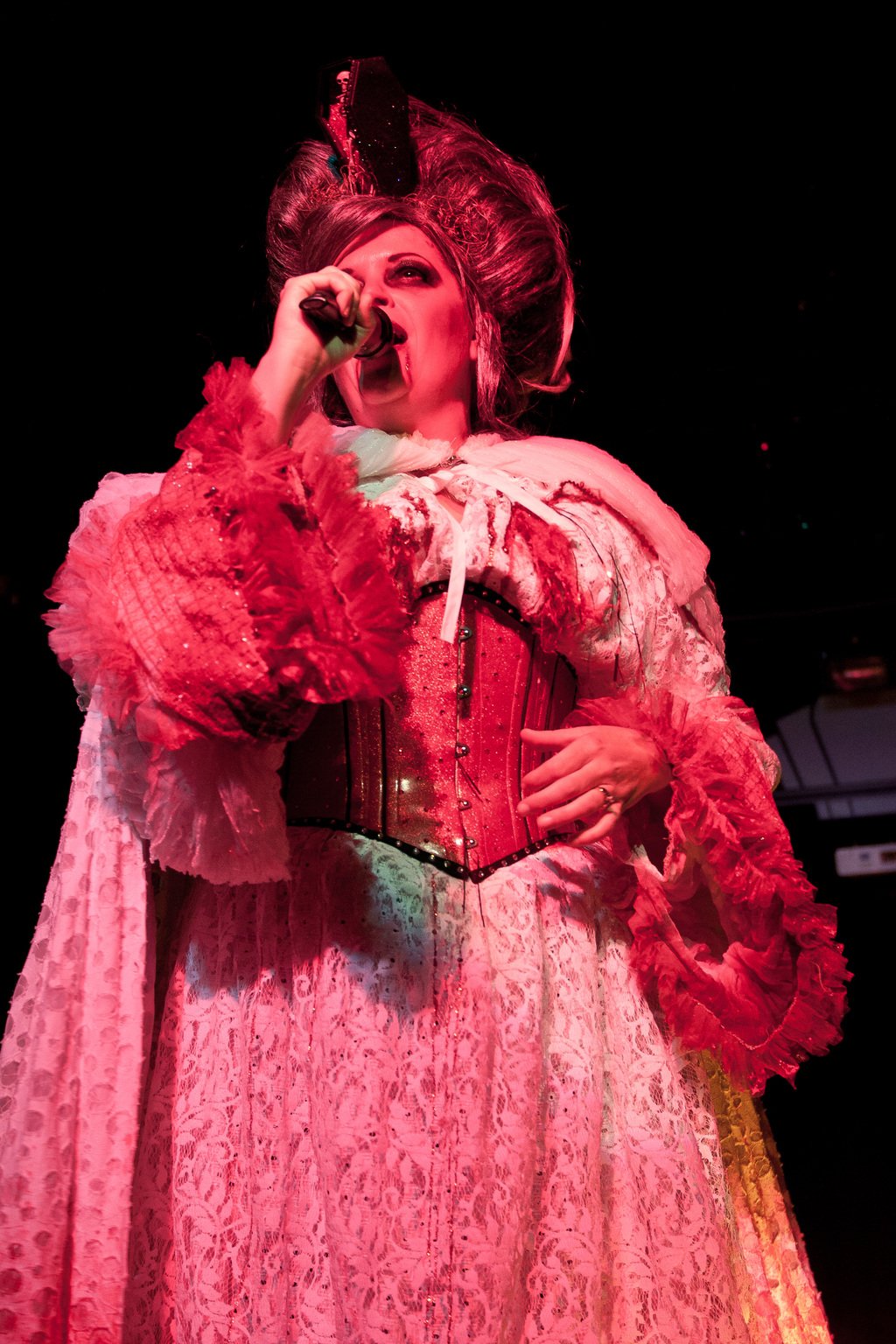 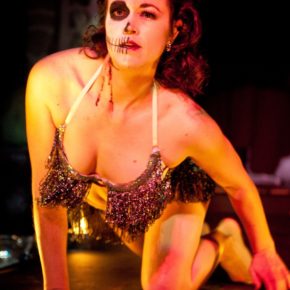 “Are you ready to see some stripping Zombies?!” Cora Vette, producer and host of Black Box Burlesque and owner/creative manager of VaVaVette, probed the audience. There was excitement in the air as everyone grew eager to see the zombie gals. “It’s gonna get fucking weird.” And boy, did it.

This was the third annual Zombielesque show for Cora and the girls, and the second year at the venue, Bar Standard. Adorned in a white dress with red vinyl corset and a white cloak with the sleeves and hem drenched in blood, Cora Vette opened the show with her rendition of Evanescence’s “Bring Me to Life,” setting the tone for the evening while showing off her Broadway vocals, one of her many talents.

The highlight of the show had to be the memorable opening of the second act, as Cherry Pop Pop Poppins bathed in blood in an open coffin, using a sponge to lather her legs, back and chest. Something you’d see in an episode of Dexter. Best part? These are real women; voluptuous and curvy, not some science experiment from the hills of L.A. They knew how to draw the audience in and worked the hell out of it.