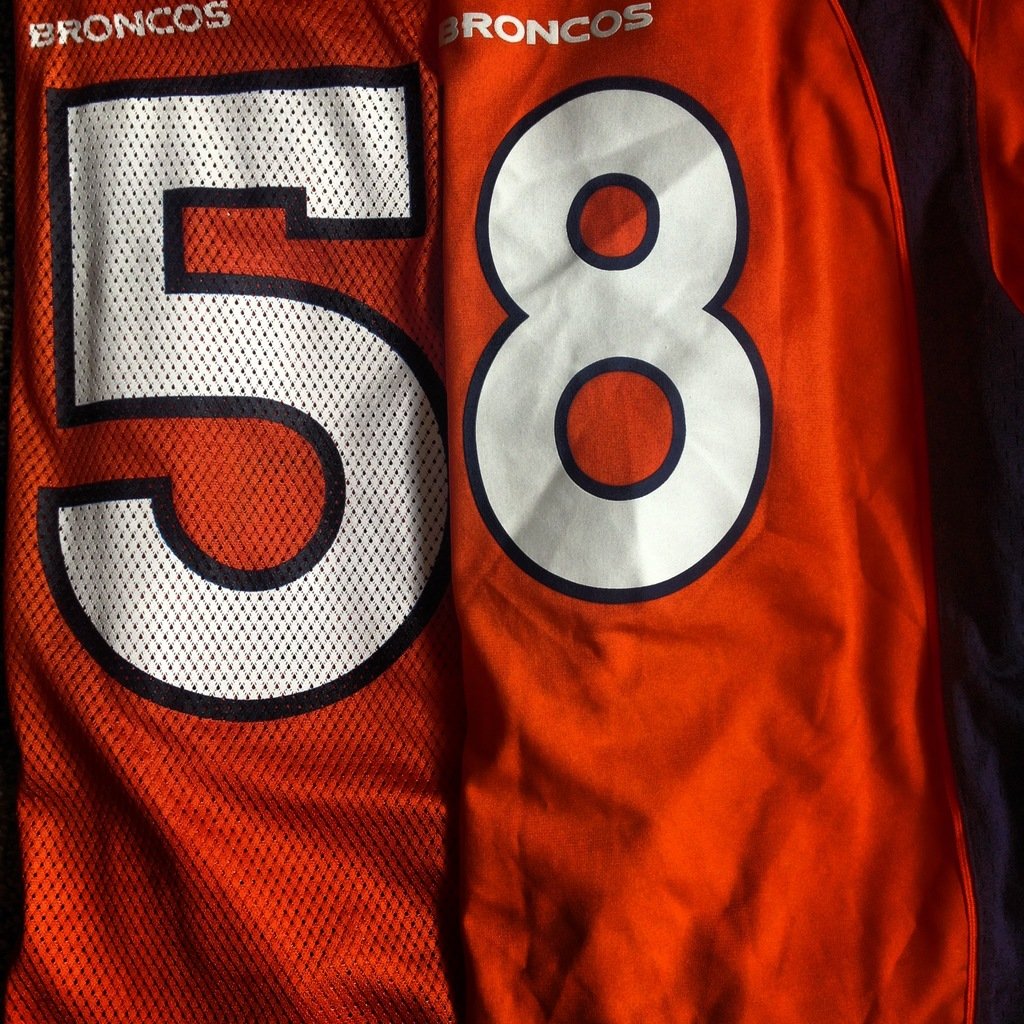 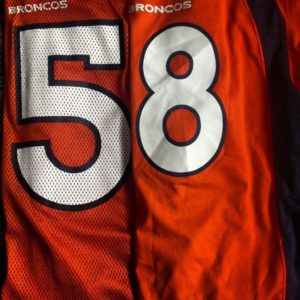 Certain NFL players have treated us to outstanding celebrations.

Terrell Owens pulling out a sharpie and signing the ball, Joe Horn whipping out his cell phone then fake calling someone, and everything Chad Johnson/Ochocinco created so much buzz Sportscenter still references them.We love a good celebration. Hell, a fair amount of the time the celebration excites the audience more than the actual play.  However, since NFL commissioner Rodger Goodell upped the penalties and started heavily fining in 2006, players have had to find new ways of expressing themselves.

When Denver drafted Von Miller with the second overall pick in the 2011 draft out of Texas A&M, we knew we were getting a dynamic pass rushing linebacker who enjoys snapback hats and thick framed glasses. However, on Sept. 18, 2011, Von got his first sack on Cincinnati quarterback Andy Dalton then gave us the ole plus one. An unexpected celebration as he broke out the “eating greedy” celebration, which according to Miller simulates feasting with both hands, elbows on the table, big steaks, lobster bisque…the finer things.

Last season, we also saw a fair amount of the classic Tebowing from Miller who was one of the biggest advocates of the celebration.  So far this season, Miller broke out the Tricky Dick/Funky Chicken after a sack on Ben Roethlisberger then broke out this number after tossing Matt Ryan to the turf.  I don’t know what it’s called but please sir, I’d like some more.

Recently, Miller worked with choreographers Laurieann Gibson (Nicki Minaj’s creative director) and Dave Scott (“So You Think You Can Dance”) to develop a signature sack dance. Using Wiz Khalifa’s Work Hard Play Hard to get the rhythm right, the trio came up with these moves.  The gig has yet to be named but every time Miller breaks out his sack dance on the field, Ubisoft, developers of the Hip Hop Dance Experience video game, donates to his charity Von’s Vision, which helps pay for glasses, contacts, and Lasik surgery for children.

His six sack dances this year have set the bar pretty high.  Looking forward to seeing some of Von’s new moves Sunday night as the Broncos take on the New Orleans Saints.

What is your favorite Miller Time sack celebration??