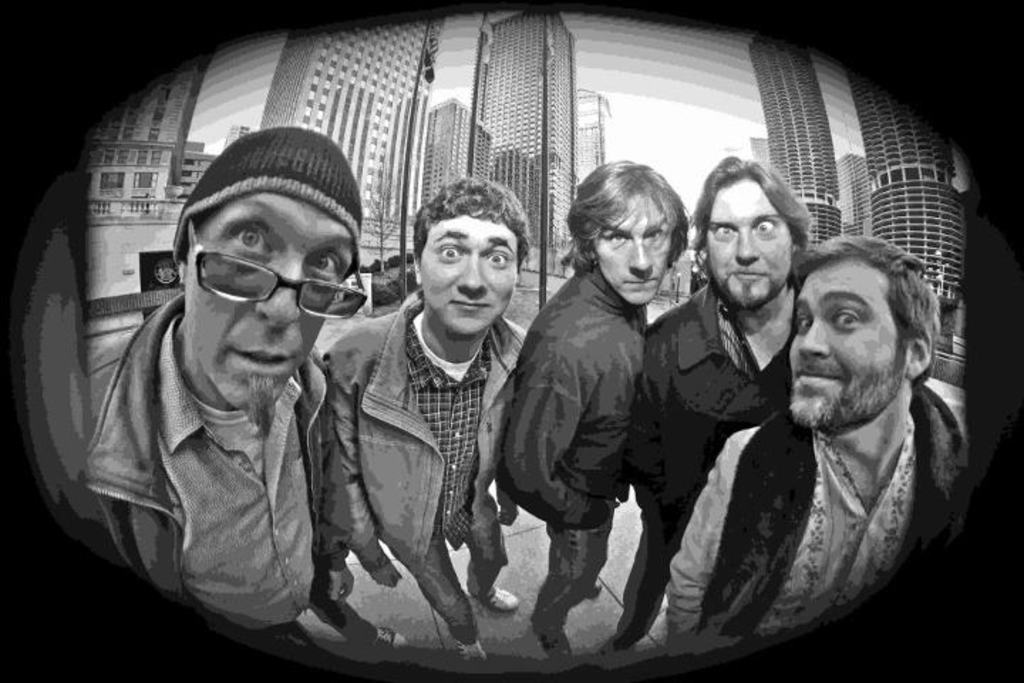 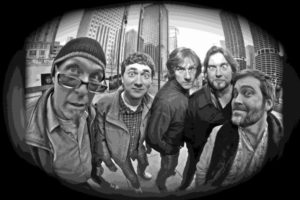 This summer has been a whirlwind for Denver-based band, Oakhurst, who recently concluded their longest tour to date. Despite witnessing the widespread drought and economic crisis across the U.S. and saying farewell to their longtime tour bus, Oakhurst turned trials into tribulations, playing strings of shows this summer that were packed to the brim with fans. The five-piece brought their upbeat, rip-roaring blend of Americana, rock ‘n’ roll and bluegrass to cities across the nation, and will play their last show of the year tonight at Cervantes’ Other Side.

The show tonight is also a fundraiser for School Rocks!, a non-profit organization dedicated to bringing music programs to public schools. After Adam Hill (lead singer and guitarist), learned his son’s school, Asbury Elementary School, lost their music program, Oakhurst decided to team up with School Rocks! to raise awareness about the benefits of music programs in schools. Tonight, Oakhurst and School Rocks! are offering fans the opportunity to donate instruments, time and/or money to School Rocks!

303 Magazine chatted with the band’s bassist, Johnny James Qualley, to discuss touring, lineup changes and what the future holds for Oakhurst.

303 Magazine: Oakhurst has gone through a few lineup changes over the past 12 years you have been together, but the sound and spirit of the band has stayed the same. How have you been able to keep Oakhurst’s identity in tact despite gaining and losing members?

Johnny James Qualley: Oakhurst has managed to maintain its central identity over the years through the years by keeping the music honest, rootsy, and solidly American. Adam [lead singer/songwriter] writes meaningful lyrics about the American condition, about family and fatherhood, about whisky and beer. His appealing songwriting style has kept Oakhurst fans coming back for more, even through lineup changes and a progressive change from bluegrass to Americana and rock ‘n’ roll.

Bluegrass is a timeless sound, but Oakhurst offers listeners a very modern take on the genre. What is your creative process like for creating your specific sound?

Much of Oakhurst’s songwriting is collaborative, and although Adam is the lead songwriter for much of our material, we all offer input to craft our unique style. While some members steeped in the bluegrass tradition, all of us draw from multiple musical wellsprings, including classic rock, blues, jazz, folk, and traditional music.

You concluded your longest tour to date in July before stopping back in Colorado for a while. What was touring like this summer?

Summer tour was full of both fun and difficult times. We were without The Oak Horse, for starters. Summer tour was interesting as we were able to see firsthand the effects of the massive drought affecting the United States right now. We saw burnt up cornfields, dried up lakes, and “for sale” signs in much of rural America. Getting to travel the open road every day is a great way to gauge the landscape, both physical and spiritual, of the American countryside.

For fans who don’t know, what is the Oak Horse and why is she not with you during this tour?

The Oak Horse is a 1972 MCI Detroit diesel autobus, formerly owned and operated by Greyhound, then by a touring band out of Ohio called the Sleek Brothers, and finally owned for the last five years by Oakhurst. The Oak Horse ran on a waste vegetable oil (WVO) fuel system and we spent most nights in the bunk room of the bus. The bus died in 108 degree heat in southern Missouri back on June 30th, one day before her 40th birthday.

You recently played with your friends, The Congress, in Ohio. What is it like playing with them and what other Denver bands are you fans of?

It is always nice to get on the road with other Denver bands and promote the outstanding music scene that we have here. The Congress have a great rock sound, reminiscent of some of the classic rock and roll bands from the 70s. Introducing them to our fans out in Ohio was really special for us, as we consider them to be among the future torchbearers of the Colorado scene. We are always supportive of Denver bands getting on the road.

What it’s like being part of CO’s music scene. What makes CO such a great place to hear, see and perform live music?

The Colorado scene is very eclectic, and very hip. Colorado is also full of stellar venues both big and small. Denver hosts its fair share of music, but the high rockies also provide very professional venues in ski towns such as Aspen, Breckenridge, Steamboat, and Keystone. That plethora of venues in relatively remote towns makes Colorado especially appealing to touring bands, as they can come to the state for days or even weeks and play many different towns and venues without repeating towns, and build a statewide fan base over time at smaller venues.

What can fans expect at your last show of the year at Cervantes Other Side tonight?

Fans can expect the same high-energy show that Oakhurst always brings to the stage, as well as some special cameos by friends and former members of the band.

Now that you’re done touring for the year, what are your plans? What are your goals for the new year?

After 8 years of full time touring, we are taking time off to spend more time at home with the people that we care about. We hope to bring a refined sound, new material and better energy into 2013, while striving for a better balance between home and the road.

Oakhurst plays their last show of the year tonight at Cervante’s Other Side with Muskateer Gripweed. Tickets are still available at the door. Doors open at 8 p.m. Show starts at 9 p.m.