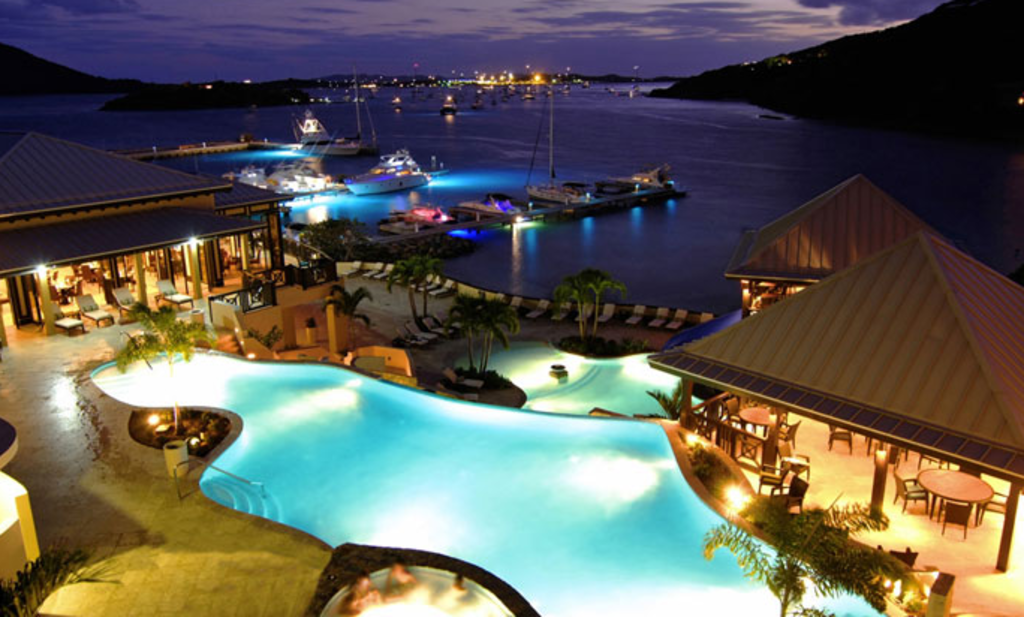 Foxy’s. Bomba Shack. The Soggy Dollar. The Willy T. It’s no secret that the British Virgin Islands are home to some of the world’s best beach bars, each serving up ice-cold drinks and a laid-back, oceanfront atmosphere year-round. But why just read about beach bars when you could hop the next flight to Tortola and start sipping your way to island bliss? This week’s pick for the ultimate weekend escape is a sweet vacation package at one of the island chain’s newest luxury properties, Scrub Island Resort, Spa & Marina.

Open for just two years, the private island resort boasts 52 luxury guest rooms and a 55-slip marina set amid 230 pristine acres, and is just a short boat ride from Tortola’s Beef Island Airport (EIS). A variety of national and regional carriers fly daily between Miami, San Juan, and other major hubs along the east coast, with easy and relatively affordable connections from the Denver area. For another low-cost option, consider booking your round-trip itinerary through St. Thomas, USVI, often a cheaper alternative to surrounding island airports, and just a one-hour ferry from both Tortola and Scrub Island.

Between now and December 21, 2012, Scrub Island Resort is offering an incredible Fifth Night Free promotion, with rates starting at just $323 per night double occupancy – a steal for luxury properties in these parts. Included in the package are king bed accommodations loaded with fine appointments, such as Fili d’Oro linens, Bulgari bath amenities, and private waterfront terraces. You’ll also have access to the resort’s three-tiered pool with a swim-up bar, a full-service spa, a variety of hiking trails, and three private beaches – the perfect way to idle away the hours in between beach-bar hopping the rest of the BVI. Cheers to that!