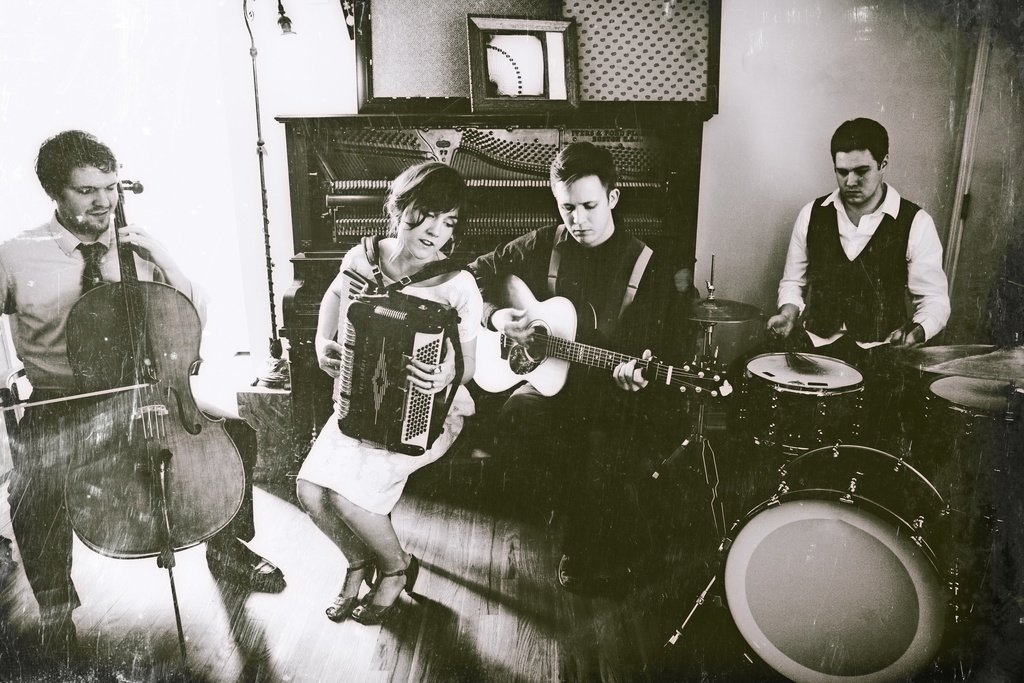 Sick of frequenting the typical Colfax-based mainstream Denver music halls? Voted by Westword as this year’s Best New Do-It-Yourself Venue in Denver, Unit E humbly resides in the Sante Fe Arts District near the corner of 12th and Sante Fe. The modest space was the brainchild of psychedelic pop rock band, Rubedo, when they leased it out in order to start a gallery that could provide an intimate platform for live events in a controlled environment. Unit E has blossomed into an art-centric, mini haven for independent bands and creatives alike to collaborate and sponsor live entertainment, as inspired by the eclectic likes of it curators. 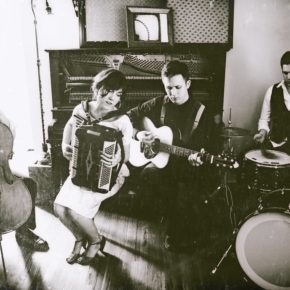 On Wednesday, August 29, Glowing House will kick off their “Middle America Tour” with a Denver show at this charming venue, running from 9pm until near midnight with tickets costing $5. And what better place to experience such an endearing duo crooning folk-rock melodies off of their new album, Days Run Out. The band is comprised of husband and wife, Steve Varney on guitar and Jess Parsons on piano and accordion, and they often invite various local musician friends along to conspire and perform together. The couple first met in a song writing class and has lived happily ever after- collectively composing integral lyrics and harmonizing folk melodies.

Co-headlining will be Chicago’s Exit Ghost, splicing traditional indie-rock with a bite of country flair, featuring tunes off of their recently released album, Move Alone. The high-energy showcase from one of the “Top 10 Illinois Bands You Should Listen to Now,” as rated by Paste Magazine, ought to parallel the enchanting and homey vibe of the Denver-based headliner. 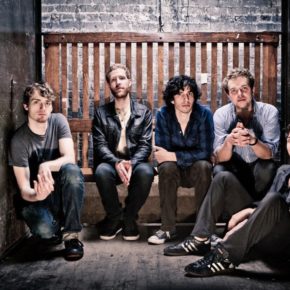 Their “Middle America Tour” kicks off here before taking off through Kansas, Texas, Oklahoma, and then off through the Midwest over the course of the next couple of weeks. Accept this open invitation to a warm evening of music in an unconventional setting and send them off in style.